What is new for PILN? 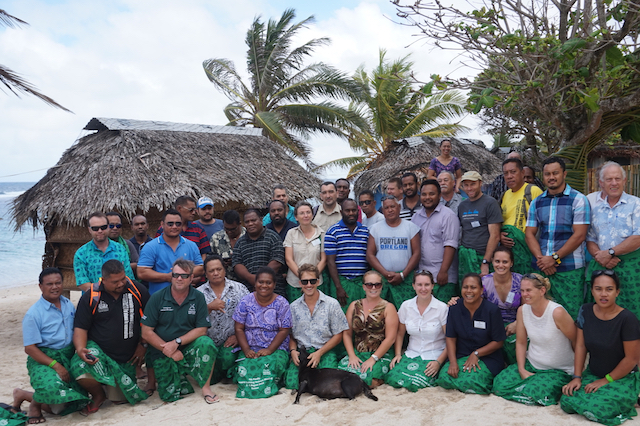 PILN members gathered in Samoa from 1–5 August for the 4th PILN meeting to celebrate successes, share lessons learned, and create new pathways forward. Check out #PILN2016 on social media to catch up on the news from the meeting. The tags #invasives and #PacificPILN also have information and stories about PILN member actions.

The 43rd Pacific Islands Forum Leaders meeting held in Rarotonga, Cook Islands from 28-30 August 2012 concluded with a communique recognising the need to invest more on invasive species. Leaders reaffirmed the importance of dealing effectively with invasive species at both national and regional levels, and requested SPREP and SPC to increase their efforts in that regard, working with other actors as appropriate. 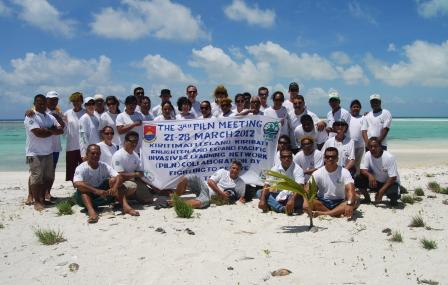 The 3rd Pacific Invasive Learning Network (PILN) meeting was held on Kiritimati Island, Kiribati, from 22 to 27 March 2012.The week-long meeting was organised and facilitated by the Secretariat of the Pacific Regional Environment Programme (SPREP) and the Government of Kiribati.

Kiritimati Island is one of the main point of entries to the World Heritage site, the Phoenix Islands Protected Area (PIPA). It is a special island that hosts one of the biggest nesting and breeding grounds of Pacific seabirds, which a few decades earlier was devastated by Pacific rats and feral cats.

Part of the week-long activities involved field trips to some of the land-locked lagoons dotted around the island, which are Pacific seabird nesting and breeding areas, to see how the populations of seabirds have grown since the eradication of the rats and other pests that preyed on these native birds.

"The PILN meeting on Kiritimati was an opportunity to celebrate and showcase the hard work of the PILN teams in the Pacific Islands region," said Dr Skelton.

"It was also an opportunity to engage countries that are interested in forming national invasive species teams and be part of PILN."

The meeting was made possible through the financial support of the Fonds Pacifique, the Critical Ecosystem Partnership Fund administered by the Conservation International, SPREP, The Nature Conservancy and the Government of Kiribati. It was strongly supported by the Pacific Invasive Partnership – an invasive species working group of the Pacific Roundtable for Nature Conservation.

The top 3 entries from each country can be submitted to the regional challenge, with entries due 30 November 2016. The regional prizes are cash prizes for the top 3 winners!