26th SPREP Meeting: Opening Statement made by the Prime Minister of Samoa 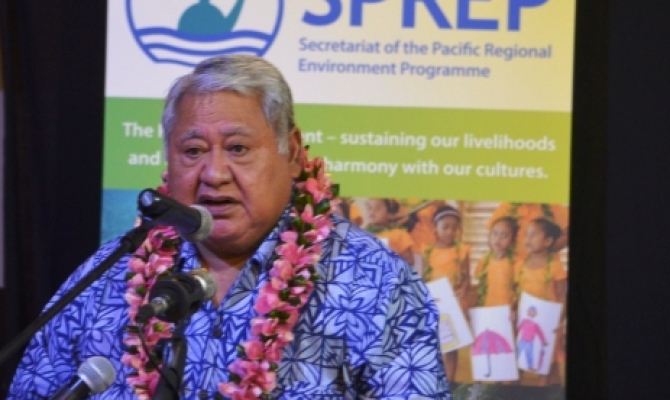 Members of the Diplomatic Corps

Members of the Development Community

Members of the CROP and UN Agencies 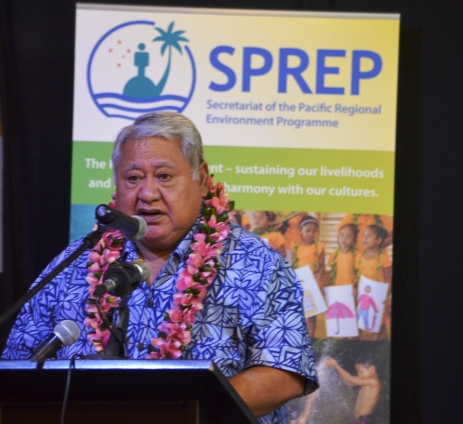 It is a great pleasure to officially open this years' SPREP Meeting.

It has been 22 years since the signing of the SPREP Agreement which established SPREP as an independent regional organisation.

SPREP arrived soon after Cyclones Ofa and Val caused immense devastation to the islands of Samoa. It was a time of rebuilding and reconstruction for Samoa and a challenging time for us all.

22 years ago marked the birth of SPREP as the Pacific's environmental agency.

There were a number of options for the location of SPREP within the region and the Government of Samoa at that time played a key role in ensuring that the decision was taken for SPREP to move to Samoa.

Since then the recognition of the environment has grown to influence national policies throughout the region.

My Government, through the Strategy for the Development of Samoa 2012 to 2016, clearly identifies the Environment Sector as one of our key national priorities.

Put simply - without a well-managed and healthy environment we will not achieve sustainable development in Samoa or any other Pacific island country.

The SAMOA Pathway is the key outcome from the landmark United Nations SIDS conference which my Government was honoured to host last year.

This conference reaffirmed the need for sustainable and durable partnerships to address the pressing challenges faced by our small islands.

When SPREP came here it had a very small but dedicated staff. Since that time the organisation has grown significantly and now has staff in Samoa, the Federated States of Micronesia, Republic of Marshall Islands, Fiji, Vanuatu, and the Solomon Islands.

SPREP is the lead agency for climate change in our region under the mandate given in the Pacific Island Framework for Action on Climate Change (PIFACC). PIFACC which ends this year has been extended by the Forum Leaders for a period of one year.

This is an issue of vital importance for me and for my fellow Pacific Leaders in our collective journey, to COP21 in Paris this year, towards the strongest possible legally binding agreement to reduce carbon emissions.

Climate change is the greatest threat to the livelihoods, security and well-being of the peoples of the Pacific and one of the greatest challenges for the entire world.

My Government recognizes that climate change is a reality, that it is an urgent issue and that we have to act now.

We are taking decisive action to adapt to climate change and to ensure an increasing part of our energy needs are met through renewable energy.

My Government has made a firm commitment to a target of 100% Renewable Energy by 2017.The share of renewable energy in Samoa has made significant progress, as witnessed by the solar installations at Faleata and Faleolo, and the wind turbines in Vailoa, Aleipata.

Other Pacific countries are making good progress on their renewable energy targets – we are doing our bit and we call on the rest of the world to do the same.

It is also a great honour for my Government to see the generous commitment of the Government of Japan for the Pacific Climate Change Centre, which will be built here in Samoa at SPREP.

H.E. Mr. Shinzo Abe, Prime Minister of Japan stated at the PALM 7 in Iwaki, Japan in May of this year "Japan's intention to provide comprehensive assistance, in collaboration with SPREP, including the development of the Pacific Climate Change Centre and capacity-building which supports the efforts for tackling climate change by the Pacific region as a whole".

The Centre will be a focus for innovation and climate leadership in this region and in the world and has the full support of my Government, as the host of SPREP.

My government believes that the PCCC is the natural and logical location for the implementation/coordination unit for the proposed "Strategy for Resilient Development in the Pacific: An integrated approach to Climate Change and Disaster Risk Management". I have already put this proposition to the Forum Leaders at their recent meeting in Port Moresby and a final decision is expected at the Forum Meeting next year.

Samoa and other Pacific island countries greatly appreciate commitments made under the Copenhagen Accord to provide 100 billion US dollars per annum by 2020 to support climate change efforts by developing countries, including by the Government of Japan.

The establishment of the Green Climate Fund, on which Samoa serves as an Alternate Board Member,and the recent accreditation of SPREP is good news for our region and will create greater opportunities for access to climate finance for our Pacific nations.

I also congratulate SPREP on its many efforts to protect and better manage biodiversity – a critical issue given that our plant and animal species in the Pacific are being lost at alarming rates.

Efforts to manage both solid and hazardous wastes by SPREP and many partners, including the EU through the PacWaste Programme, and the Japanese Government, through JICA, have also made a positive impact in our region. Samoa has been pleased to trial the innovative Fukuoka method of solid waste management which is now being more widely applied in the region.

The Government of Samoa has been pleased to partner with SPREP on many programmes over the last 22 years.

But we must not rest on our laurels as the challenges ahead for our Pacific environment are many and varied and the role of SPREP has never been more important. I urge SPREP members, donors and partners to get behind and support our regional home grown environment agency.

Samoa is a member of a host of international organisations including the United Nations and its organs, the Commonwealth, Intergovernmental financial institutions as well as our own Pacific regional organisations, to ensure that Samoa does its part to add to the collective voice and weight of our region in advancing globally issues important to the Pacific. But it comes with a heavy price tag relative to our financial resources.

Nevertheless, I am happy to advise that Samoa has made an additional voluntary host country grant contribution of SAT50,000 in recognition of the benefits of SPREP's work in addressing environment concerns of the Pacific region and our country.

In closing may I take this opportunity to convey my sincere appreciation to David Sheppard the outgoing Director General of SPREP for his outstanding service to SPREP and to our region. He has exemplified excellence in leadership, innovation, determination and a strong will for effective and enduring partnerships for the betterment of our Pacific region.

It is now my pleasure to declare the Twenty Sixth SPREP Meeting officially open.