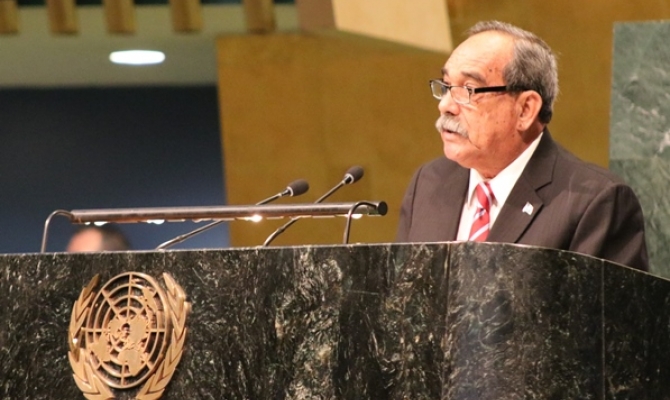 President Peter Christian of the Federated States of Micronesia said nuclear contamination is a serious threat for small island countries in the north Pacific because of claims that the fall-out from the nuclear tests conducted in the Marshall Islands may have reached as far as Palau.

"This is of tremendous concern not only for the people of the Marshall Islands but for FSM and Palau too. No feasible definitive study has been conducted to determine this and we need to hold responsible those countries that conducted these tests, said President Christian.
Between 1946 and 1958, the United States tested 67 nuclear bombs in Marshall Islands. Researchers discovered that radioactive material on Bikini Atoll produced 184 millirems of radiation a year.
Transport minister, Mike Halferty said this legacy continues to threaten the health and well-being of not just Pacific Islanders but the planet's oceans and people who depend upon them. 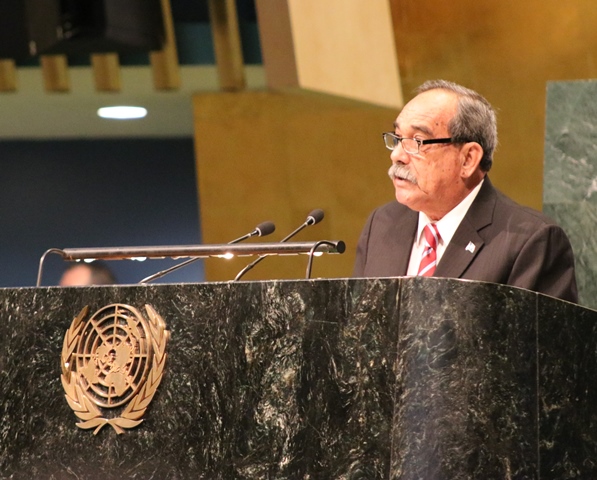 In addition, radioactive materials currently contained in Runit Dome on Enewetak Atoll are leaking into the surrounding ocean and groundwater.

"Nuclear waste is stored in the dome, which is about 15 feet high and 100 feet wide. The concrete is starting to crack and nuclear waste is leaking. We can already see that green plants around the done are dying.

The RMI is appealing to the United States to take responsibility and clean up the stored nuclear waste.

"These are beyond our capacity to address – and the longer we wait, the worse the risk and pollution grows. I can point to some anticipated progress on one vessel – the Prinz Eugen in Kwajalein, where the US military is poised to remove a leaking stockpile of oil. But this is a small dent in a much larger issue, and we truly need a regional and international dialogue, said Minister Halferty.

Samoa's Prime Minister and chairperson of the upcoming Pacific Forum Leaders Meeting in September, Tuilaepa Sailele Malielegaoi assured FSM and Marshall Islands the issue will be on the agenda of the annual Leader's summit when they meet in Apia.

"This is a concern not only for Marshall Islands and FSM but for the whole Pacific region and a concern for our future generations. The risks have the potential to impact on the health of our people. We hope to have this issue discussed with Post Forum Dialogue Partners when they meet with the Pacific Leaders in Samoa in September this year.

This effort is supported by an urgent call from the rest of the Pacific Small Island Developing States to the UN and countries responsible to undertake without delay an immediate clean up and restoration efforts in areas contaminated by nuclear testing and pollution from shipwrecks and Word War 2 relics. – M.Komai/SPREP