What are POPs? Check out the factsheet

The GEFPAS Persistent Organic Pollutants (POPs) Release Reduction Project through improved management of solid and hazardous waste, is a 5 year, US $ 3.75 million project funded by the Global Environment Facility (GEF) supported with Agence Franaise de Developpement (AFD) co-funding, that is implemented through the United Nations Environment Programme (UNEP) and the Food and Agriculture Organization (FAO), and executed by Secretariat of the Pacific Regional Environment Programme (SPREP).

Persistent Organic Pollutants (POPs) are hazardous substances that do not break down quickly and therefore remain in the environment for a long time. POPs can travel long distances through air and water, bio-accumulate in the fatty tissues of animals and are considered some of the most toxic cancer causing chemicals for human beings. However, many POPs have uses in disease and pest control, crop production and industrial processes and are produced intentionally for specific purposes. Other POPs are produced as unintentional by-products of human activities such as burning which is a highly polluting and common in Pacific island countries. 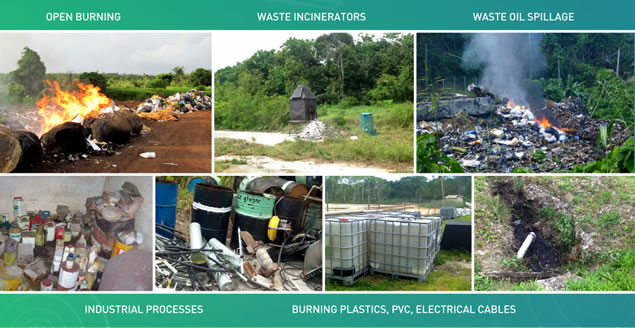