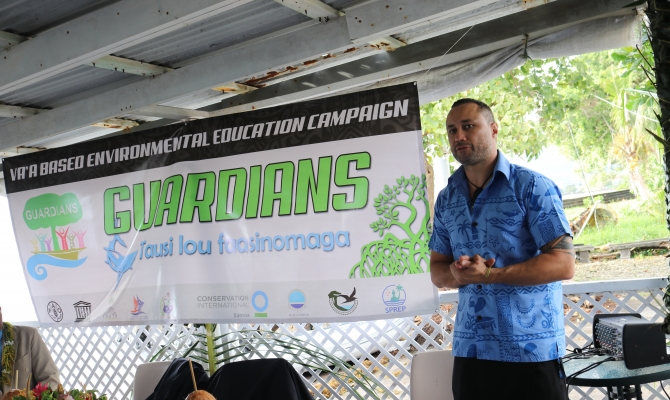 The Gaualofa, Samoa’s traditional canoe is transforming into a floating classroom over the next two weeks as the initial phase of Guardians a Va’a Based Environmental Education Campaign was launched yesterday in Samoa.

The two year campaign aims to bring effective resource management in Samoa through an enhanced understanding of key environment issues and the actions that can be taken to address these.  It is hoped people will be encouraged to protect their environmental heritage hence the name of the campaign, Guardians.  This will be done through environmental modules that were developed in May this year, the modules span five key important themes those being Trash Star, Coral Champion, Tree Guardian, Wise Fisher, and Samoan and Cultural Voyager.

The first two weeks of the campaign will see the Gaualofa sail to, and spend time in Aleipata, docking at selected sites to present the environmental modules with local children and youth of different communities.

“These modules will impart unforgettable environmental knowledge important to being able to live sustainably on an Island that the youth needs to know,” said Mr Schannel van Dijken, Conservation International Samoa Director, and President of the Samoan Voyaging Society. 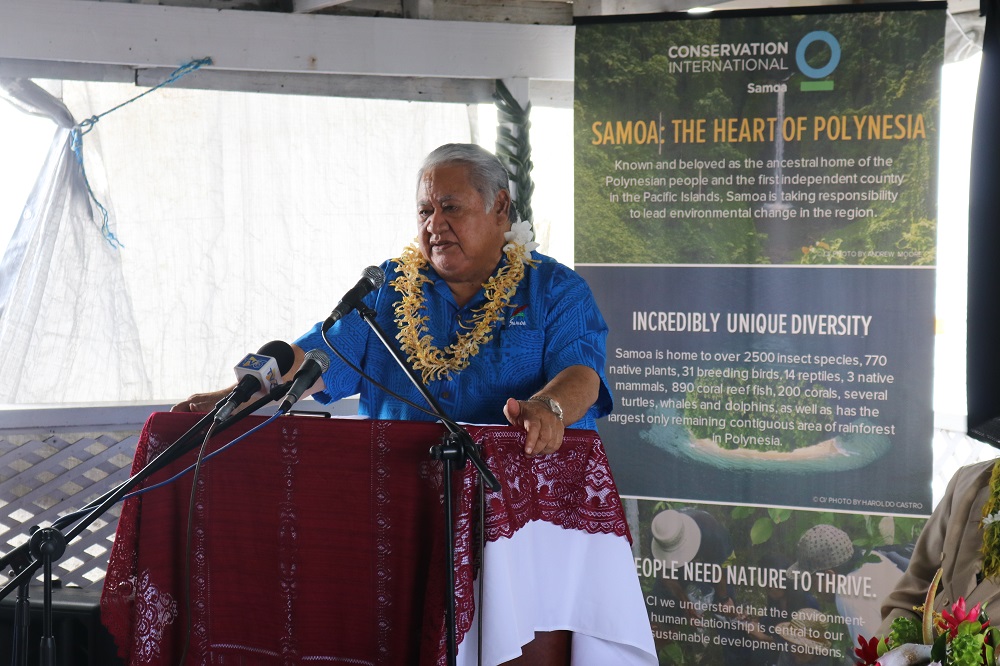 SPREP commends this initiative and looks forward to the outcomes, having participated in the development of the environmental modules, one in particular being the Trash Star module activity which focuses on disposing of waste, wisely for a healthier Samoa.

“This is a great partnership for SPREP to use the va’a as a floating classroom,” said Mr Anthony Talouli, the Officer in Charge of Waste Management and Pollution Control of SPREP.

“The va’a as a floating classroom presents the unique opportunity to engage communities and use the concept of traditional voyaging as a transformational tool to address environmental education and behavioural at all levels including children, youth, adults, and village and church elders.” 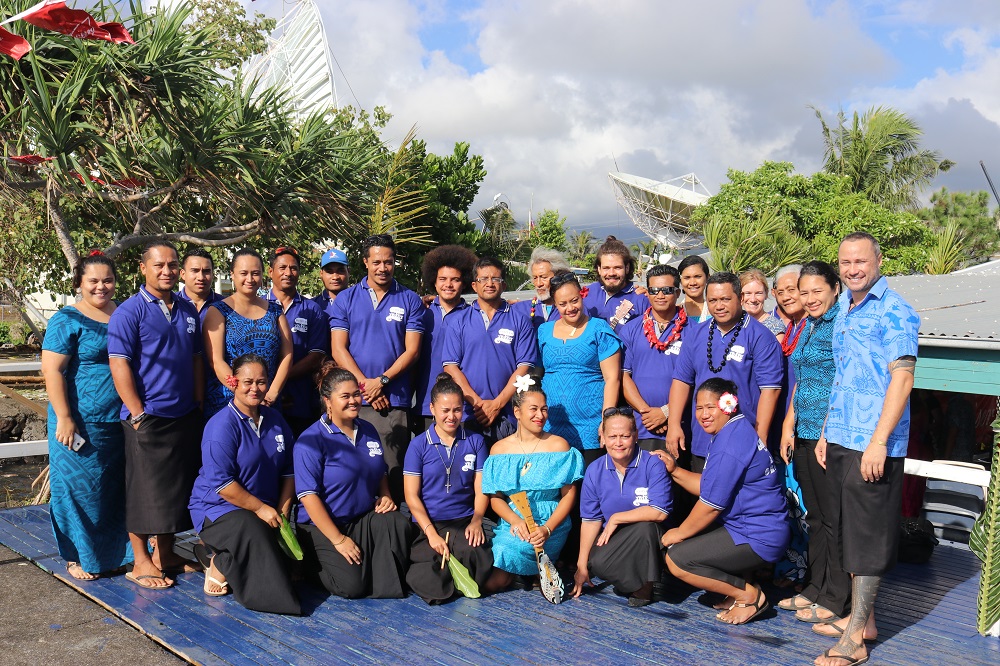 The campaign will also promote sustainable management of the fisheries resources for continual benefits for Samoa, especially in the area of shark conservation.  Sharks play a huge role in the ecosystem as they keep our ocean healthy.

“Given the fact that over one million sharks are being killed every year is saddening, therefore, it is important that we carry out these awareness programs to prevent fishing of sharks, turtles as well as other marine species that are threatened and vulnerable in our waters. The use of the va’a as a platform to take out these messages is unique way of delivering awareness programmes,” said Ms Juney Ward, the Sharks and Ray Conservation Officer of SPREP.

The Va’a Based Environmental Education Campaign was officially declared opened by the Hon. Prime Minister of Samoa, Tuilaepa Sa’ilele Malieilegaoi,yesterday with plans for the Gaualofa and the Va’a based environmental education team to sail towards Aleipata to begin their initial two week programme.