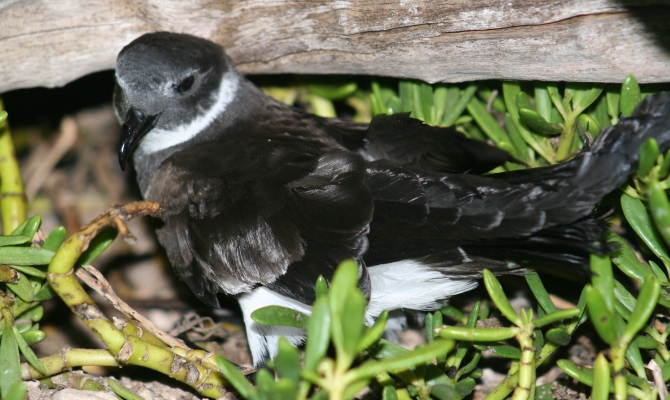 To tackle the threat that invasive species pose to endemic species, Kiribati has developed the National Invasive Species Strategy and Action Plan 2015-2020 (NISSAP) which states that Kiribati is currently addressing some of the issues associated with invasive species “outstandingly well,” especially in the Phoenix Island Protected Area and on the atoll of Kiritimati (Christmas Island).

Along with the NISSAP an outline for a Proposed Eradication of Feral Cats from Malden Island and Guidelines for Monitoring Birds and Invasive Species at Kiritimati has been developed.

The efforts to address invasive alien species outlined in these documents are important for reaching SDG Target 15.8 on introducing measures to prevent the introduction and significantly reduce the impact of invasive alien species on land and water ecosystems and control or eradicate the priority species by 2020. They also contribute to achieving Article 5.1 of the Noumea Convention for the Protection of Natural Resources and Environment of the South Pacific Region and Related Protocols on ensuring sound environmental management and development of natural resources.

According to the ‘Guidelines for Monitoring Birds and Invasive Species at Kiritimati, Kiribati,’ the country is home to a diverse flora and fauna, including 21 breeding sea bird species, many of which are considered globally important and two of which are under threat of extinction, in part due to invasive species including two species of rat and feral cats. Other threats to sea birds include poaching, pollutants from commercial fishing and potential impacts of climate change on food availability and the quality of nesting areas.

The Guidelines were initially created by the Wildlife Conservation Unit in 2012 with support from conservation biologists Pierce, Brown and VanderWerf (and updated in 2018) to help manage and monitor birds and invasive species on Kiritimati. These efforts are especially important for the Kiritimati populations of endangered species such as the Phoenix Petrel (Te Ruru), White-throated Storm-Petrel (Te Bwebwe ni Marawa), and vulnerable Christmas Island Warbler (Te Bokikokiko), with Kiritimati being the stronghold for all three of these species.

The NISSAP outlines previous successes regarding the removal of invasive species throughout Kiribati. For example, the removal of rats from two of the Phoenix Islands Protected Area (PIPA) islands and many islets within the Kiritimati lagoon have resulted in locally improved nesting productivity and greater seabird numbers.

Despite the successes, the NISSAP notes that resources are limited, and there is a need to ensure that efforts are well-directed and effective “towards achieving a sustainable livelihood for people and environmental values.” [Publication: National Invasive Species Strategy and Action Plan 2015-2020] [Kiribati Environment Data Portal] [Pacific Environment Portal]

This story is based on an original story written by Dina Hestad, PhD, of the International Institute for Sustainable Development. It was made possible with funding support from the Government of Sweden through the UN Environment Programme and was developed with the Secretariat of the Pacific Regional Environment Programme (SPREP) using the Pacific Environment Portal, which enables users to find, access and use regional and national data. The portal has been developed by the regional UNEP-GEF Inform project executed by SPREP, which has established national environment data portals in 14 Pacific island countries to help address the challenges of storing and accessing data. The online database of information and datasets aims to help improve decision making and reporting on the environment.

You can read the original story in this link.