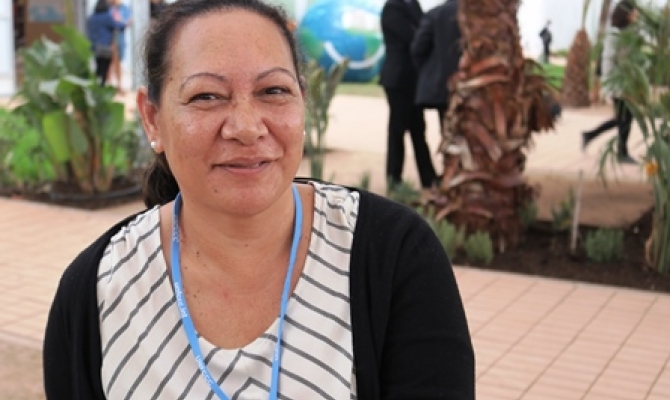 Climate Change Resilience
11 November 2016, UNFCCC COP22, Marrakech, Morocco - Plans to launch 'Living with Change: Enhancing the Resilience of Tokelau to climate change and related hazards, 2017-2030' (LivC), early next year, is on the table for the island atoll which has delegates attending the twenty-second Conference of the Parties to the United Nations Framework Convention on Climate Change in Marrakech, Morocco (UNFCCC COP22) as part of the New Zealand delegation.

Ms. Paula Faiva the Climate Change Manager and Mr. Penehuro Lefale, Senior Advisor, Climate Change, are here not only as part of the New Zealand delegation but they are also here to support and work alongside with the rest of the Pacific family attending COP22. 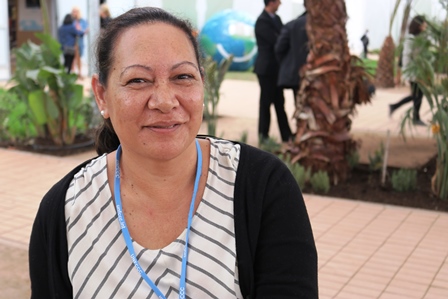 "We also want to make sure that our own national climate change and development priorities are taken into account by the international community, even though we are not a party to the UNFCCC and the Paris Agreement due to our political status," said Ms. Faiva.

Climate change is a priority for Tokelau, a non-self-governing territory of New Zealand which consists of three small coral atolls – Atafu, Nukunonu and Fakaofo that are three to five metres about sea level. Its total exclusive economic zone is approximately 300,000km2 and it has a population of approximately 1,499 in the latest census just completed last month.

"Climate change is a huge challenge for Tokelau, we have identified it as a key constraint to our development, thus we have to pro-actively address it in our development plans. We have a lot to lose and being here at the COP22 is a good opportunity for us to let the world know that when they are making decisions, they need to be aware of us, the people on the front lines," said Ms. Faiva.

For the past three months, Tokelau has undergone a strong consultation process as part of developing its LivC Strategy. Undertaking a collective approach to ensure inputs from all community members of all ages, it will be launched next year once final endorsement has been made.

The vision of the LivC Strategy is for Tokelau to be a climate resilient and ready nation, with healthy ecosystems, communities, and economies that are resilient in the face of change. The LivC identifies three inter-related strategic Climate Resilient Investment Pathways (CRIP) that need to be supported and pursued by Tokelau and her development partners, working in partnership, in order to enhance her resilience and readiness to climate change and related hazards, and in the context of national sustainable development. The three CRIPs are: 1 Mitigation: Decarbonisation development, 2. Adaptation: strengthened integrated risk reduction and enhanced climate change and disaster resilience; and 3. Human Development.

Tokelau boasts at least 90% renewable energy sources for the island atolls electricity, having achieved this historical milestone in 2012, being the first in the world to do so. 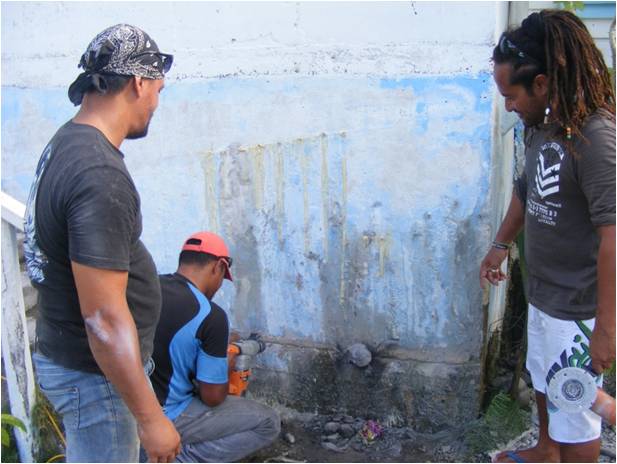 Repairing water tanks in Tokelau during the PACC+ Project

In 2014 approximately 250 homes in the villages of the three atolls received new water tanks and a community tank, or had their current water tanks repaired as part of the Pacific Adaptation to Climate Change Plus Project (PACC+). This came after a drought in 2011 in which Tokelau rationed water for a month after 75% of households had no water and communal tanks with only 30% capacity if unsafe water remaining.
Having completed a situational analysis, the LivC Strategy will help guide future climate change developments in order for Tokelau to become a climate resilient and ready nation.

"We learnt from our elders that our traditional knowledge is changing as our climate changes, a lot of our species have disappeared and erosion is such a big issue in Tokelau with the sea level rise. We have to address all of these and achieve our vision of being a resilient nation that is prepared for what may come." - #4PacIslands