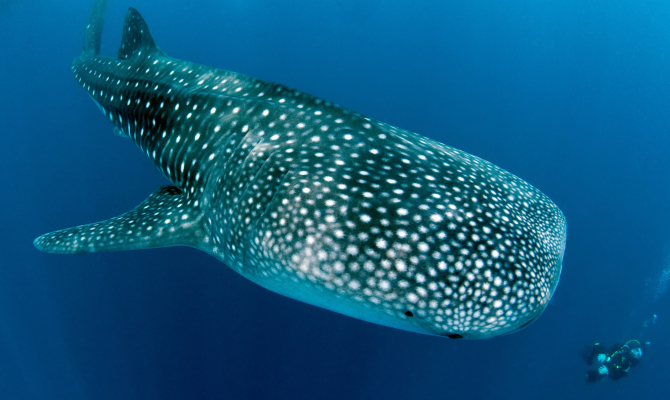 15 June 2022, Apia, Samoa – The Pacific Ocean is the largest continuous marine habitat in the world. It is home to a diverse range of large marine species such as whales and dolphins, dugongs, marine turtles, sharks and rays, and seabirds. The contribution of these species to ecosystem services and livelihoods is crucial for Pacific peoples, but they are increasingly under threat.

This week, the Secretariat of the Pacific Regional Environment Programme (SPREP) Island and Ocean Ecosystems (IOE) programme launched the Pacific Islands Regional Marine Species Programme 2022-2026 as part of a week of celebrations of the organisation’s 29th anniversary.

Marine species in the Pacific region face a number of conservation challenges, including fisheries management, marine pollution, overharvesting and climate change to name a few. The PIRMSP will support Pacific governments and others working in the Pacific by providing a strategic framework for managing and protecting these iconic species.

Management and protection must incorporate and recognise cultural knowledge and conservation practices and as part of public awareness. A key role of SPREP is support capacity building and secure human and financial resources to implement the action plans.

Mr Stuart Chape, Director of IOE, acknowledged the work of SPREP’s advisers and officers in the development of the Action Plans since 2003 when the species action planning process started. He also recognised that the work would not have been possible without the support from partners, donors, governments, specialist organisations and academia, which was essential in providing the knowledge and research to ensure that the Action Plans reached the highest standards possible.

“I am pleased to see that this iteration of the programme also includes a Seabirds Action Plan. This has been a gap in our threatened migratory species programme for several years, and I’m glad that we’re finally able to fill that gap and add this new action plan to the other critical species groups for which we have already developed action plans,” Mr Chape said.

The previous PIRMSP was implemented from 2013-2017, after which a review was conducted in 2017 and a supplementary plan for sharks and rays was added. Ms Hannah Hendriks, who was seconded to SPREP from the Department of Conservation, New Zealand, undertook a review of implementation with SPREP Members in 2020. The feedback received from this review assisted in drafting a new programme for 2022-2026.

The new PIRMSP will be implemented from 2022-2026 through the accompanying action plans, and will support Pacific peoples to take a primary role in achieving a healthy Pacific Ocean with thriving populations of marine species and the associated ecosystems on which they depend and contribute, which assures the aspirations of Pacific island peoples and protects their natural and cultural heritage.

The PIRMSP 2022-2026 is available online and can be downloaded from the SPREP Virtual Library at this link: https://bit.ly/3n80VQ8 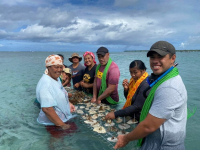 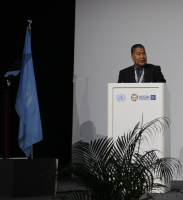 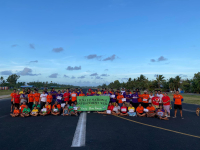 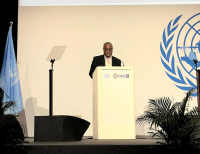