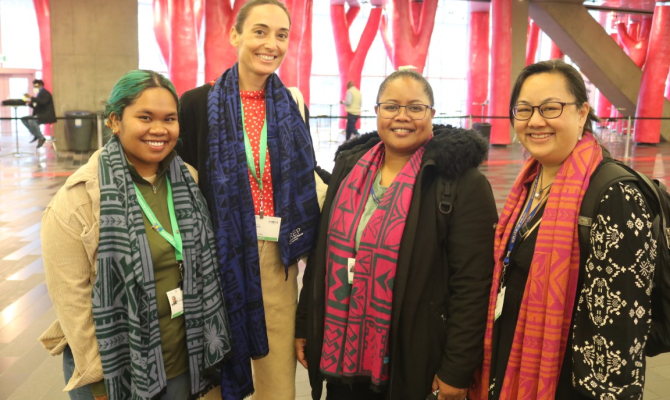 06 December 2022, Montreal, Canada - The below zero temperatures in the city of Montreal Canada has not dampened the spirits of Pacific delegates, who have travelled from wide and far to amplify our Pacific voice and priorities, at the 15th Conference of the Parties to the Convention on Biological Diversity (CBD COP15).

More than thirty delegates from Pacific countries are among delegations from 196 countries meeting from 07 December until 19 December 2022, to try to build a new global biodiversity framework that will essentially become a blueprint to save the planet’s dwindling biodiversity. The Post-2020 Global Biodiversity Framework will be the first global framework on biodiversity adopted since the Aichi Biodiversity Targets in 2010.

“The writing on the wall is clear, our planet is in crisis. It is estimated that humans have altered over 97% of ecosystems worldwide, to date. One million species are currently threatened with extinction,” said the Executive Secretary of the United Nations Convention on Biological Diversity, Ms Elizabeth Mrema. “We need to act now to bend the curve to halt and reverse biodiversity loss. COP 15 will be the most crucial and decisive step towards a better and more sustainable future for generations to come. This is our chance. It’s time to decide on a future.” 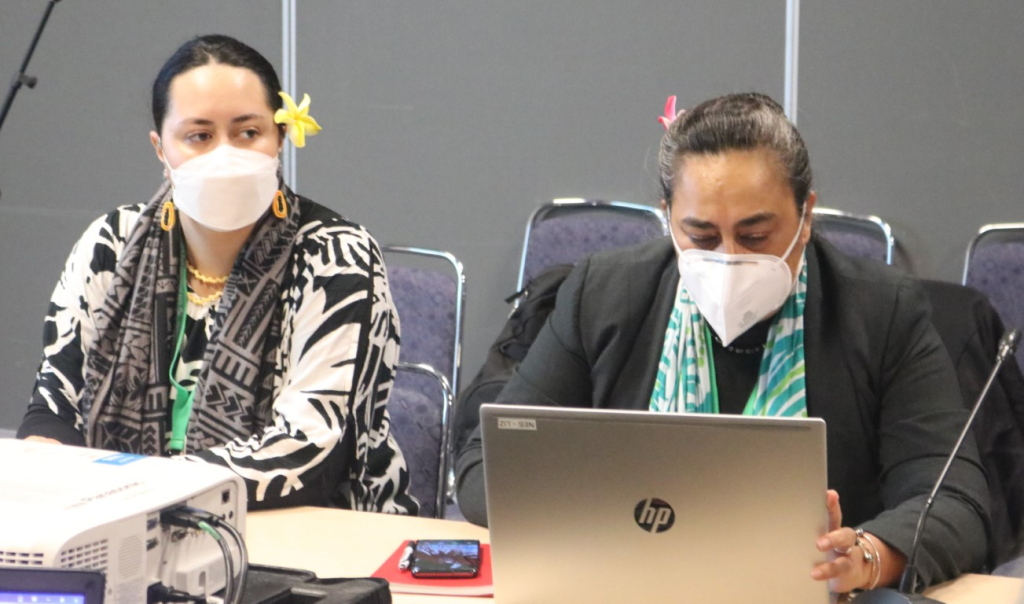 The Secretariat of the Pacific Regional Environment Programme (SPREP), as the mandated inter-governmental organisation created by the Pacific island countries for the protection of the Pacific environment, has been providing support to all the Pacific delegations, and will work with the Chair of the Pacific Small Island Developing States (PSIDS) to coordinate our One Pacific Voice.

“It’s great to be here. For the Pacific countries and everyone involved, it has been a long journey with all the postponements due to COVID19 but that has allowed us to do a lot more work in terms of preparing our countries to be able to come here and amplify our Pacific voice,” said SPREP’s Biodiversity Adviser, Ms Amanda Wheatley.  The work to amplify the one Pacific Voice will be guided by the Pacific’s key messages in Montreal, which the countries have worked to develop over the past two years     .

“It is of critical importance to the Pacific islands region to have an effective and coherent Global Biodiversity Framework that reflects the needs of Pacific island nations and contributes to conserving their unique biodiversity,” Ms Wheatley articulated.

The Convention on Biological Diversity was inspired by the world community's growing commitment to sustainable development. It represents a step forward in the conservation of biological diversity, the sustainable use of its components, and the fair and equitable sharing of benefits arising from the use of genetic resources.

Originally planned for Kunming, China in 2020, COP15 was postponed due to the COVID-19 pandemic and later split into a two-part event.  Part 1 was held in Kunming last October while the decision to relocate the conclusion of COP15 to Montreal was made by the Bureau of the Conference of the Parties, in consultation with the CBD Secretariat and the Governments of China and Canada.

Delegations from the Pacific have had to overcome tremendous odds to be in Montreal. The chaotic nature of post COVID-19 travel had resulted in several days of travel itineraries. Some officials are coming to Montreal right after having attended the Climate Change COP27 in Egypt and the most recent treaty negotiations in Uruguay to tackle global plastic pollution.

Despite the challenges, they are determined to ensure the needs of our island biodiversity are reflected in the Post-2020 Global Biodiversity Framework. 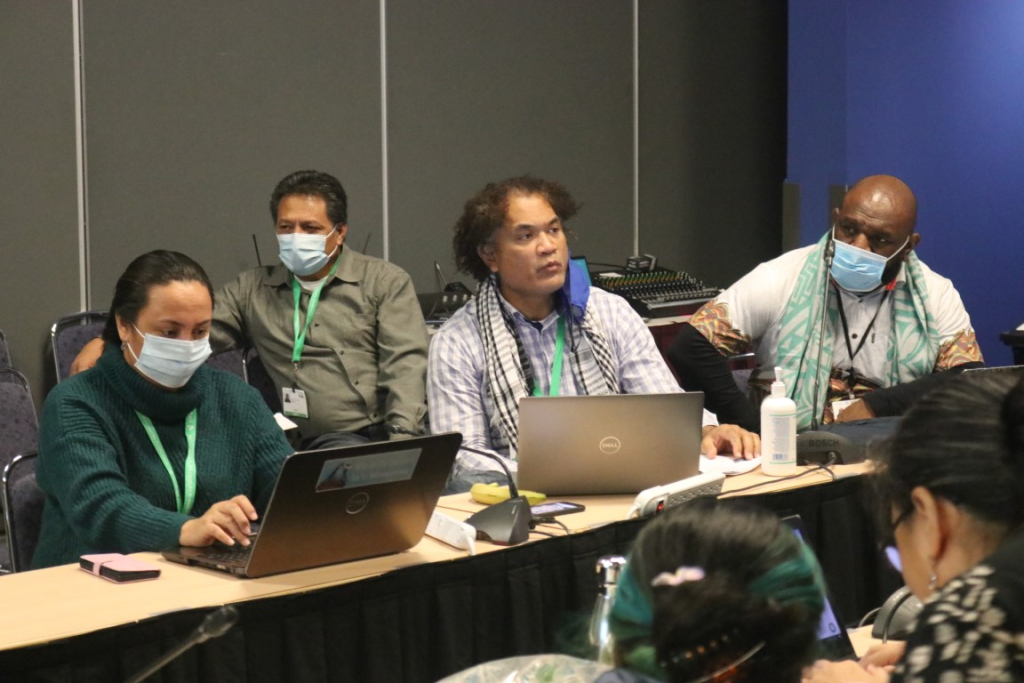 “The CBD COP 15 sessions are high level global talks, like the climate change COP and other global negotiations. For all of the Pacific delegates here, we see our role as working together and amplifying our one Pacific voice to get the best outcomes for our people and our communities,” Ms Wheatley said.

“We want the decisions being made here to be translated to meaningful actions in all Pacific countries so the communities can benefit from the outcomes of these discussions. For all the countries that are here, when and after the adoption of the global biodiversity framework, they will then return home and look at how they put these in national biodiversity strategies and national action plans, and seek support from donors and partners to implement it. This is why the Pacific’s participation is so important.”

One of the key messages from PSIDS is that Pacific countries could be faced with a bigger burden than others when implementing this framework because they are small island developing states.

“We have to monitor and report back and one of the challenges for the Pacific is that half of this data doesn’t even exist to be able to do this monitoring: to know what is your baseline is at the moment and how you’re progressing. We’re here calling for assistance from donors and partners to be able to monitor and accurately represent Pacific islands biodiversity and management actions, in line with our strong political will.”

There is quiet anticipation that the next two weeks will end on a high note with the 196 countries adopting a new global biodiversity framework.

“The sheer volume of work for the delegates is quite a challenge. The Pacific will be divided into different groups to try and cover all these issues,” Ms Wheatley said. “It’s going to be busy and chaotic but we are organised and coordinated. I think you’ve just got to be adaptable and flexible.

There will be plenary meetings, side events, parallel events happening at the same time but we hope there is political will across the countries of the world  to get the biodiversity framework adopted.

“SPREP is here to provide technical support and any other assistance our Pacific countries may need and to follow the discussions because sometimes due to the limitations in delegation numbers, they are not     able to follow all the sessions happening at the same time.”

“There is a range of experience here, we have some new delegates and some wise experienced delegates who have done this for many years, so our role is to support all on their COP journey.”

There are also a couple of firsts. For instance, this is the first time at CBD COP that there is a One CROP approach, coordinating the agencies created by Pacific island countries to support their sustainable development.

“For biodiversity it has been usually just SPREP but this time we have the Pacific Community (SPC) and Office of the Pacific Ocean Commissioner (OPOC) joining so we have adopted the approach that climate change takes and brought on our partners in a coordinated approach. It’s great to strengthen the team so that our Pacific voice can be strengthened and further amplified,” said Ms Wheatley.

“We are also looking forward to working with the chair of PSIDS who is coming for the first time to a biodiversity COP. To see the bar raised in terms of political will and ambition is a fantastic outcome we hope can attract more financial and capacity support for our Pacific countries and our communities.”

The Fifteenth Conference of the Parties to the UN Convention on Biological Diversity (CBD COP15) is held in Montreal, Canada from 7 – 19 December 2022.  Chaired by the Government of China, the CBD COP15 will result in a new Global Biodiversity Framework that will continue the 2020 Biodiversity Targets with the global goal of halting biodiversity loss.