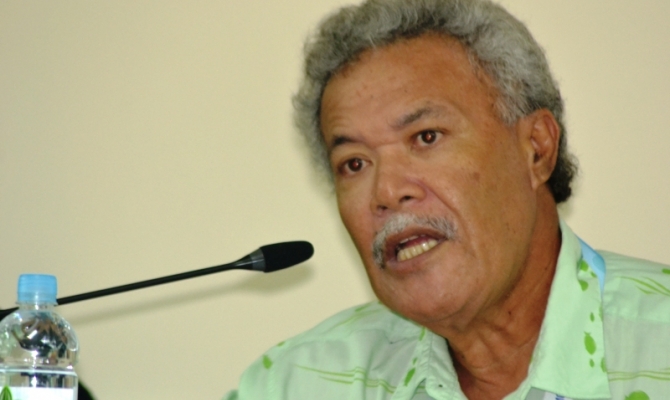 By Makereta Komai, Editor PACNEWS
4 September 2014, Apia, Samoa - Tuvalu’s Prime Minister, Hon.  Enele Sopoaga did not mince his words when he told delegates at the United Nations Conference of Small Island Developing States (SIDS) that his island nation will only support countries at the United Nation that are sympathetic to its climate change demands.

He was making reference to developed countries that have come to the Pacific to lobby for votes for a seat at the United Nations Security Council and other UN agencies.

At the recent Pacific Islands Forum Leaders meeting in Palau, Forum Island Countries pledged their support for New Zealand’s bid for a non-permanent seat the UN Security Council for the period 2015-2016 to maintain a Pacific voice in the UN body that addresses international peace and security. The Forum communiqué urged Pacific Leaders to adhere to their decision. 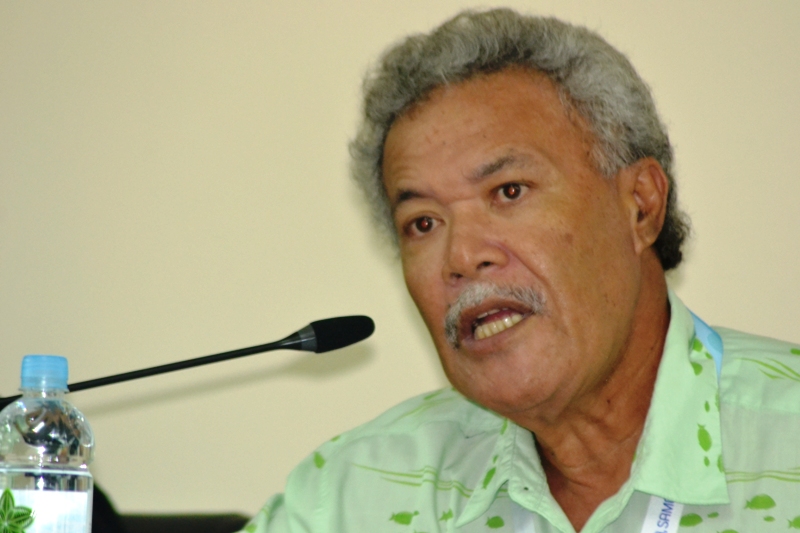 Not naming countries, PM Sopoaga said, “My message is clear, if you don’t support us, we won’t vote for you.”

“For us, mutual trust and confidence is very important. If you aren’t able to meet that then you don’t have our vote."

The Tuvaluan leader, who is a respected climate change negotiator and served as Tuvalu’s first Ambassador at the United Nations said his country set up office in New York for the sole reason to tell the international community of the plight of his people from the impact of climate change.

“This was done so against other priority areas of health and education. While it was an expensive policy for the government to set up office in New York, we had to do so because of the impact of climate change on the lives of our people," Sopoaga explained.

Since the establishment of Tuvalu Permanent Mission in New York, the island nation has been very vocal with other Pacific Island Small Island Developing States (PSIDS) to push for more international recognition of the vulnerabilities of the islands and urging developed nations to take responsibility for their actions.

Linking the S.A.M.O.A Pathway to climate diplomacy, PM Sopoaga said there are a number of omissions in the proposed Outcome document that has been adopted.

“I have raised this in my statements but since all the countries have agreed to the text, we have to move forward it and use it as a stepping stone for pushing the SIDS agenda for sustainable development." 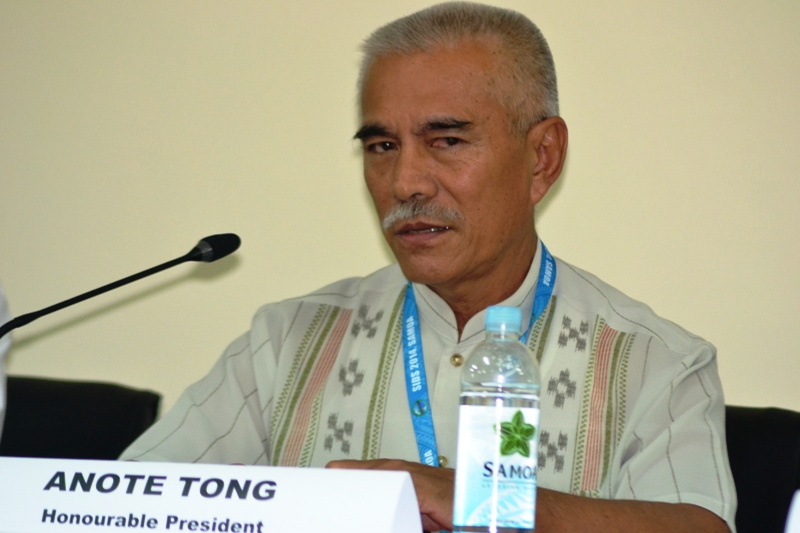 Another vocal Pacific Island Leader, President Anote Tong of Kiribati said the reality of climate diplomacy is “you scratch my back and I scratch yours. The problem is that some backs are too big and some are too small.”

Marshall Islands climate diplomacy is based on using visionary leaders to take up the fight at the global level.
President Christopher Loeak used the Majuro Declaration on Climate Change during his term as chair of the Pacific Islands Forum to appeal to the global community to take action.

Another strategy that worked in favour of Marshall Islands was the impact of climate change on Kwajalein Atoll, home of the US Army base.

“The fact that Kwajalein will not be immuned to climate change was a game changer for us. It is not only a concern for us but now security issue for the U.S as well," said Minister de Brum.

“If it affects their national security, then the U.S will act," he told the gathering.

The three Pacific Leaders were speaking at a side event, titled, “Climate Diplomacy: Foreign Policy Challenges in the Context of Climate Change in Pacific islands". Also presenting at the event was Prof. Elisabeth Holland of the University of the South Pacific, Dr. Hoesung Lee, Vice-Chair of the IPCC and Dr Netatua Pelesikoti of SPREP.  The panel was moderated by Alexader Carius, Director of Adelphi.