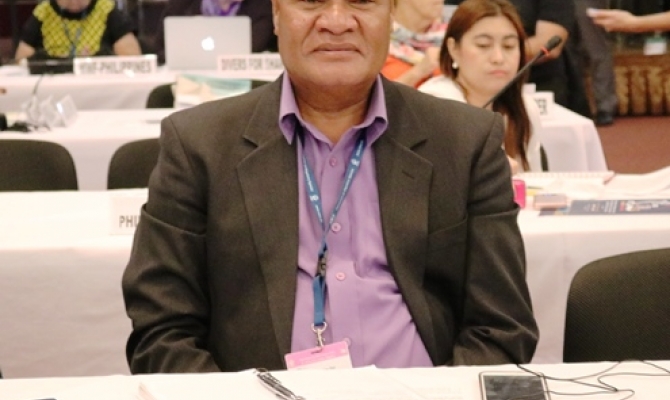 Island and Ocean Ecosystems
"The biggest support that CMS did provide was in 2013, this was during the "Year of the Dugong" and this was the highlight of the CMS support. It made a positive impact by preventing the sale and consumption of dugong in Daru Island reducing it by 90%." – Mr Vagi Regi, Papua New Guinea.

26 October 2017, Manila, Philippines - Of the twenty-one Pacific island countries and territories, four are Parties to the Convention on the Conservation of Migratory Species of Wildlife (CMS), the global agreement that promotes international collaboration to conserve migratory species. 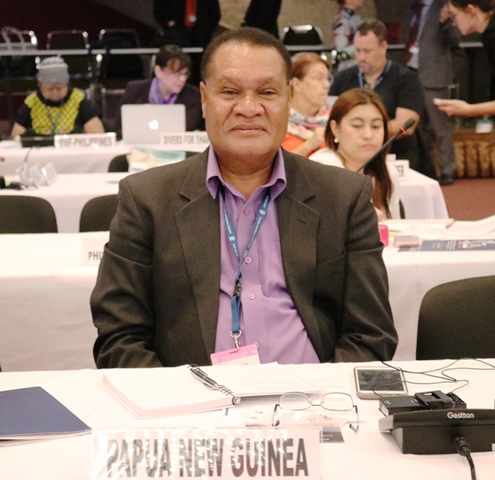 Cook Islands, Fiji, Samoa and Palau help make up the 124 different Parties to the CMS that are meeting in Manila, Philippines this week for the Twelfth Conference of the Parties. Also attending in observer status is Papua New Guinea, represented by Mr Vagi Regi Manager of the Marine Ecosystems Branch of the Conservation and Environment Protection Authority (CEPA), Sustainable Environment Program, Marine Division of Papua New Guinea.

Although a small number of the Pacific islands are Parties to the CMS, their impact upon migratory species and the Convention is immense. At the CMS COP11, Fiji was successful in listing nine species of mobulid rays to both appendices of the CMS, at the CMS COP12 now three years later, Samoa were successful in their proposal to list the blue shark on Appendices II, an initiative jointly undertaken with Sri Lanka.

We find out more from Mr Regi about the role of the CMS in Papua New Guinea.

Q: What value does Papua New Guinea see in the Convention on Migratory Species?
Mr Vagi Regi: "PNG has been working very closely with the CMS since 2003 initially through SPREP and the Regional Marine Species Program. PNG was committed to the development of the Marine Turtle Action Plan, the Dugong Action Plan and the Whales and Dolphin Action Plan. The CMS Secretariat provided support through SPREP to support mainly our Marine Turtle tagging program mainly for the leatherback turtles and supported through the public education and awareness program.

PNG, however did not ratify the CMS convention which in 2006 was supported through former Prime Minister Sir Mekere Morauta. The substance of endorsing PNG was to support the South Pacific Whale Sanctuary in which countries like Samoa, Fiji, Tonga, Cook Island, to name a few, declared their waters as a Whale Sanctuary and the invitation was made for PNG to follow. This however, never took placed.

In 2010, PNG was invited by CMS Secretariat to facilitate a second attempt to request PNG to recognise efforts that were implemented by CMS to become a fully pledged member. PNG, in 2010 during the SPREP Meeting that was hosted by PNG only signed onto 3 MoU those being the Marine Turtle MoU, Dugong MoU and the Shark MoU.

In 2010 PNG was able to conduct market surveys for Dugong in the country, with financial support from the CMS Secretariat. The survey was conducted for the four sites of Manus, Madang, Western Province, and West New Britain.

The biggest support that CMS did provide was in 2013, this was during the "Year of the Dugong" and this was the highlight of the CMS support. It made a positive impact by preventing the sale and consumption of dugong in Daru Island reducing it by 90%.

The CMS also provided support for the development of the Dugong and Marine Turtle Management Plan for the Western and mainly for the 14 Treaty communities. Further follow-up researches was also conducted and this was mainly conducted by Dr Nicholas Pilcher and Dr Jeff Kinch. 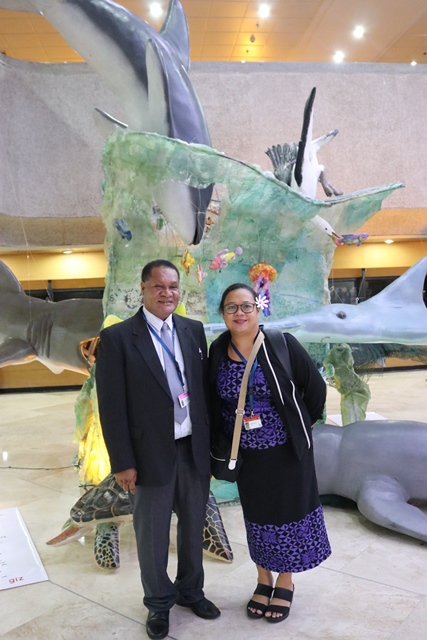 Q. As an observer, are there plans in place for PNG to sign up to CMS?
Mr Vagi Regi: "Negotiation is currently underway with the Department of Foreign Affairs and Trade and the Department of Attorney General with technical advice from the Conservation and Environment Protection Authority (CEPA) and other cross-cutting agencies for an urgent technical meeting to discuss this matter further. PNG must be aware that this CMS Convention is aligned with the World Ocean Conference and is very much linked with the SGD 14. PNG is a member to CITES and these two conventions and linked to ensure its implementation of all wild animals from the land air and sea are protected."

Q. What are the key migratory species of PNG that they would like to see protected?
Mr Vagi Regi: "PNG has signed three MoUs which I have already mentioned. The most recent of events which unfolds now is to get all marine turtle protected, with focus on Hawksbill and the Green Turtle. Major threats are imminent to seriously consider whales and dolphins. PNG must protect the East Australasian Flyway for the Siberian curlew which starts its migration from China to Australia and returns. PNG also needs to conduct an inventory of some of the terrestrial plants and animals to document their population to verify their status towards getting these wild animals listed.

PNG must sign to the CMS Convention to become a fully pledged member country and be able to have a voice in such events. PNG is now becoming a hub to increase whales migrating through our deep oceans and request have been submitted but consideration, however, has been no in our favour. The Secretariat of the Pacific Regional Environment Programme (SPREP) has done its part and now it will be up to the sovereignty of PNG to reconsider and sign to this important convention to become a member state."

The CMS COP12 is held from 23 to 28 October, 2017 in Manila, Philippines. Under the CMS Groupings, the Pacific islands is part of the Oceania Region which consists of Australia, Cook Islands, Fiji, New Zealand, Palau, Philippines and Samoa. For more information please visit: http://www.cms.int/en/cop12