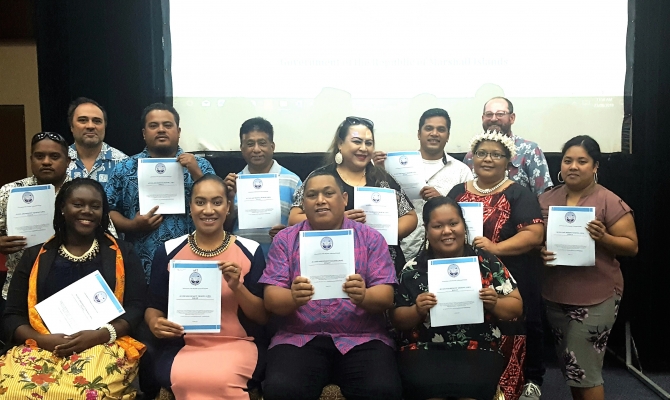 The Republic of the Marshall Islands acceded to the Nagoya Protocol on Access to Genetic Resources and the Fair and Equitable Sharing of Benefits Arising from their Utilisation to the Convention of Biological Diversity, on 10 October 2014.

The Marshall Islands also joined the global community in adopting the Aichi Biodiversity Targets, which includes specific strategic goals to address the underlying causes of biodiversity loss through illegal access and utilization of genetic resources and associated traditional knowledge.

Although much progress has been made since the launch of the Secretariat of the Pacific Regional Environment Programme (SPREP) Access and Benefits Sharing (ABS) Regional Project in 2017, some key objectives and recommendations on the need to reform institutional arrangements and develop regulatory and policy frameworks have yet to be implemented.

Institutional responsibility for the implementation of ABS is fragmented and a clear policy and institutional arrangement for ABS is required to implement the government’s obligations under the Protocol.

On March 7, 2019, the Office of Environmental Planning and Policy Coordination (OEPPC) approved the drafting of the ABS policy and requested SPREP to take the lead.

Mr Clarence Samuel, Director of the OEPPC stated “The purpose of the Access and Benefit Sharing (ABS) policy is to better comprehend the concept of ABS and provide for a clear vision, goal, and objective to facilitate the access and the utilisation of genetic resources and associated traditional knowledge belonging to the people of the Republic of the Marshall Islands. It is also meant to lay the groundwork for the formulation of the proposal for continuity of the ABS Regional Project through a second phase II, and the Marshall Islands has already committed funding for this from its Global Environment Facility 7 STAR (System of Transparent Allocation of Resources) allocation.”

Ms Ofa Kaisamy, SPREP ABS Legal Adviser, noted “The ABS policy provides a detailed institutional, legal and regulatory analysis of the current ABS regime and implementation in the Marshall Islands. The policy is to be utilised to facilitate access to genetic resources and associated traditional knowledge in the Marshall Islands through an inclusive, participatory approach that is based on good governance and informed communities that takes proactive steps towards supporting sustainable development.”

She went on to say that the analysis underpinning the policy confirms the initial recommendations from OEPPC and goes beyond these by presenting an analysis of the current enabling environment for the ABS sector, and by identifying areas of priority for the development of ABS legislation in the future.

The ABS policy is not intended to replace or duplicate sector-specific policies and plans. It is intended to provide an overarching context that, for the most part, will require multi-sector coordination. This recognises that access to genetic resources will be the single biggest driver for academic and commercial research over the coming years and will require a ‘whole of Marshall Islands’ level of cooperation and coordination.

SPREP in partnership with OEPPC held workshops and meetings in the Marshall Islands 20-24 August 2019 to validate the policy information before SPREP officially hands it over to the government.

To learn more about ABS you can visit us at: https://www.sprep.org/abs