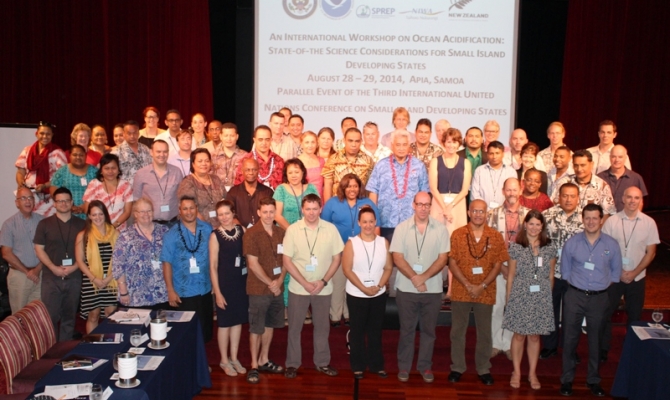 That advice came from Samoa's Environment Minister Faamoetauloa-Lealaiauloto Taito Dr Faale Tumaalii when he opened a two-day workshop on ocean acidification in Apia today. It's being held aboard the luxurious cruise-liner, the Pacific Jewel docked at the Apia Port to assist accommodate delegates who will be attending the United Nations Conference.

The workshop is jointly hosted by New Zealand and the United States in partnership with the Secretariat of the Pacific Regional Environment Programme, it's a parallel event of the Third International Conference on Small Islands Developing States (UNSIDS). 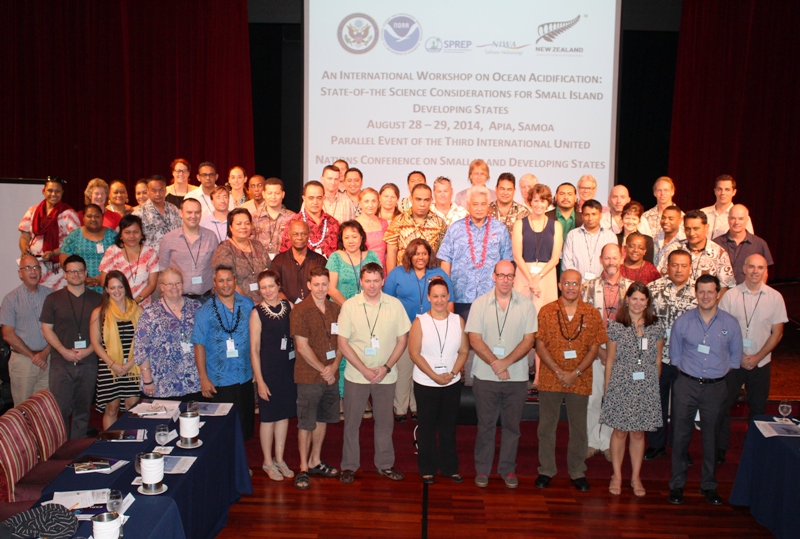 The UNSIDS, a five day long conference, held every 10 years' will open on Monday next week, attended by leaders of the 52 island countries who are classified as SIDS in the three regions of the Caribbean, Indian and Pacific Oceans. Secretary General of the UN, Ban Ki-moon will attend what is believed to be the largest meeting ever to be held in the Pacific.

"Samoa believes that genuine and durable partnerships are indispensable and a necessity in all our development efforts and actions to try and mitigate against the impacts of climate change and ocean acidification," said Dr Faale. "With the support of our development partners, efforts are concentrated on the concept of green growth as a driver to transition to green economy."

For its part, the Environment Minister said Samoa is keen to tackle the issue of ocean acidification, which he described as an "emerging problem" for his island nation. "A concerted effort by Samoa's energy sector to shift from conventional energy source such as fossil fuels to renewable energy or green clean energy has materialised."

Ocean acidification is emerging as an urgent environmental and economic issue in many areas of the world. As the world's oceans absorb carbon dioxide from the atmosphere, ocean pH levels are falling, resulting in greater acidity of ocean water. Since the industrial revolution, the oceans have absorbed 40% of the carbon dioxide released by human activities, resulting in a 30% increase in the acidity of the world oceans. If these changes to the chemical balance of ocean and coastal waters continue at present rates, they may have potentially devastating effects on marine life.

"Also work has being done to rehabilitate, protect and conserve marine protected areas (MPAs) such as our mangrove forest as breeding grounds for specific fish species such as mullet. There is also work done on reforestation as an important sink for greenhouse gases."

The International Workshop on Ocean Acidification: State-of-the-Science Considerations for Small Island Developing States was held on August 28 - 29, 2014 - jointly hosted by New Zealand and the United States in partnership with SPREP.