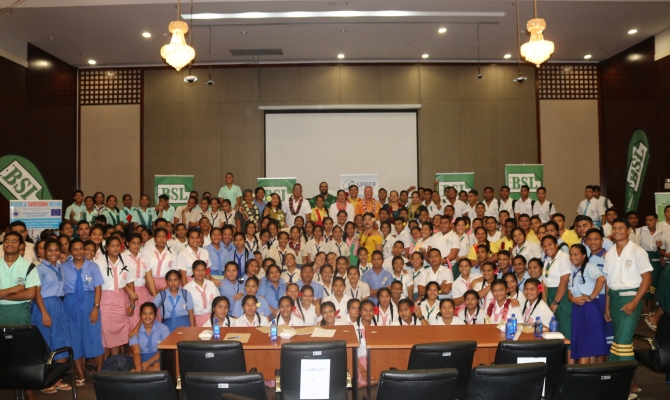 22 August 2019, Apia, Samoa - Students from colleges around Upolu competed in a speech contest that revolved around issues relating to the theme of “climate change.”

With support from the Secretariat of the Pacific Regional Environment Programme (SPREP), and the Ministry of Natural Resources and the Environment (MNRE) of Samoa, Business System Limited sponsored the speech competition event.  Additional support came from the Global Climate Change Alliance Plus Scaled Up Pacific Adaptation project.

Mr. Solomontis Tauita, of Leilfiifii College, won first place in the English language division, while Ms. Hellen Fruean, of Avele College, won first place in the Samoan language division. Mr. Tautita spoke about the steps taken by MNRE and SPREP to minimise climate change. Ms. Fruean spoke about the impact of climate change on the Pacific. 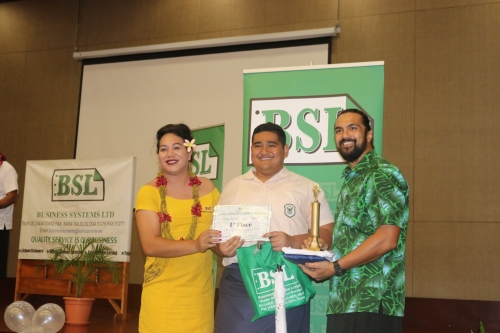 Mr. Espen Ronneberg, Climate Change Advisor at SPREP, served as a judge at the competition, and supplied prizes for winning competitors.

“It’s been really, really excellent to see,” said Mr. Ronneberg. “I do think it is important to raise the voices of young people, so it was good to hear them today share their speeches that had correct and accurate information.”

Mr. Ronneberg joked to the students that he had been working to deal with climate change, for “…probably twice as long as some of you have been alive.” He also praised the students for a willingness to engage with the issue and to be a part of the solution.

In the competition students were given specific subjects only a few minutes before presenting their speeches, as a way of testing their knowledge on the issues and their ability to present the information and themselves in a cogent manner.

Mr. Tauita and Ms. Fruean expressed gratitude for winning and a desire to work towards a better future.

“I am so happy and grateful,” said Ms. Fruean. “I want to thank God for my talent and my family for their support. I would also like to encourage people to do more awareness programs, to help students gain knowledge of climate change.” 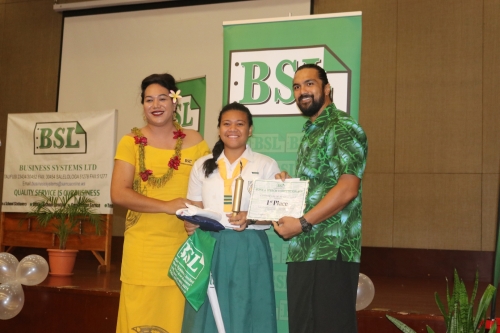 “It feels good to achieve something in your life. I hope the people are aware that what they do now will affect people in the future. If you love your children, and the future generations, please act now before it is too late.”

Lesaisaea Reupena Matafeo, President of the Principals’ Association, said he believed the event went well and provided an education for both the students and the faculty.
“I think it is more than what we expected,” said Mr. Reupena. “All the schools were well prepared.”

He also expressed the hope that there would be more speech-competition events in the future.

About 300 students and teachers from 10 colleges from Upolu attended the event, and more than a dozen students competed, and several others sang.

The Global Climate Change Alliance Plus (GCCA+) Scaling up Pacific Adaptation (SUPA) project is scaling up climate change adaptation measures in specific sectors supported by knowledge management and capacity building. The four and half year project (2019-2023) is funded by the European Union (€ 14.89 million) and implemented by the Pacific Community (SPC) in partnership with the Secretariat of the Pacific Regional Environment Programme (SPREP) and The University of the South Pacific (USP), in collaboration with the governments and peoples of Cook Islands, Federated States of Micronesia (FSM), Fiji, Kiribati, Marshall Islands, Nauru, Niue, Palau, Tonga and Tuvalu