The fight for Tuvalu’s survival at COP25

10 December 2019, Madrid, Spain - Tuvalu, with a land surface of no more than four metres above sea level is extremely exposed to the impacts of climate change.  The island nation is doing everything it can to ensure that Tuvalu will survive, and has a future, exploring a range of innovations including the construction of artificial islands.

Yet, as the Prime Minister of Tuvalu Hon Kausea Natano, told world leaders at the High Level Segment of the Twenty-fifth Conference of the Parties to the UN Framework Convention on Climate Change today, this is something Tuvalu cannot do alone.

“We need the support of the international community to provide the financial support and technical know-how to make such opportunities a reality,” said the Prime Minister.

The island nation raises a strong voice amongst the 190-plus Parties to the UNFCCC with a delegation representing Tuvalu which includes a youth member.  Today it called upon the global community to rapidly phase out fossil fuel subsidies and transition to low carbon economies as part of the ambitious actions to reduce greenhouse gas emissions to reach the temperature goal of below 1.5 degree Celsius above pre-industrial levels.

“We also need a global commitment to ensure people employed in the fossil fuel industry are given the opportunity to redeploy in the renewable energy and energy efficiency economy,” said the Hon Kausea Natano in support of a just transition for people to live in a low carbon world.

Two agenda items in the UNFCCC COP25 negotiations raised by the Prime Minster today is the Review of the Warsaw International Mechanism on Loss and Damage as well as Article 6 Market and Non-Market Mechanisms under the Paris Agreement.

Before the High Level Segment, Tuvalu was clear in outlining its position, calling for the Warsaw International Mechanism to serve both the Convention and the Paris Agreement as well as to direct its work towards finding adequate sources of finance to help countries deal with Loss and Damage as a consequence of climate change. 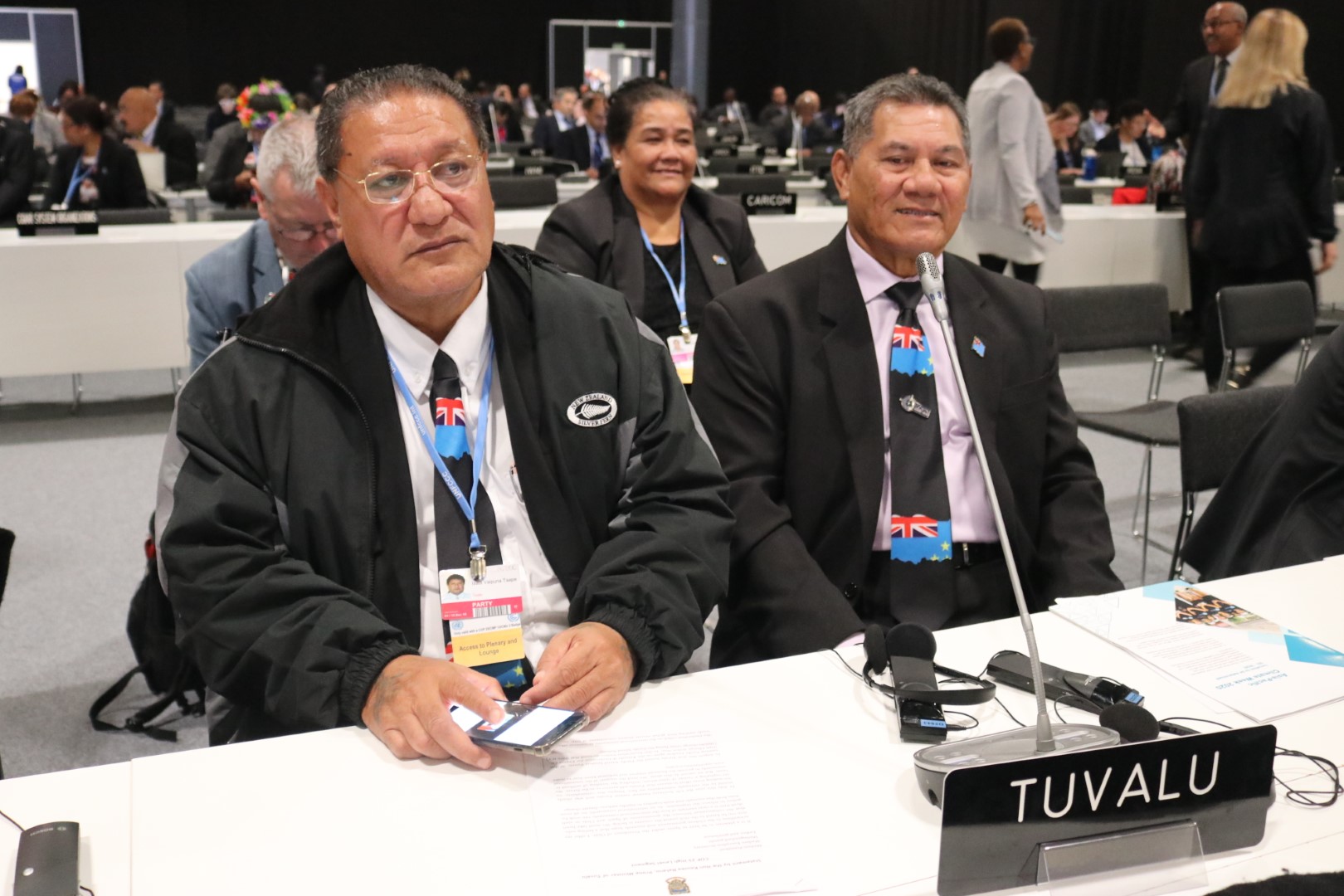 Tuvalu believes options under the Green Climate Fund and other sources need to be identified to meet the growing cost of Loss and Damage.

On the Market and Non-Market Mechanisms, environmental integrity is absolutely critical for Tuvalu believing that the accounting system for the market mechanism should deliver an overall mitigation in global emissions.

“We also firmly believe that the two market mechanisms should deliver a share of proceeds from their transaction processes to support the Adaptation Fund. Finally, we are fully aware that the current commitments made by Parties will not deliver a 1.5 degree Celsius outcome,” state Prime Minister Natano.

“Therefore, it is important that we do not allow credits from the Kyoto Protocol be carried over in to the market mechanism in the Paris Agreement as this will further undermine the inadequate target already set.”

Looking to the future, Tuvalu made a strong plea today asking everyone to do everything in our power so that our youth have a world free from the threat of climate change.

“We must act urgently for the future of all generations but most importantly for our youth.”