Waigina Island is a project site of the PEBACC Project in the Solomon Islands.
Below are some pictures of activities by the Project on the island. 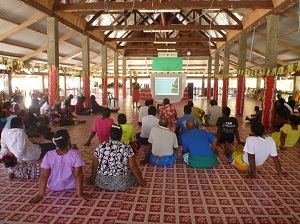 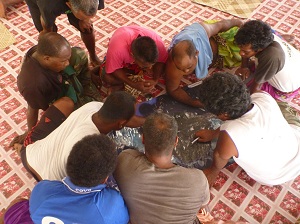 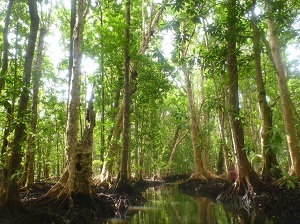 Assessing the extent and condition of mangroves in
the upstream reaches of the Seleana River,
Wagina Island 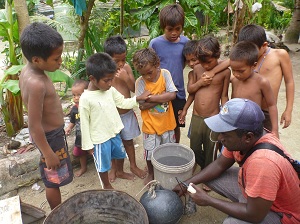 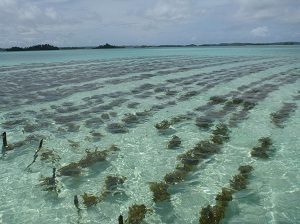 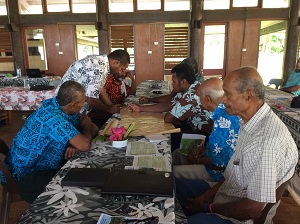 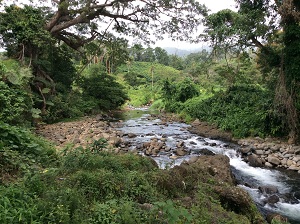 Somosomo villagers on Taveuni island depend on this
river, a natural resource for their everyday living,
August 2016. 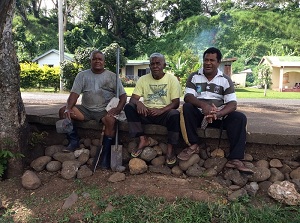 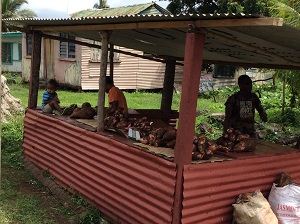 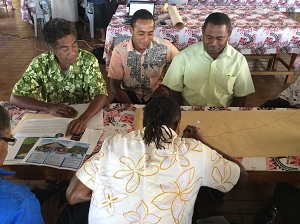 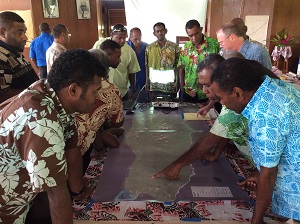 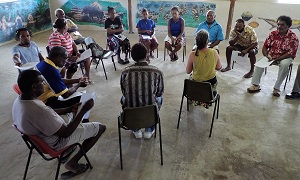 A group discussion at the Wan Smol Bag Theatre as
part of the ESRAM study in Port Vila. 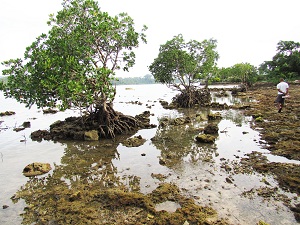 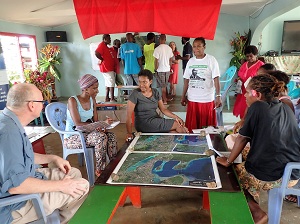 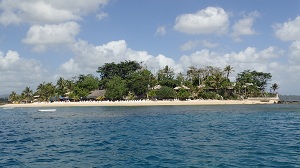 Field visit to Hideaway island to study the reef.
Hideaway Island is a tourist island close to Port Vila. 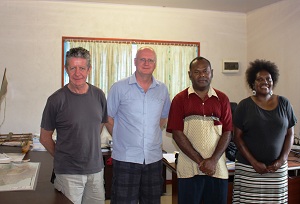 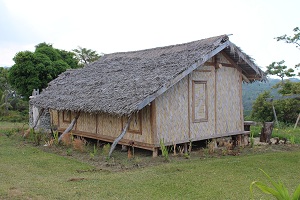