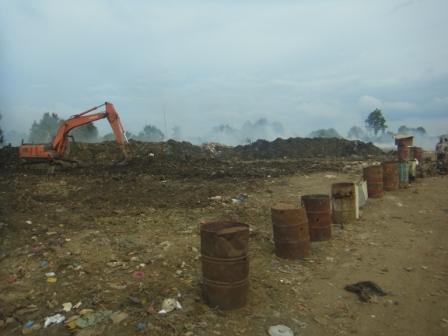 Background of the project
Over several decades, waste has become one of the major concerns for small island countries in the Pacific region because of severe challenges in coping with the increasing volume and changing characteristics of urban and industrial wastes. Improper waste management has potential to pose a significant negative impact on public health, water and food supply, ecosystems, tourism and trade, resources, and even climate change, which threaten the sustainable development in this region.

Such unique constraints as geographical isolation, limited resources and economic scale, and dependence on foreign aid and imported goods have made management of solid waste more difficult for Pacific island countries (PICs).

JICA/SPREP Solid Waste Initiative
In order to realize the commitment of the Government of Japan at the 2nd PALM (Japan-Pacific Leaders' Meeting) in 2000, JICA started assisting PICs in terms of solid waste management in collaboration with SPREP.

JICA/SPREP Solid Waste Initiative The partnership between SPREP and JICA was enhanced especially through JICA’s previous technical cooperation project on “Solid Waste Management Project in the Oceania Region”, which was based in the Independent State of Samoa and was implemented from 2006 to 2010. One of the remarkable achievements in the region resulting from the joint assistance of JICA and SPREP is the development of the Pacific Regional Solid Waste Management Strategy 2010-2015 after a series of consultation in 2009. This Regional Strategy 2010-2015 was unanimously adopted as the guiding principle for the region at the SPREP Meeting in November 2009.

In response to the strong request of PICs for the continued assistance of Japan, JICA launched a new regional project, the J-PRISM, from February 2011, which is being implemented in eleven (11) PICs as outlined below: 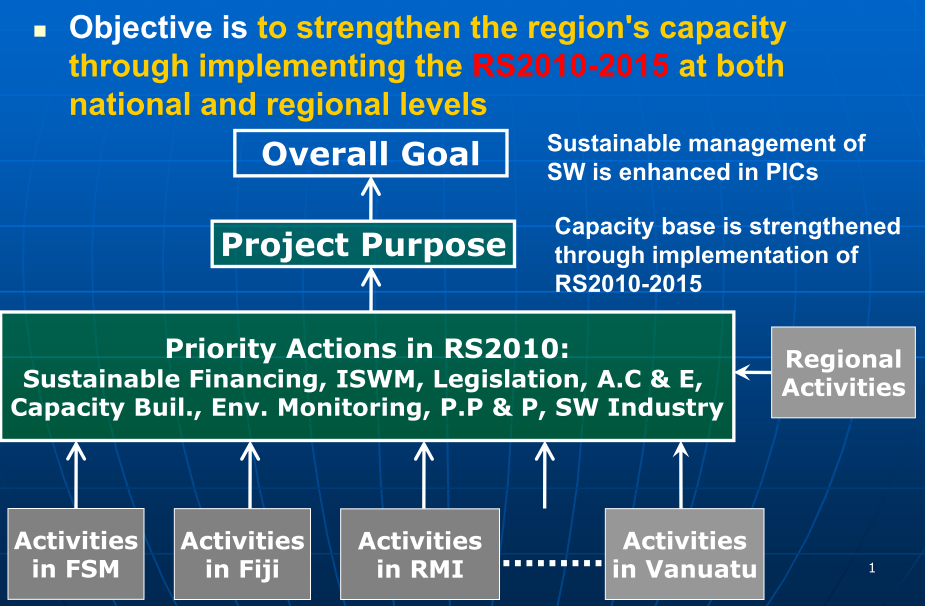 Policy of the Project
The objective of J-PRISM is to develop/increase the capacity of the counterparts and the recipient countries as a whole through implementing priority actions listed in the Regional Solid Waste Management Strategy 2010-2015, in order to respond any issues/challenges and provide better solid waste management. Therefore, any input provided by J-PRISM must contribute to increasing their capacity.

In order to achieve the project goals, J-PRISM encourages and promotes initiatives of counterparts with the assistance of JICA experts and experienced local experts/counterparts who have already acquired their skills and knowledge through JICA’s previous cooperation.