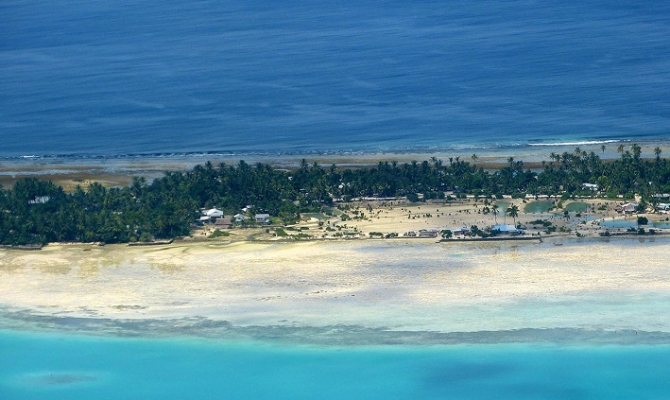 Climate Change Resilience
8 December 2014, Lima, Peru - Describing themselves as an Early Warning System for the global community, the CANCC - the Coalition of Low Lying Atoll Nations on the issue of Climate Change was born this year comprising of Kiribati, Maldives, Marshall Islands, Tokelau and Tuvalu.

Uniting to join forces to focus global attention on the plight of their people, these atoll nations are barely three meters above sea-water level.  The CANCC inaugural meeting was held in Tarawa, Kiribati in July this year and is an open coalition inclusive of potential atoll islands including country and development partners genuinely interested in supporting their cause. 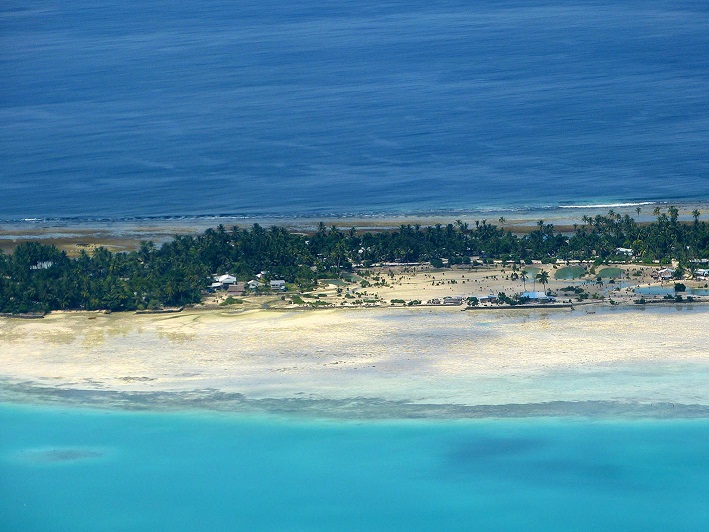 Tarawa, Kiribati on the frontline of climate change - image by Carlo Iacovino


"We are on the frontline of Climate Change, it comes with a responsibility to share our story as what we are experiencing is an early warning system for the global community," stated Ambassador Makurita Baaro, the Permanent Representative to the United Nations, Kiribati.

There are two key issues for CANCC - their role as communities on the 'frontline' of climate change, experiencing the impacts of climate change now which threatens their very existence on the face of this earth; and their role as the early warning system for the rest of the world, that what is happening to them will happen to the rest of the world.

At the UN Climate Convention in Lima, CANCC shared their commitment to push for legally binding agreements and ambitious targets at the global level urging  that global momentum must match the rate at which climate change impacts are being felt on the ground. 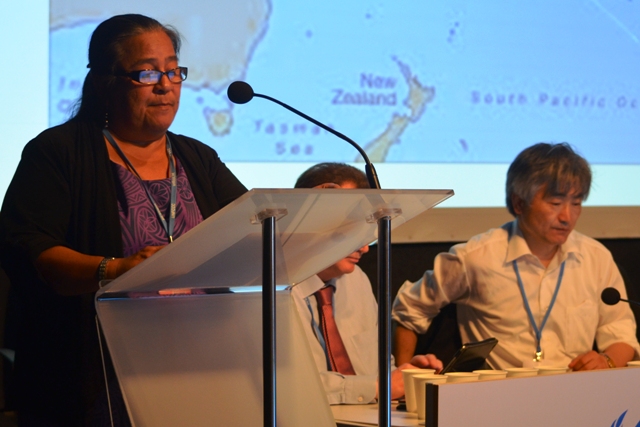 Ambassador Makurita Baaro, the Permanent Representative to the United Nations, Kiribati presenting at the "Engaging the Participation of Green Economy in the Climate Action Incubation Mechanism" side event at the UN Climate Convention

"These United family of Nations and the international community must listen, take heed and act on what is happening in our countries.  We may be on the frontline now, but when we fall, millions of others will be next on the frontline," said Ambassador Baaro.

" We appeal to the global community to partner with us to fight this new and unstoppable force of the environment.  It makes good financial sense to do so for assistance to us now could serve as the shaping of a proto-type of what will eventually be required at scale in the very near future for the global community, for the multitude of millions living on coastal areas worldwide."

CANCC calls upon support for the immediate resourcing of options aimed at building resilience for their people through support of a number of urgent priorities, these being the protection and supplementation of their water resources, coastline protection, resilient infrastructure and sustainable development initiatives, raising the CANCC islands to heights above the predicted sea level rise and strengthening their population’s preparedness through education, workforce skills, communication and public awareness.