Coastal flooding and safety of life at sea are key priorities 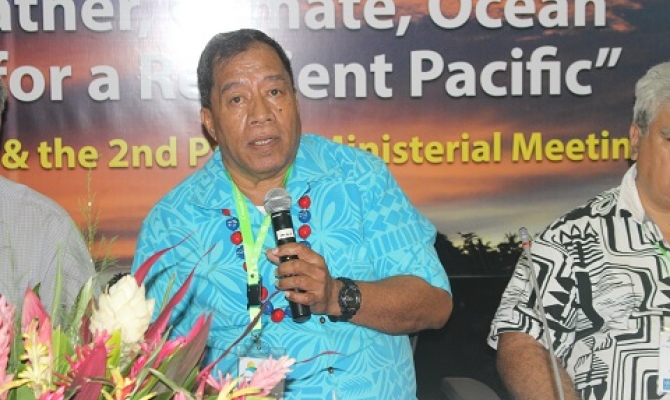 16 August, 2017, Honiara, Solomon Islands, PMC-4 – The Pacific Island Marine and Ocean Services (PIMOS) panel has made progress on its key priorities of coastal flooding and safety of life at sea.

According to the outgoing PIMOS chair, Dr Tommy Moore, their biggest project at the moment is the Coastal Inundation Forecasting Demonstration project that is currently underway in Fiji.

“This is the second phase of that program and it started early this year and I think this current phase is focusing on Maui Bay and Nadi town,” he said.

Dr Moore said the panel felt coastal flooding and safety of life at sea were the greatest priorities for the region.

He added that last week Samoa asked the panel to look at climate change and ocean acidification.

Samoa Meteorological Division Assistant Chief Executive Officer Mulipola Ausetalia Titimaea said that for Samoa, this means they can better monitor the situation and health of their oceans. 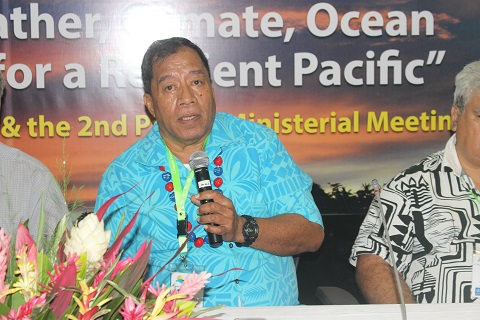 “Ocean acidification is an impact of climate change. This is because of the carbon dioxide,” Titimaea explained.

He added that excess carbon dioxide in the atmosphere is absorbed by the ocean and causes the an increase in the ocean’s acidity.

“That’s why it is quite important to monitor ocean acidification,” Titimaea reiterated.

Niue and Fiji were elected as co-chairs of the panel in a meeting on Saturday, August 12.

One of the roles and responsibilities of the PIMOS panel is to look for options to improve coastal inundation forecasting and disseminating information to vulnerable communities. – #PMC4 #PacificMet