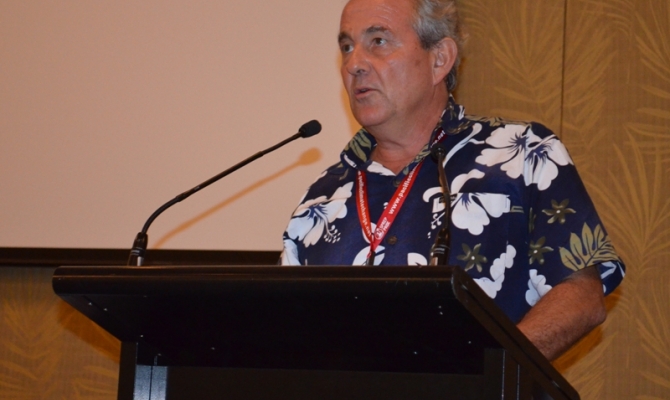 It is an honour to deliver this speech on behalf of SPREP, the Secretariat of the Pacific Regional Environment Programme.

As history reminds us, the Pacific region was the arena for some of the bloodiest conflicts of the Second World War. It was the testing ground for the nuclear bombs which eventually signalled the end of that terrible conflict. But even after the Second World War, the region continued to be blighted by nuclear testing.

Thankfully that dreadful past is behind us and in the decades since, the region has become synonymous with its geographic name – "Pacific".

What does this have to do with my organisation and with the environment?
SPREP is an intergovernmental organisation. Our mandate is protection and management of the Pacific environment and sustainable development. Our membership consists of 14 Pacific island countries, 7 territories and 5 metropolitan governments. All 14 Pacific island countries are Parties to the CBD.

The Pacific region is characterised by cooperation and peace.

We have a traditional method of dispute resolution called the "Pacific Way" - disputes are settled through discussion and consultation - and is based on mutual respect with the aim of reaching a solution acceptable to all. 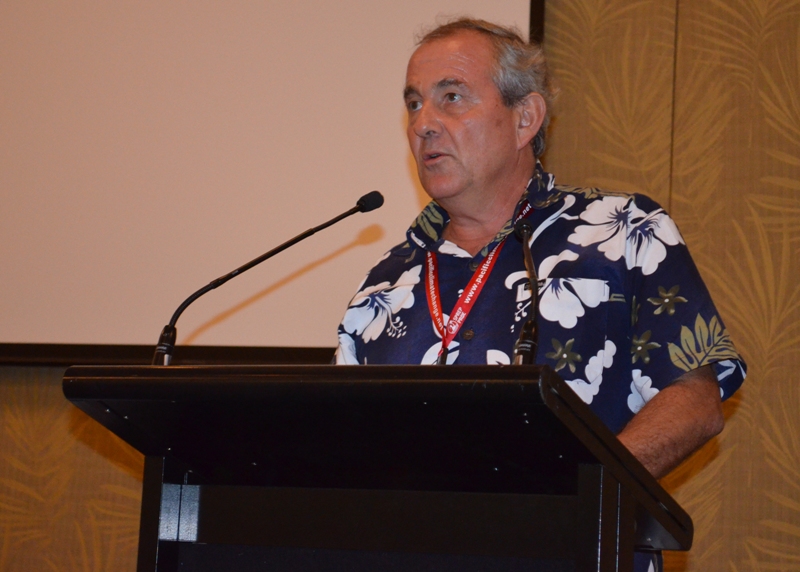 Our region offers a model of working cooperatively to protect and manage biodiversity to ensure the livelihoods of Pacific peoples.

These challenges were bought into focus at the landmark Small Islands Developing States Conference held in Samoa in September 2014. The conference, opened by the UN Secretary General the Hon Ban Ki Moon, underlined the vulnerability of small island countries and the need for genuine and durable partnerships to achieve sustainable development.

Our region is 2% land and 98% water – the Pacific Ocean. Our region is vast - together, the land and sea area of our countries and territories is in excess of 30 million km2, or almost twice the area of Russia or three times the area of China.

The Pacific Ocean is our lifeblood. It is vital for economic income, principally through commercial fishing of the region's tuna stocks, and increasingly for tourism based around marine species, such as, for example, whale-watching in the Kingdom of Tonga.

Pacific island countries have developed innovative regional frameworks for oceans governance, such as the Pacific Oceanscape Framework, adopted by Pacific island Leaders in 2010, to ensure the sustainable and collaborative management of the region's marine biodiversity and natural resources.

Pacific countries have developed innovative and exciting models for biodiversity conservation, such as Locally Managed Marine Areas in Fiji, and other countries, and home grown models for sustainable financing such as the Green Fund in Palau.

Other SPREP initiatives protect threatened and migratory species, which define, in conjunction with the traditional Pacific cultural icon of the voyaging canoe, SPREP members' collaborative approach to environment issues through the Pacific Voyage concept.

Put simply - we are in the same boat and we must paddle together and in the same direction – if we are to effectively address our environmental challenges.

Climate change and natural disasters pose major threats to the peace and well being of Pacific countries and our peoples.

The Pacific region has three of the five lowest countries on Earth, including Kiribati, Tuvalu and the Marshall Islands.

Although our Pacific countries only contribute 0.03% of the world's greenhouse gas emissions they will be the first to go under if the business as usual scenarios of the Intergovernmental Panel on Climate Change come to pass.

These issues are real and are a matter of national security.

This was dramatically brought into focus by US Secretary of State John Kerry who referred to climate change as "a weapon of mass destruction" both globally and also in terms of impacts on small island states.

There is a compelling need for concerted international action, particularly at the 2015 Paris Climate Change Convention, UNFCCC – This will be a key global event in 2015 and SPREP believes the CBD should have a strong and effective presence in Paris next year – we should "walk the talk" when it comes to linking biodiversity and climate change and also regarding ensuring synergies between Conventions.

In the Pacific region the protection and better management of natural ecosystems is one of the key front line responses to a changing climate and sea level rise. We note the recent commencement of a major new programme on Ecosystem based adaptation in the Pacific region and gratefully acknowledge the support of the German Government.

SPREP will continue to support outstanding Pacific initiatives to ensure that Pacific biodiversity is protected and sustainably managed.

We believe the many national and regional initiatives discussed provide a model for the world and play a key role in ensuring peaceful cooperation and collaboration in the Pacific region.