Fiji to ban polystyrene in 2021 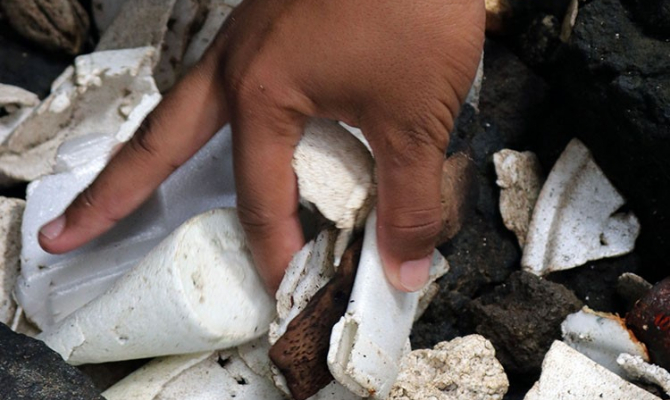 A ban on polystyrene products in Fiji will go into effect on 1 January 2021.

The ban is part of the Fijian Government’s Climate Change Act, which was first announced by Hon. Aiyaz Sayed-Khaiyum, Fiji’s Attorney General and Minister for Economy, in 2019. The Act, he said, will enshrine, in law, Fiji’s domestic response to climate change and the threat to its oceans, and place that law at the heart of Fiji’s national policies and priorities.

Fiji already has in place a plastic bag levy, which was introduced in August 2017 with the aim of deterring consumers from using plastic bags and encouraging good behaviours such as using reusable bags for their shopping. The levy was increased from 20 cents to 50 cents on 1 January 2020, also as part of the Government’s Climate Change Act.

This demonstration of leadership from the Fijian Government aimed to address the impacts caused by plastic pollution on our Pacific Ocean. Eight million tonnes of plastic enters the ocean each year, and it is estimated that by 2050, there will be more plastic than fish in our ocean.

Mr Anthony Talouli, Acting Director for the Secretariat of the Pacific Regional Environment Programme’s (SPREP) Waste Management and Pollution Control programme, says, “I would like to congratulate the Fijian Government for their leadership. SPREP stands ready to support the Fijian Government and its people in ensuring a successful transition to a polystyrene-free Fiji.”

The Government of Samoa also officially endorsed the Waste Management Regulation 2018, which prohibits the import, manufacture and distribution of single-use plastic shopping bags, packing bags, and straws. The ban went into effect on 30 January 2019.

Samoa was also meant to ban the import and distribution of polystyrene products on 1 July this year, but it was postponed indefinitely due to the economic impact of COVID-19 on businesses and the general public.

Other countries in the Pacific that have also placed bans on single-use plastic shopping bags include American Samoa, Commonwealth of the Norther Mariana Islands, Guam, Pohnpei, and Yap States of the Federated States of Micronesia, Palau, and the Republic of the Marshall Islands.

“The progressive stance from the Pacific is showing strong leadership from our corner of the world, and we look forward to seeing more countries in other regions following this leadership and joining the fight against plastic pollution,” Mr Talouli added.