“First of its kind” report on the Pacific coral reefs, launched 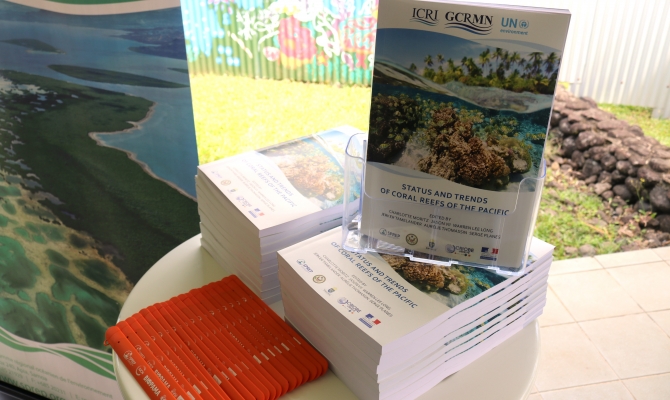 27 September, 2018 - The Pacific Ocean holds one quarter of the world’s coral reefs, and these reefs provide around 25 to 100 percent of the dietary protein of Pacific Islanders, as well as provide livelihoods, shoreline protection and economic opportunity in the form of tourism. They are an integral part of the life and culture of 8 million Pacific Islanders, and this is evidenced in the collection of data and analyses in the Status and Trends of Coral Reefs for the Pacific report as part of a global reporting, which was launched today by UN Environment and the Secretariat of the Pacific Regional Environment Programme (SPREP) in Apia.

The report was formulated in partnership with the International Coral Reef Initiative (ICRI),Centre for Island Research and Environmental Observatory (CRIOBE), UN Environment and SPREP with support from the Governments of France, Sweden, and United States of America. Present were Pacific delegations attending the joint Convention on Biological Diversity (CBD) 6th National Report Technical Support and Preparatory Meeting for the 14th Conference of the Parties (Pre-CoP) to the CBD regional meetings, convened at SPREP Headquarters this week.

The result of a two-year long process, the report was initiated at the Global Coral Reef Monitoring Network (GCRMN) Pacific Workshop held in 2016 in Honolulu, Hawaii. GCRMN supports ICRI by working through a global network to strengthen the provision of best available scientific information and communication on the status and trends of coral reef ecosystems as a basis for their conservation and management. Preparation of regional periodic coral reef assessments is the main substantive activity of the GCRMN. The last region-wide report was the Status of Coral Reefs of the Pacific and Outlook: 2011, which was a synthesis account and future outlook of the state of coral reefs in the Pacific.

There were 20,000 surveys collected for 129 islands across the Pacific, spanning almost three decades, starting in 1983 for fish, 1989 for benthos - community of organisms living on, in or near the seabed and most monitoring programmes started in the late 1990s. Data was provided on a voluntary basis by governments, community-based initiatives, conservation organizations and private entities, with more than 200 individual contributions. It should be noted that the report does not include the most recent coral reef bleaching event that impacted the region and ended in 2017. 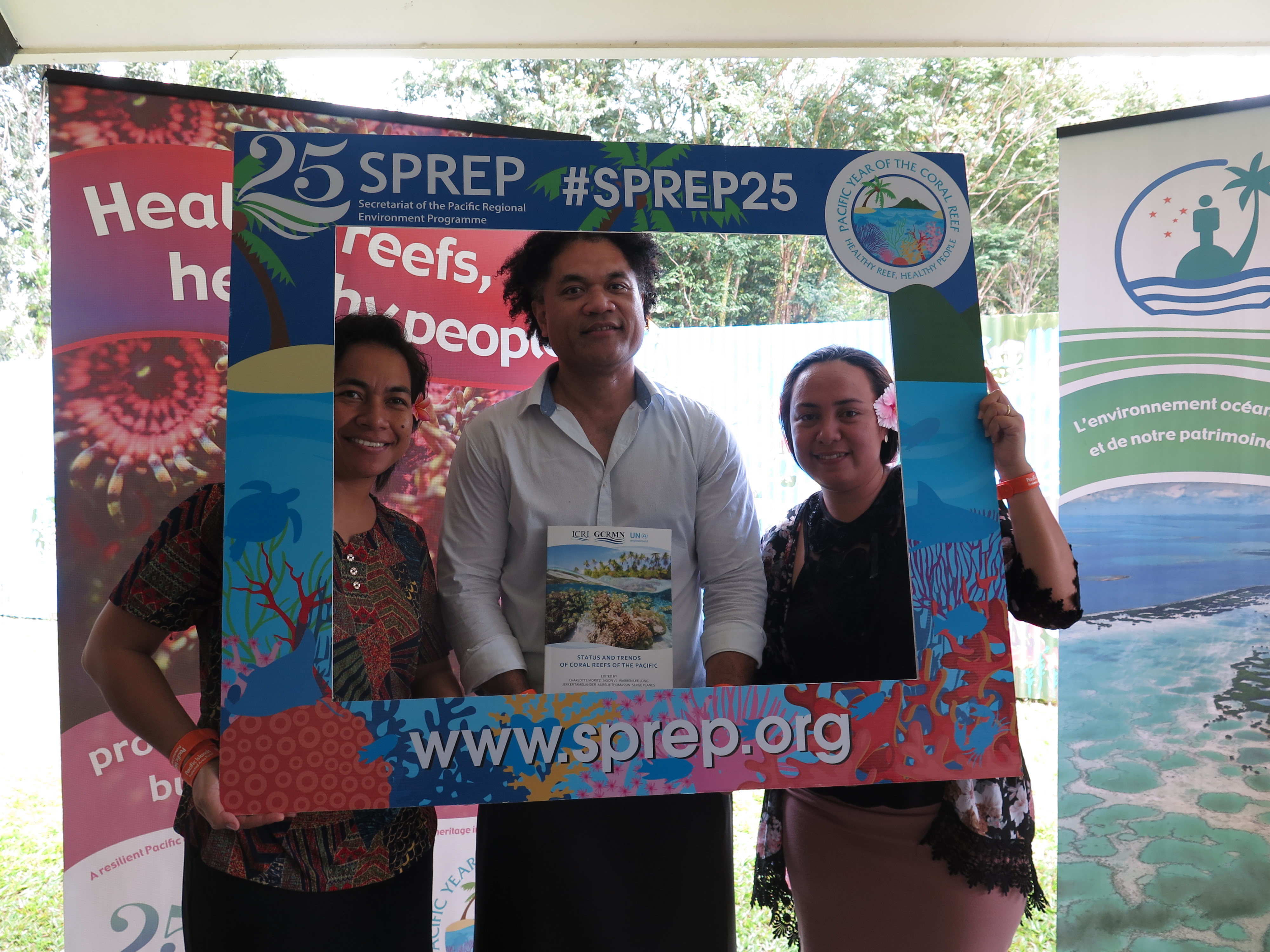 Although overall coral cover in the Pacific is relatively stable in comparison to other Regions of the world, global change is affecting the Pacific reefs, as a small but statistically significant decline in coral cover was identified. Other observations reveal the effect of global change including a shift towards more dominant coral species, a decrease in herbivorous fish especially in inhabited islands and a highly variable microalga cover. Herbivorous fish play an important role in controlling algae growth and maintaining balance in coral ecosystems.

“The reefs in the Pacific are in other words already undergoing change, and are likely to change even more in the near future. This will have growing implications for ecosystem services provided by coral reefs, and consequently people dependent on them,” stated Acting Director of SPREP, Roger Cornforth.

Sefanaia Nawadra, Head of the UN Environment Pacific Office said, “The report should assist Pacific Island states in their advocacy for the conservation and sustainable management of the ocean and reef ecosystems including at the upcoming Conference of the Parties to the Biodiversity and Climate Change Conventions and the mid-term review of the SAMOA Pathway.”

There are several recommendations stated in the report including strengthening and adapting local-scale management actions to help sustain healthy reef communities and associated ecosystems for the livelihoods of communities that depend on them.

The report, along with additional surveys collected will feed into the 2020 Reporting for the Sustainable Development Goals (SDGs); is a response to the priorities in the SAMOA Pathway and Pacific Oceanscape Framework; and will assist with the development of the Pacific Coral Reef Action Plan 2020-2030 coordinated by SPREP.

For more information on the report contact Serge Planes at [email protected].

For more information on how to be involved in the Pacific Islands Global Coral Reef Monitoring Network, please contact Akiko Hamada-Ano at [email protected]