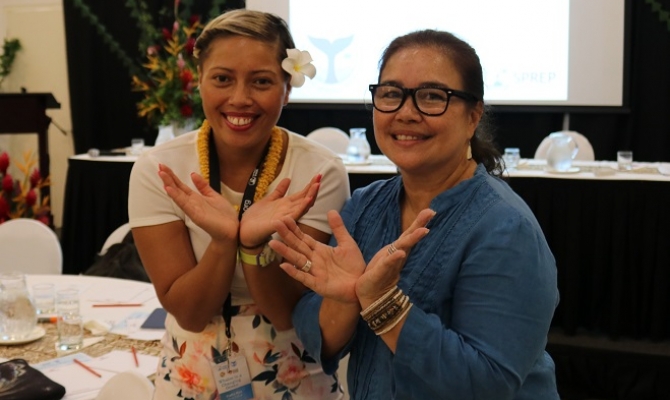 6 April 2017, Nuku'alofa, Tonga - The stories of whale conservation from a Pacific island woman have been carried from the waters of Niue to the shores of Tonga, and shared at the Whales in a Changing Ocean Conference.

"It is so fitting that we are here in Tonga to celebrate a most precious and special resource in the Region – our endangered humpback Whales. The humpback highway of the Pacific. A resource that is so fragile and close especially to my heart," shared Ms Fiafia Rex who founded the Oma Tafua Whale Conservation NGO in Niue over a decade ago.

Meaning 'to treasure whales' - Oma Tafua was established by Ms Rex and is dedicated to the education, protection and conservation of marine mammals in the Niuean community. 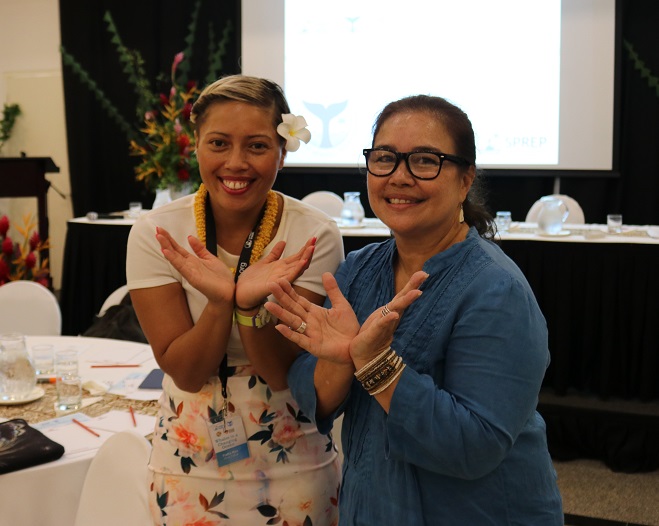 Passionate about her island and her culture, Ms Rex has carried out marine research for over ten years, even while studying, as well as local conservation and awareness programmes. Through this dedication, Oma Tafua is now known as one of the longest standing conservation projects in Niue.

"Because of our work, we not only represent Niue but the Pacific as a whole. For our Oceania Humpback Whales, being endangered still and having learnt more perhaps about their slow recovery of their particular population – and we are still learning," said Ms Rex.

"We must engage in work in learning more about what impacts their recovery. Our job is never over and we thank the South Pacific Whale Research Consortium and the Secretariat of the Pacific Regional Environment Programme (SPREP) for always keeping us informed."

Making personal sacrifices for her cause has inspired both the Niuean and Pacific community alike. She recently donated her hair to raise funds to help protect and conserve endangering humpback Whales in the Pacific Islands region.

Culturally a hair-cutting ceremony in Niue is generally only for males but Ms Rex broke tradition and decided to have her own hair-cutting ceremony. As a result, her village embraced the cause and generously donated money for a strand of her hair while also making a wish for Oma Tafua.

Despite the small budget, the achievements of Oma Tafua have been many – driven by the passion, dedication and commitment of Ms Rex and the supporters of Oma Tafua. 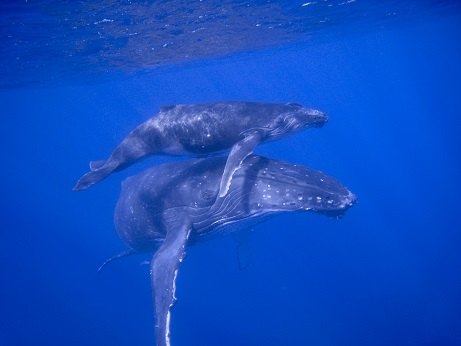 "We initiated and conducted Niue and the Region's first enforcement training workshop bringing all relevant stakeholders such as the Niue Customs, Crown Law, Immigration, Maritime transport, Police, Fisheries and the Environment so that they are familiar on the regulations such as distances and what to do for monitoring and compliance purposes," said Ms Rex.

A current focus for Oma Tafua in addition to whale sanctuaries and legislation is education and awareness.

"Knowledge is indeed power and Oma Tafua has only become empowered through our knowledge of marine mammals – the lessons learned in the management of our sanctuary and the importance of building and synergising our cultural values into our whale watching industry to benefit the Niuean people, our economy and protecting our resource," said Ms Rex.

The Whales in a Changing Ocean Conference now underway in Niue shared stories of inspiration from Pacific island women that have helped to drive whale and ocean conservation in the Pacific. Also featured at the event was Ms Tiare Holm of Palau and Ms Lahaina Tatafu from Tonga.

It was also at this conference that the Government of New Zealand announced they will be funding Oma Tafua to further assist in marine conservation – a partnership very much appreciated by Ms Rex whose drive and passion has inspired and empowered others.

"We must collectively own and share responsibility in the protection of these precious animals and their habitats," said Ms Rex.

NOTES:
The Whales in a Changing Ocean Conference from 4 – 6 April, 2017 in Nuku'alofa, Tonga, is hosted by the Government of Tonga, the Secretariat of the Pacific Regional Environment Programme (SPREP) and the Auckland Institute of Studies (AIS).