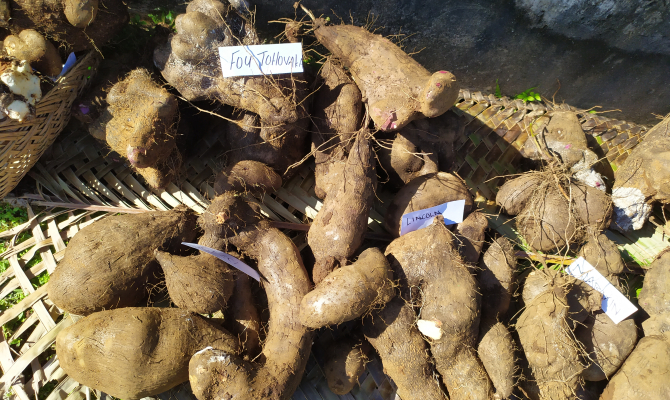 20 September 2022, Brisbane, Australia – The ufi, or yam, is a climate indicator for tropical cyclones in Niue Island. Traditionally, elders believe that if the ufi grows upwards, that means there is no cyclone coming. However, if it stops growing upwards and instead grows outwards or becomes tangled, it is a sign to prepare for a storm.

This is an example of climate traditional knowledge held by those living on the land, whether indigenous or non-indigenous peoples, which can be used for climate forecasting. This knowledge has continually evolved over time and is often imbedded in practice and belief.

The Secretariat of the Pacific Regional Environment Programme (SPREP) has worked with several Member countries to develop their traditional knowledge monitoring systems, and Niue is one such success story. They have been able to recognise this climate traditional knowledge as an important tool to support and add value in addition to their scientific prediction models to ensure that communities can best prepare for disasters. 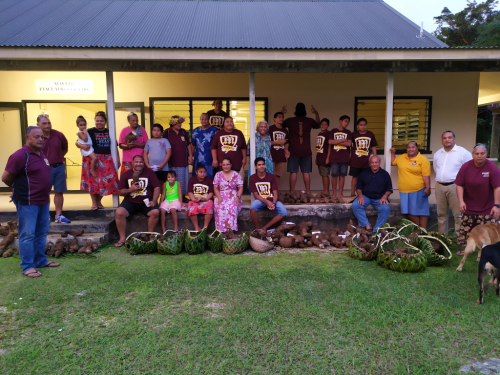 Director of the Niue Meteorological Services, Ms Rossy Mitiepo, says that once they started monitoring the growth of the ufi, they picked up some useful information along the way.

“The tropical cyclone season in Niue is from November to April, and over the years since the implementation of the monitoring system, we have seen the ufi responding to it,” she said.

“In 2020, we had a couple of cyclones that happened one after the other. During that time, we observed that the ufi was growing differently – instead of one, it was branching out in twos or threes. That was an indicator that there were cyclones on the horizon.”

This activity around the documentation and collection of traditional knowledge around the ufi is  bridging the intergenerational gap by bringing together more youth and including women who rarely participate in the ufi planting process.

“Traditionally, it was mostly the men who would do this kind of work – planting the ufi and harvesting them. Now, we are seeing more women who now know how to plant ufi. With the involvement of the Niue Boys’ and Girls’ Brigades, we are seeing more youth be involved in the panting of ufi. This activity has also sustained our cultural values and a source of food security. Ufi is also a drought-tolerant crop.

It has also resulted in increased food security in the island nation, as there are now more ufi available for consumption as a result of ufi being planted as part of the tropical cyclone monitoring system.

“These activities have all been enabled under the CREWS Pacific SIDS project, and with assistance from the technical staff of the Pacific Meteorological Desk Partnership at the Secretariat of the Pacific Regional Environment Programme (SPREP),” Ms Mitiepo added.

The CREWS Pacific SIDS Project is a regional project which focuses on strengthening Community-based Early Warning Systems in Samoa, Niue, Palau, Republic of Marshall Islands, Palau, Samoa, Solomon Islands, Tonga, and Vanuatu. It is implemented by the Secretariat of the Pacific Regional Environment Programme.