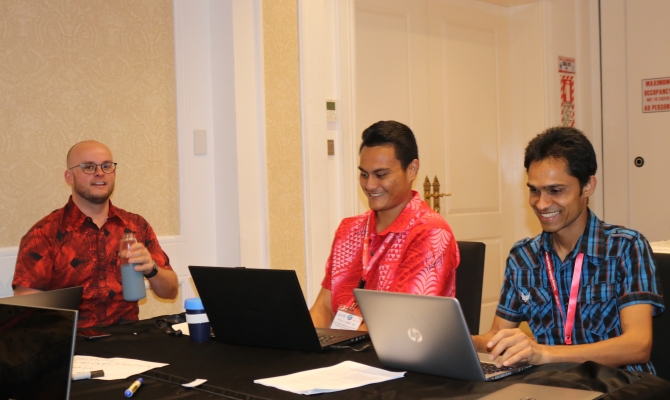 It is well known Pacific islands are at the forefront of climate change effects and impacts. Records of such impacts and observations are recorded mainly in the form of government papers, donor funded project reports and other literature that is often not cited in the Inter-Governmental Panel on Climate Change (IPCC) Assessment Reports (ARs) compared to the peer-reviewed scientific literature.

The IPCC Assessment Reports are the most comprehensive reports on climate change science, impacts and action, and are developed by experts from all relevant research disciplines. Users of IPCC reports including representatives from national governments, regional agencies and academia.

These reports are used by policy makers and the private sector for managing and mitigating risk from climate change across the globe, including the Pacific. 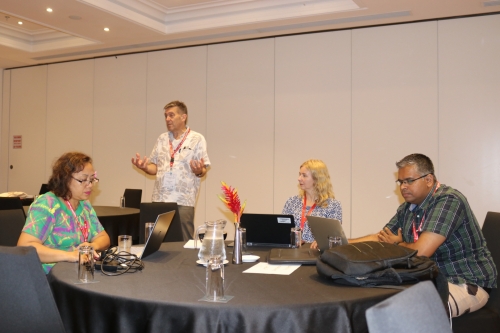 Recognising the need, and in alignment with the Pacific Island Meteorological Strategy (PIMS), the Secretariat of the Pacific Regional Environment Programme (SPREP) and the Commonwealth Scientific and Industrial Research Organisation (CSIRO) worked with the Pacific Meteorological Council (PMC), technical partners including the University of the South Pacific, the Bureau of Meteorology, the Pacific Community (SPC), Pacific and Australian national universities to boost Pacific authored peer reviewed literature in anticipation of the IPCC Sixth Assessment Report (AR6) due to be released in 2021-2022.

The AR6 Synthesis report will be based on three working group assessments addressing physical science basis of climate change; impacts, adaptation and vulnerability; and mitigation of climate change.

“The PMC and technical partners are supporting National Meteorological and Hydrological Services through the write-shop to develop Pacific authored scientific literature on the impacts of climate, oceans and climate change,” said Mrs. Azarel Maiai, COSPPAC Capacity Development Officer with SPREP.

“We have the scientists, academia, technical partners, and also the meterological services from around the Pacific attending.”

“This is the first of many similar activities providing support for Pacific literature, implemented by different partners including USP and others in the Pacific and Australia with a shared goal of increasing Pacific peer-reviewed literature” said Mrs. Maiai.

“With assistance from international donors, such as the Australian Government, local scientists and technical specialists from partner Pacific Island countries are able to work together in a collaborative manner with Australian scientists to communicate impacts of climate change in the Pacific using the best available scientific data and information including traditional knowledge,” said Dr. Gooley.

Participants agreed the seminar helps provide them with tools and information they will take to their home countries and help raise awareness and build local capacity.

“The usefulness of this work is pulling all the Pacific ideas together, to work as a group, to talk about what climate change is doing,” said University of Papua New Guinea Professor, Chalapan Kaluwin.

Referring to experience as one of the former IPCC authors, he commented “the background is we didn’t have all the data we needed in the 1980s and early 1990s in this region. But now, pulling all the ideas together, and collecting scientific long-term data, it’s a useful and powerful tool.”

He said it helped to inform Pacific island people about climate change and how to approach the issue.

“The good thing about this is we are all telling the same story,” said Professor Kaluwin.

The IPCC's Fifth Assessment Report provided critical scientific input into the UNFCCC's Paris Agreement in 2015. The IPCC embarked on its sixth assessment cycle in 2015.

The focus of the “Enhancing Pacific engagement in the IPCC AR6 process” was to help participating countries and groups. This was done through careful and collaborative research, exchange of information, and articulating important issues that are both scientifically sound and in a way a general audience can understand.