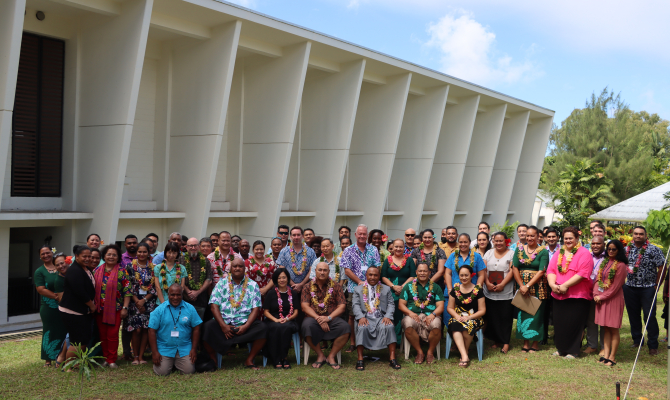 Samoa’s Acting Prime Minister and Acting Minister of the Ministry of Natural Resources and Environment, Hon. Tuala Tevaga Iosefo Ponifasio, launched the initiative on the sidelines of the Pacific Small Island States (PSIDS) Preparatory Meeting for the UNFCCC COP27. The meeting is bringing Pacific nations together to deliberate, discuss and consolidate their positions on priority thematic areas ahead of the global negotiations in Egypt in November.

“The Pacific Island leaders reconfirm climate change as ‘the single greatest existential threat facing the Blue Pacific’ and emphasise the urgency of limiting the global average temperature rise to 1.5°C “through rapid, deep and sustained” Green-house House Gas emission reductions.  The leaders of the Pacific, including Samoa, have been collectively calling to amplify ambitious global action to limit global warming below 1.5°C in order for us to secure the future of our blue Pacific,” said Hon. Tuala.

“The 100% Pacific Climate Change Centre’s electricity provided by its 100-kilowatt (kW) rooftop solar system is a showcase of not only attainable ambition but of sustainable building technology in the Pacific. This also demonstrates that with small steps locally, everyone can collectively and collaboratively achieve a significant amount of greenhouse gas emission reductions in our Pacific region.”

Hon. Tuala was joined by SPREP’s former Director General, Leota Kosi Latu, who was instrumental in the establishment of the PCCC, to launch the project.

The design and construction of the Pacific Climate Change Centre are subsumed with the green guidelines which include the generation of affordable, low-carbon energy through the installation of 100% kWp. The PCCC is a showcase of not only attainable ambition but of sustainable building technology in the Pacific. The project also contributes to Samoa’s Nationally Determined Contribution (NDCs) efforts in increasing the uptake of renewable energy for electricity generation.

SPREP’s Director General, Mr Sefanaia Nawadra, reiterated that reducing net-zero emissions is necessary to limit global warming to well below 2oC and towards 1.5oC, which are the temperature targets of the Paris Agreement.

“Achieving these goals requires transformations in power, transport, agriculture, land use, buildings, industry, and waste management. Although there are solutions to transitioning to a carbon neutral economy, including technological and behavioural changes, and they often come with economic, social or development benefits, many obstacles prevent their implementation,” said Mr Nawadra. “The launch of the Pacific Climate Change Centre 100-kilowatt rooftop solar system is in line with the green guidelines which include the generation of affordable, low-carbon energy through the installation of renewable energy technologies. It also showcases that we walk the talk in our region and in the Pacific and doing our part to minimise GHG emissions and keeping to the 1.5 degrees target.” 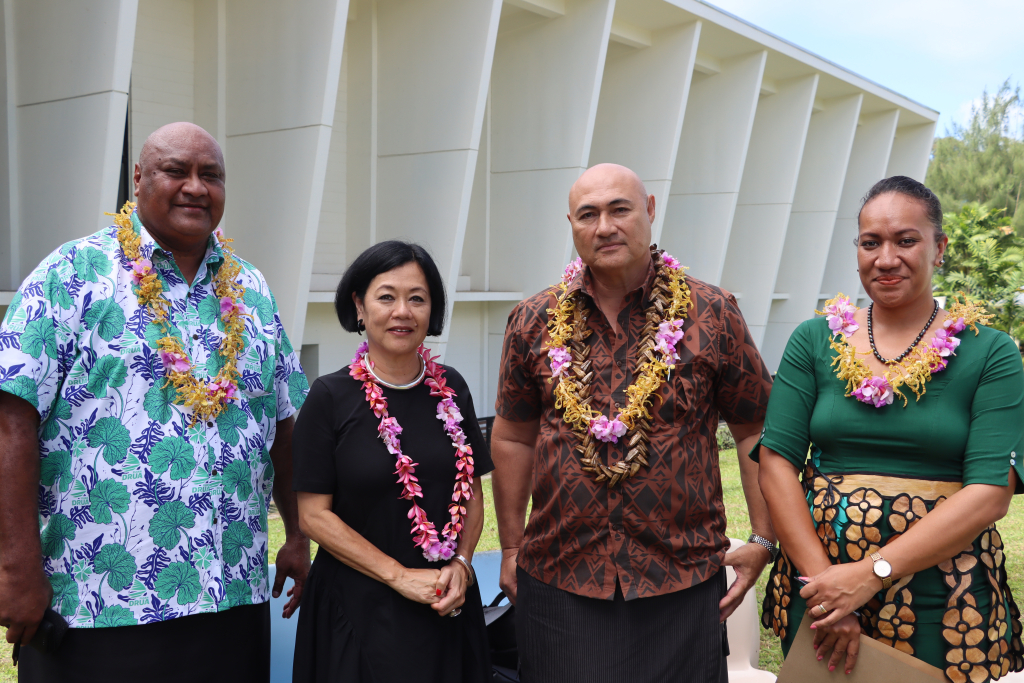 Director General Mr Nawadra acknowledged the durable partnerships which made the project possible.

“SPREP would like to acknowledge the strong partnerships with Pacific Governments and the generous support of the Governments of Japan and New Zealand, Australia, Germany, the Irish fund, and the regional NDC hub through SPREP and partners. I would also like to thank our host Government Samoa, and for this project the office of the Regulator (OOTR) and the Electric Power Cooperation (EPC) and MNRE.”

The Pacific Climate Change Centre is the regional centre of excellence for climate change information, research and innovation, hosted at SPREP. The PCCC is a partnership between the Governments of Japan and Samoa. It is funded under grant aid through JICA for Samoa as the host country of SPREP.

It also aims to provide space for visiting researchers and experts to work from the PCCC and work directly in providing support to and for the benefit of Pacific island countries and territories and bring together partners to find innovative solutions to the challenges that climate change presents.