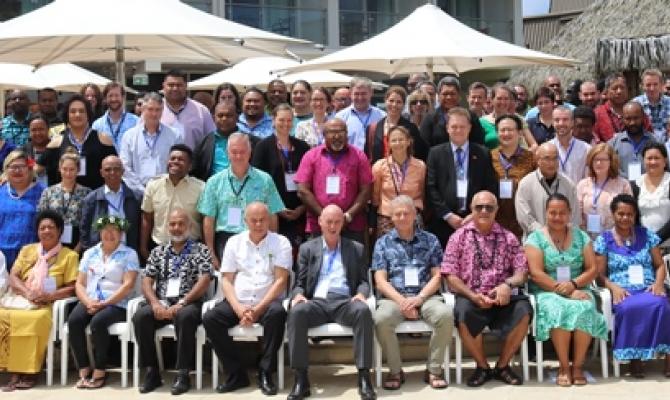 3 October, 2017, Suva, Fiji - The Pacific island region is first in the world to integrate climate change and disaster risk management to strengthen Pacific resilience. Already having made world history in being the first, the Pacific islands are strengthening their placing this week, holding the second regional meeting that brings the climate change and disaster risk management communities together.

To ensure the Pacific is as resilient as possible, over 200 delegates are meeting to deliberate transforming the Framework for Resilient Development in the Pacific, into action.

"Integration is important, it brings resolve through a collective partnership as being united is our strength, so if the Pacific, all of us, stand together and integrate our solutions into one, we can help build our resilience," said Permanent Secretary for Local Government, Housing and Environment of Fiji, Mr Joshua Wycliffe as he opened the Joint Pacific Platform on Disaster Risk Management and Climate Change.

"We may be a small group of islands, but we have a large willingness. We are working to achieve this through our proactive approach in the region."

Transferring the two day discussions now underway, to actions on the ground for the Pacific islands, was the challenge laid by the Pacific Community (SPC) Director General, Dr Colin Tukuitonga as he addressed the meeting today:  "All of us need to move from consultation and discussion and think about what do we do? What are we going to do when I get back to my workplace? The Pacific Resilience Partnership and we also have the FRDP that has been endorsed by our Pacific leaders, but if we don't do anything with it and transform it into action, it does not amount to much."

"I know we can all work together in bringing about action on the ground for our Pacific island communities."

Since 2010, the planning, preparation and consultation has been underway across the Pacific Islands region to bring the two different communities together for regional coordination. The very first joint Platform for Disaster Management and Pacific Climate Change Roundtable was held in 2013. The FRDP was endorsed by Pacific leaders in 2016 and just last month the Pacific leaders supported the Pacific Resilience Partnership (PRP) to ensure effective implementation of the FRDP, leading to the second Joint Pacific Platform for Disaster Risk Management and Climate Change Roundtable this week in Fiji. 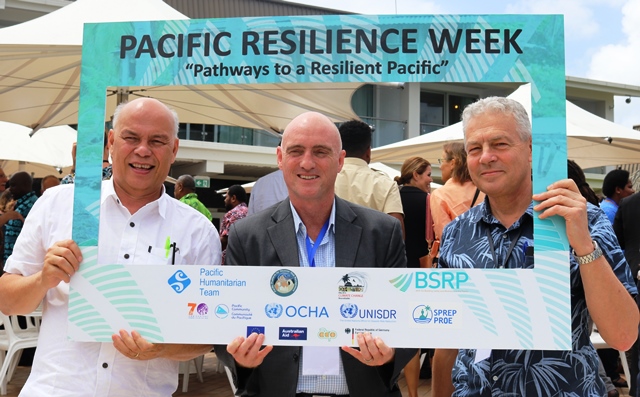 "It's a Pacific journey which began several years ago, bringing the two streams together, and it makes sense for us, as in our countries the risks and responses are similar and are already being addressed as such, we are now on a course to reflect this at the regional level," said Mr Roger Cornforth, the Deputy Director General of the Secretariat of the Pacific Regional Environment Programme (SPREP).

There are three goals in the FRDP: strengthened integrated adaptation and risk reduction to enhance resilience to climate change and disasters, low carbon development, strengthened disaster preparedness, response and recovery.

All of which feed back into global agreements and frameworks for which the Pacific Islands are committed towards. Now the work is underway to determine the best way to transition the two different sectors under FRDP and PRP, so Pacific island people, communities and their livelihoods are as resilient as possible.

"As we all know, this is very much needed: Disaster and climate risk continues to escalate, particularly in terms of cyclones, floods, droughts and heatwaves. These hazards account for 905 of all disasters globally and a similar number in the Pacific," said Mr Andy McElroy Pacific Coordinator and Head of Office for the United Nations Office for Disaster Risk Reduction as he spoke at the opening. - #PRW17

The Joint Pacific Climate Change Roundtable and Pacific Platform for Disaster Risk Management is held on 4 – 5 October, 2017 at the Holiday Inn, Suva.