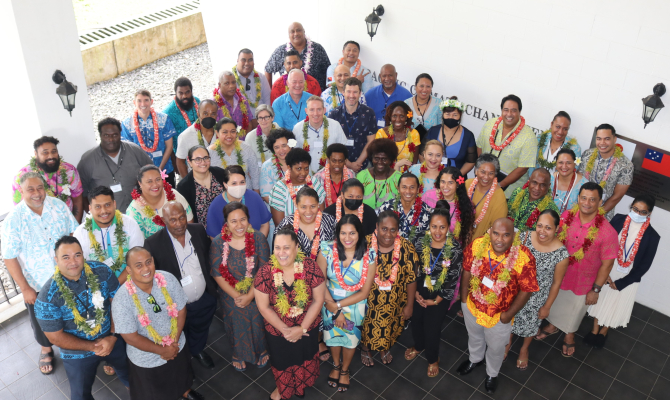 26 September 2022, Apia - As the clock ticks towards COP27 in the city of Sharm El-Sheikh, Egypt, Pacific nations, who are the forefront of climate change impacts, have gathered in Apia to deliberate, discuss and consolidate their positions on priority thematic areas ahead of the global negotiations.

The Pacific Small Island States (PSIDS) Preparatory Meeting for the UNFCCC COP27 from 26 – 29 September 2022 opened with a reminder that time is not on our side since the devastating impact of the climate crisis continues to take its toll on Pacific communities.

“We need to reconcile and make peace with our planet. We need to return to the pristine Garden of Eden and your collective work in this meeting is a key part of the Pacific’s contribution to this goal,” said Reverend Dr. Siaosi Salesulu, who opened the meeting.

The representative of the Chair of the PSIDS Group, Mr Henry Tunupopo, who is the Acting Chief Executive Officer of Samoa’s Ministry of Foreign Affairs and Trade (MFAT), opened the meeting. He said the region’s mandate to guide the preparatory work going into COP27 is well understood by the meeting’s delegates.

“The preparatory sessions that you will undertake this week aims to strengthen our collective participation for COP27 and better equip our PSIDS negotiators on the current state of play within the context of the UNFCCC environment,” he said. “This is a good opportunity for an in depth focus on the key thematic areas; to reflect on how far we have come as PSIDS throughout the negotiations; our current negotiations context and set out the next steps that will guide our participation at COP27.”

Mr Tunupopo added that it’s important to reflect on the progress made thus far as PSIDS look ahead.

“The finalisation of the Paris Agreement Work Programme and establishing the Glasgow Climate Pact are key decisions that our PSIDS have fought long and hard to secure as part of our efforts to address climate change as the single greatest threat to the livelihood, security and wellbeing of Pacific Island people,” he said. “Despite the progress at COP26 in establishing frameworks to progress negotiations and facilitate work programs, we all agree that there remains a significant gap in the ambition required to safeguard the Blue Pacific and the planet. The continuing resonance of the irrefutable evidence provided by science of the climate emergency and the need for urgent action seems to be falling on deaf ears.”

The Director General of the Secretariat of the Pacific Regional Environment Programme (SPREP), Mr Sefanaia Nawadra, echoed the message from the PSIDS Chair.

“The next three days provides an opportunity for in-depth dialogue amongst peers with common goals, and shared priorities. Common goals and priorities to which we as Small Island Developing States have been mandated to convey at the highest level by our constituencies. A task that cannot be lukewarm in application or half-hearted in approach,” Mr Nawadra said.

“For we all are very much aware that our very existence is dependent on our fortitude, our tenacity, our resilience and only through genuine partnership. As we again come together as representatives of our peoples and our regions, let us not waiver in our efforts but find strength through unity to drive forward the momentum for saving the world.”

The Director General acknowledged the Government of Samoa as the Chair of PSIDS, the Climate Analytics team, regional agencies, and partners and most importantly the participants from National Governments from across the Pacific region.

He also acknowledged the Government of Ireland for funding the meeting. 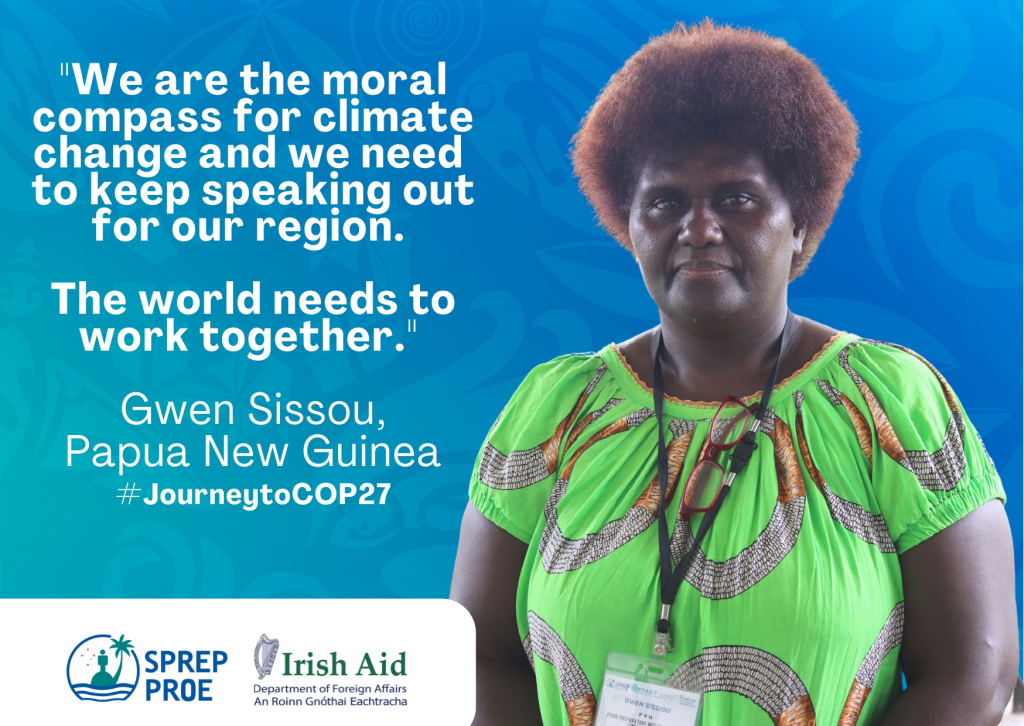 The opening session saw delegates engage with the COP27 Lead Negotiator and Director of the Department of Climate, Environment, and Sustainable Development of the Arab Republic of Egypt, Ambassador Mohammed Nasr.

The 27th Conference of the Parties to the UN Framework Convention on Climate Change will be held in Sharm el-Sheikh, Egypt from 6 to 18 November 2022.

The Pacific Small Islands Developing States Preparatory Meeting for the UNFCCC COP27 was funded by the Government of Ireland and facilitated by SPREP from 26 – 29 September 2022.