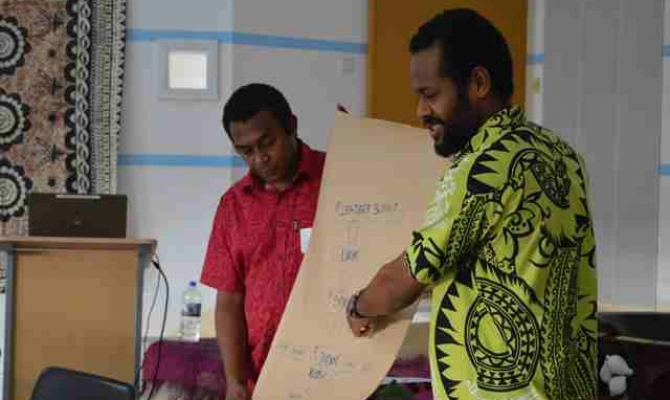 Island and Ocean Ecosystems
Discussions on the development of the Melanesian Biosecurity and Invasive Species Group for the long-term management of invasive alien species and biosecurity took place at a two-day workshop held in Port Vila, Vanuatu this month.

The workshop was hosted by the Government of Vanuatu through the Department of Environmental Protection and Conservation in collaboration with the Secretariat of the Pacific Regional Environment Programme. 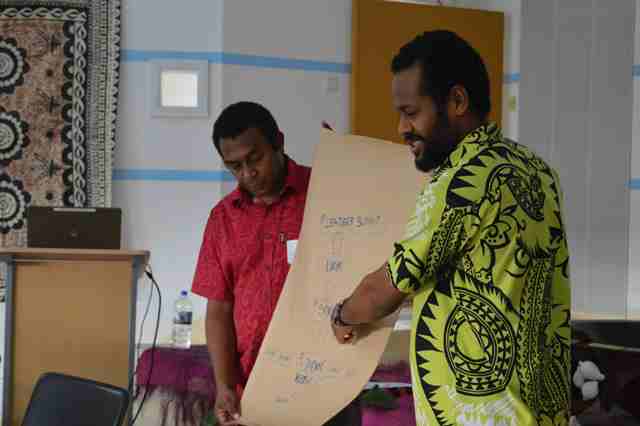 Presenting group work back to the workshop

National and regional experts from the Melanesian countries were invited to discuss and agree on a roadmap for the establishment of the group, which will be the first of its kind in Melanesia.

The group will provide sound and timely advice to Melanesian countries on biosecurity and invasive species related matters which will facilitate efforts to combat negative impacts to the environment, economy and community.

It will be a platform for members and expertise to deliberate on biosecurity and invasive species in respective countries and collectively in the wider sub-region of Melanesia. It will also provide the opportunity to set up key sub-regional initiatives that could include a Melanesia Regional Biosecurity Plan and a Melanesian Emergency Response Plan.

"We achieved this and now have ideas, a plan and a road map for the group to collaborate and address invasive species issues in Melanesia"

The Melanesia Group models a successful initiative by the leaders of Micronesia where they established a regional invasive species council from the nine jurisdictions in the region. The Micronesia council contributed strongly to the development of a regional biosecurity plan, which provides a template for other countries and regions to follow.