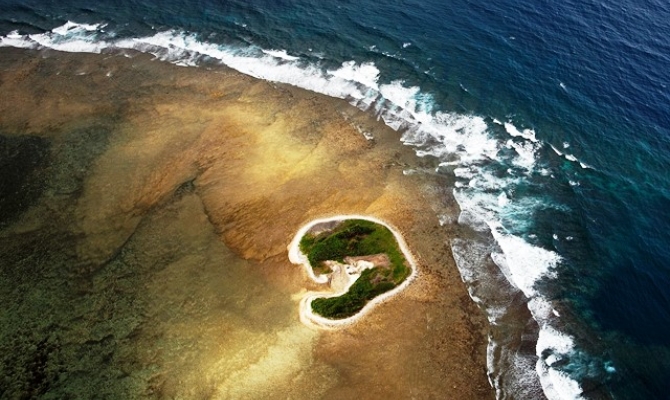 Island and Ocean Ecosystems
7 June 2017, UN Ocean Conference, New York - The Cook Islands has growing support in its call to explore the rights of the ocean as a legal person, during the UN Ocean Conference underway in New York this week. First done by Ecuador in 2008, giving nature – its mountains, rivers, forests, air, and islands legally enforceable rights to "exist, flourish and evolve"; New Zealand also gave the Whanganui River legal rights this year after 140 years of negotiation; courts in India also followed suit granting the Ganges and Yamuna rivers the same rights as human beings.

At the very first UN conference focussed on bringing the world together to achieve Sustainable Development Goal 14: Life Below Water, the island nation of the Cook Islands is amplifying its appeal to do the same for the Ocean. 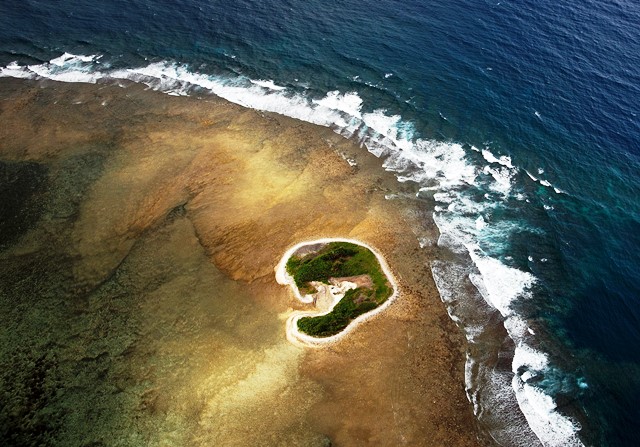 "This is not such a radical idea. The ocean is our provider, our sustainer, our life force. She provides for us and nourishes us. Yet we mistreat our ocean with pollution, overfishing and the impacts of climate change such as ocean acidification, coral bleaching and more severe and frequent cyclones," said Hon. Henry Puna, Prime Minister of the Cook Islands.

"With the recent announcement by the United States on the Paris Climate Change Accord, I can only say that we have moved backwards. We have moved back to an attitude that the environment is separate from us, that humans can continue with business as usual and that what we do to the environment will not come back and impact upon us."

The Ocean faces many challenges to her health, prompting the special UN Conference to strengthen partnerships of action to achieve SDG 14. Eight million tonnes of plastic is dumped into the sea each year turning her into one of the world's largest dumping grounds; Climate Change also has an impact on the ocean, one being the increase in carbon absorbed by the ocean making it more acidic; and unsustainable fishing practices are pillaging the resources of the sea. The list of ocean problems brought about by human induced activities continue and, it is here at the UN Ocean conference that human based solutions are being sought. 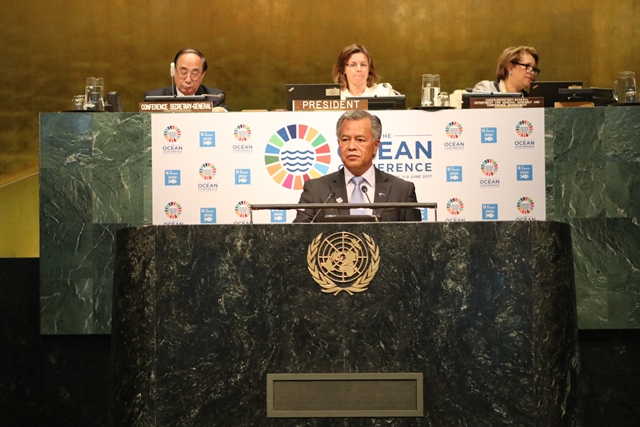 In Ecuador, a new "Rights for Nature" chapter was introduced to the national constitution, for which Article 1 reads: "Nature or Pachamama, where life is reproduced and exists, has the right to exist, persist, maintain and regenerate its vital cycles, structure, functions and its processes in evolution. Every person, people, community or nationality will be able to demand the recognition of rights for nature before the public bodies."

The Whanganui River in New Zealand, is now recognised as an indivisible and living whole from the mountains to the sea. If someone harms the river, the law sees no differentiation between abusing the local Maori tribe of Whanganui as they are one and the same. The Whanganui River can now be represented in court by two guardians to act on its behalf, one from the Whanganui tribe and the other from the crown.

Applying this concept to the Ocean is also supported by New Caledonia who believe this is a great idea. Their sentiments are echoed by a youth delegate attending the UN Ocean Conference, representing the future generation, the inheritors of our ocean.

"I hope we can explore the concept that the Prime Minister of the Cook Islands has introduced together, the concept of the rights for the Ocean. I hope that in the future we can be direct about the fact that it is our responsibility to protect and restore our ocean as it has done so for us," said Mr Antony Vavia, a youth delegate at the UN Ocean Conference.

"I hope that from this conference that we don't just talk about making partnerships, or about things we would like to achieve but rather be proactive about it and tackle them. We can do this together as a tremendous force for our Moana."

The UN Ocean Conference is held from 5 – 9 June, 2017 at the UN Headquarters in New York, it is co-hosted by the Governments of Fiji and Sweden. For more information please visit: https://oceanconference.un.org - #SaveOurOcean