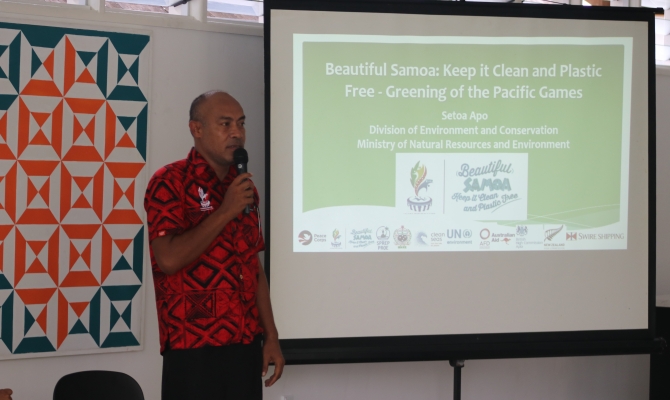 The Greening of the Games (GoG), an initiative to make the Samoa 2019 Pacific Games environmentally friendly, overcame challenges to become a great success. The outcomes of the initiative, including challenges and lessons learnt, were compiled in a report delivered by members of the GoG Committee during a side event at the 29th Meeting of Officials of the Secretariat of the Pacific Regional Environment Programme (SPREP) in Apia, Samoa.

The Pacific Games Office Chief Executive Officer Falefata Hele Ei Matatia stated that in addition to the time constraints, the GoG partners also faced a greater number of participating athletes than anticipated, and initial pushback from the business community who were hesitant at first to break from the norm and convenience of using single-use plastics and polystyrene food containers.

However, the GoG was worth the effort, stated Falefata. “We enjoyed the challenge because we wanted to go the road less travelled.”

Falefata said the effort involved working with economic, social, infrastructure and environmental concerns. Further, a major goal of the work was to establish new norms going into future games and to successfully changing mindsets, behaviours, and produce sustainable outcomes.

“We are very pleased with the outcomes of the games,” said Falefata. “You could not spot one plastic bag or one plastic bottle after the opening ceremony was over.”

Mr Setoa Apo of the Division of Environment and Conservation with the Ministry of Natural Resources and the Environment (MNRE) of the Government of Samoa, stated the GoG efforts were part of the nation’s ongoing efforts to ban single-use plastic items, such as straws and bags. He also stated that the success of the effort was largely due to engaging with different segments of the community, such as business, schools, athletes, and spectators or members of the public.

“Before the games, we carried out three city-wide clean ups,” said Mr. Apo. “It was a tremendous initiative and success.” 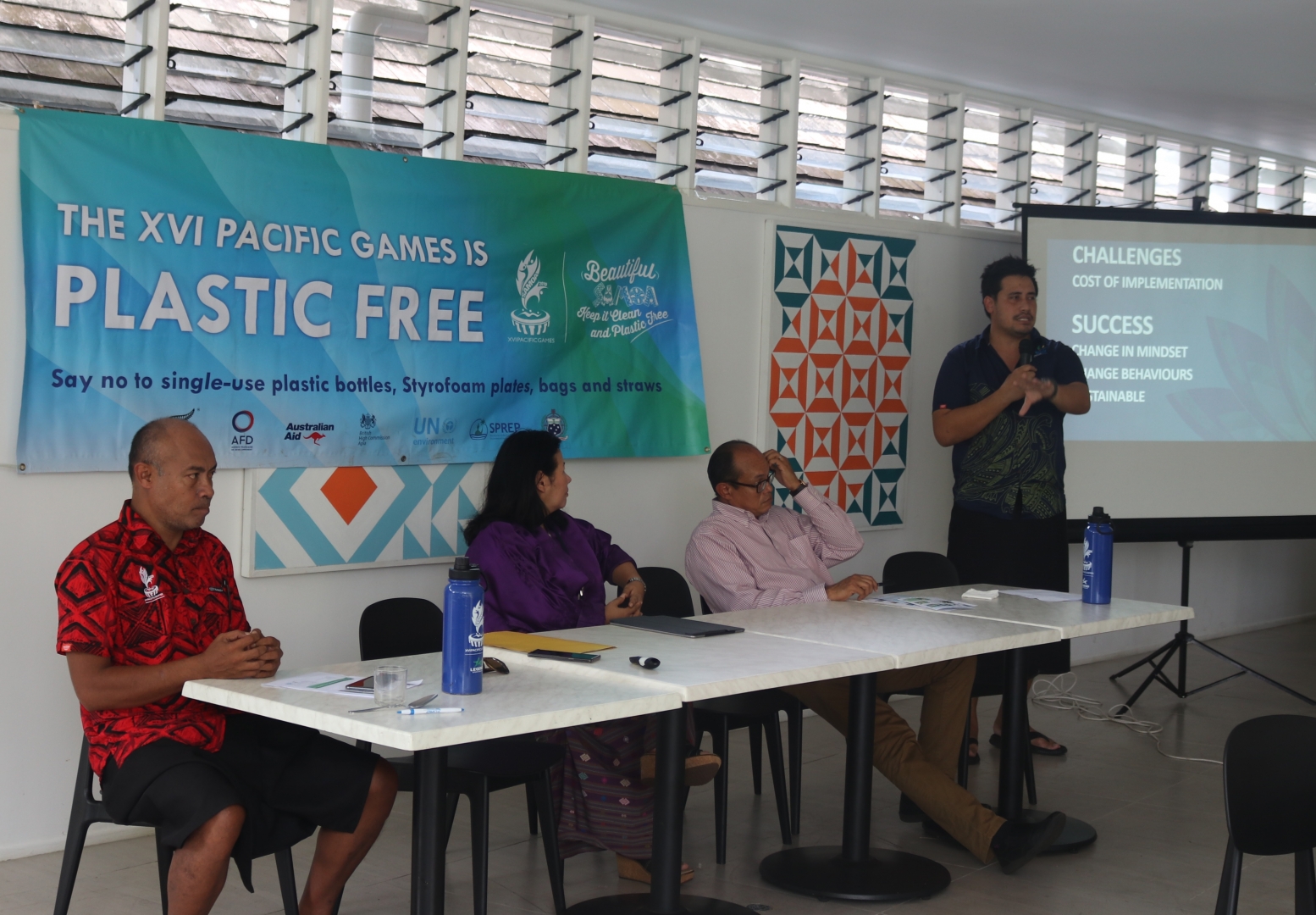 He also stated the GoG successfully linked and supported Samoa’s 2-Milllion Trees campaign by encouraging athletes and officials of visiting national teams to plant trees to offset the carbon emissions produced by traveling for the 2019 Pacific Games.

Mr. Rolph Payet, Executive Secretary of the Secretariat of the Basel, Rotterdam, and Stockholm Conventions, praised the efforts of the GoG committee, in particular Samoa, for the success of the effort.

“I know this region is outshining many of the other groups and regions we have been talking to,” said Mr. Payet.

Mr. Payet discussed how the GoG could provide tools for making sporting events, which make up a multi-billion dollar business worldwide, more environmentally friendly. He also noted the business has a massive environmental impact on host countries, communities and their natural environments.

“My advice is we will have to scale up all the lessons learned here, with the Greening of the Games,” said Mr. Payet. “There is already a movement. And I urge Solomon Islands as the host of the next Pacific Games, to go for it - it will be worth it.”

The Solomon Islands will host the Pacific Games in 2023.

“I will start by congratulating the Government and people of Samoa,” said Ms Tsering. “It’s really a story we’ve been eager to tell.”

Ms Tsering stated that one of the goals of UN Environment is a to have a world free of pollution and waste by 2050.

“We’re going to have to look at a zero-waste world if we want an inhabitable world in 2050,” said Ms Tsering.

This could be possible with transformative partnerships between governments, organisations such as SPREP and the Pacific Games Office, businesses and private citizens. She praised the GoG as good example of the work of such a partnership.

Director General of SPREP Mr. Kosi Latu stated that the games presented a special opportunity to create positive change in the region, to influence behaviour, and to spread an environmental message. However, the GoG faced challenges and a severe time constraint.

“We were asked to come in only five months before the games, and the timing was not ideal but we knew it was the right thing to do so we took up the challenge,” said Mr. Latu. “The Solomon Islands present another opportunity to carry out another successful Greening of the Games, and now we have the advantage of a few years to prepare.”

Mr. Latu praised the efforts involved in making the GoG a success, in particular the efforts of communicating and disseminating a plastic free, environmentally friendly message.

“Importantly, we may look at this for what we can do to leverage more action in the future,” said Mr. Nawadra.

SPREP is preparing a series of reports about the results of the GoG, which may guide future greening efforts at large scale public events at both the national and regional level.