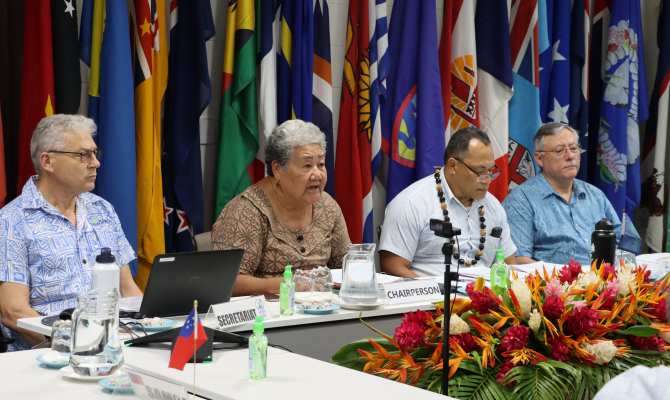 2 September 2020, Apia, Samoa – The second Executive Board (EB) meeting of the Secretariat of the Pacific Regional Environment Programme (SPREP), the first to be held virtually, was officially declared open by the Prime Minister of Samoa, Hon. Tuilaepa Lupesoli’ai Sailele Malielegaoi.

Also joining the virtual meeting as observers are representatives from the Cook Islands, Fiji, Tonga, and the United Kingdom, as well as the United Nations Environment Programme, World Meteorological Organization, and the Japan International Cooperation Agency. 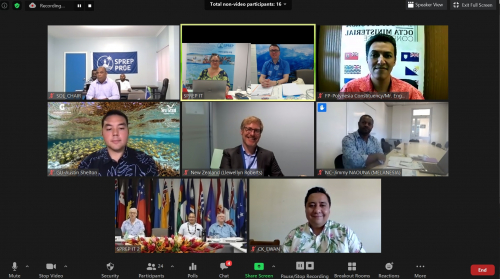 The Hon. Prime Minister of Samoa delivered the opening remarks to officially open the meeting, as the Outgoing Chair of the SPREP Meeting. He stated that the next three days provide opportunities for Board Members to hear from the Secretariat on key issues, for in-depth dialogue amongst peers with common goals, and for agreeing on our shared priorities.

The Hon. Prime Minister commended the strong efforts by the Secretariat to collaborate and coordinate closely with all other CROP agencies “in a manner conducive to collectivism in order to achieve our Vision of a Blue Pacific Continent.”

“As members of the Executive Board, you have been entrusted an onerous and challenging task and I urge you to think holistically but practically on durable solutions to help address our evolving new reality,” he concluded as saying.

The meeting invited Dr Melchior Mataki, representative of Solomon Islands, to assume the position of Chair, and also officially announced the assumption of the position of Vice-Chair by Guam which is being represented by Dr Austin Shelton.

Dr Mataki, along with the Director General of SPREP, Mr Kosi Latu, commended outgoing Chair, in particular Peseta Noumea Simi, who has been at the helm of SPREP for the past year, and expressed their appreciation for her leadership during a very uncertain and difficult period, and in facing the unusual circumstances the Secretariat faces today.

The Second Executive Board meeting is being held virtually from 2 – 4 September 2020.

The Meeting brings together the eight members of SPREP’s Executive Board. This includes the Troika of past, present and future chairpersons of the SPREP Meeting, and representatives of Melanesia, Metropolitan, Micronesia, Polynesia, and French speaking Member countries of SPREP.

The five metropolitan members of SPREP are: Australia, France, New Zealand, United Kingdom, and the United States of America.