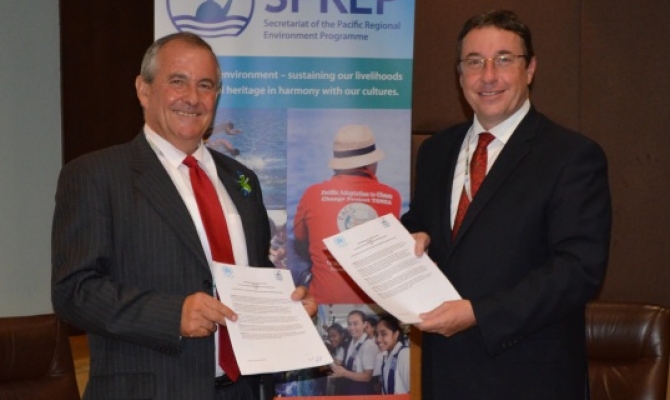 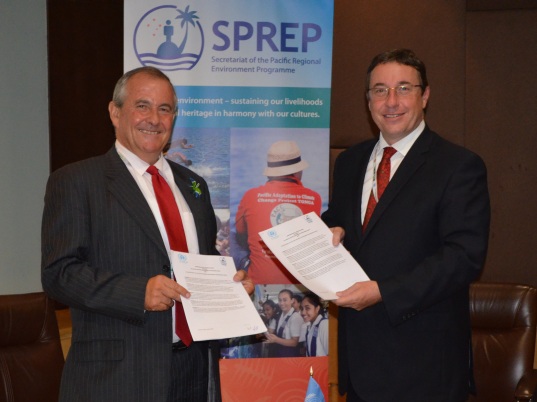 The 11th Conference of the Parties to the Convention on Biological Diversity was the backdrop for the event which brought together Pacific island countries and territories to commemorate. 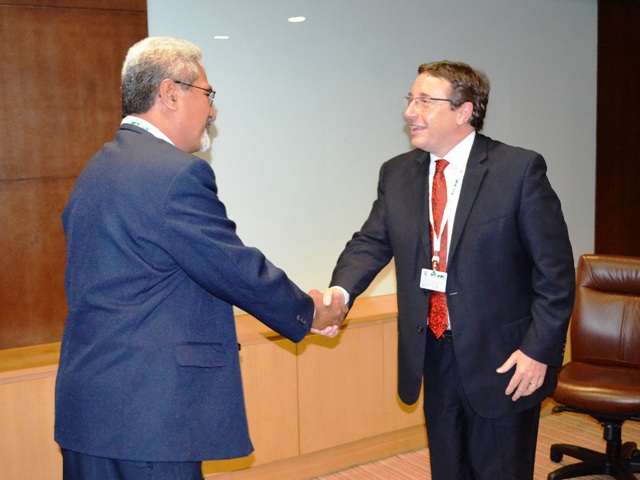 The Hon. Tufuga Gafoa, Associate Minister of the Ministry of Natural Resources and Environment of Samoa also attended the event, meeting the Executive Director of UNEP, Mr. Achim Steiner.

“Small Island Developing States have in the United Nations, found one of the places where their voice is heard louder and clearer than in some of the other for a that we have for our geo-political meetings and I would like to commit our MoU that we have signed today, to strengthen that voice. 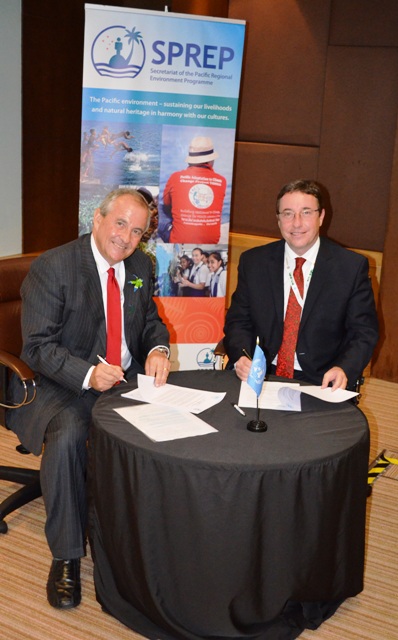 The last MoU signed between SPREP and UNEP took place in 2005, the new agreement is to cover the next five years.  It will help ensure increased cooperation in mutual areas of work and expertise.  Environment information will be exchanged and there will be an increased in capacity of Pacific islands to access and manage environment and climate change resources.

The signing of the Understanding was a special moment for Mr. David Sheppard, the Director General of SPREP.  Having extended his contract for another term, plans to rejuvanate the partnership through an official agreement began after Mr. Sheppards first week at SPREP, three years ago.

“In our Pacific region we suffer major issues of isolation, biodiversity loss, major challenges and we must have good partners.  Since coming to SPREP we have had a reform process, focused on delivery to members, improved our systems and built better partnerships.  Partnerships are fundamental,” said Mr. Sheppard.

“We see UNEP as a partner of choice, this MoU as very important, and SPREP is committed to making this agreement work in the future.” 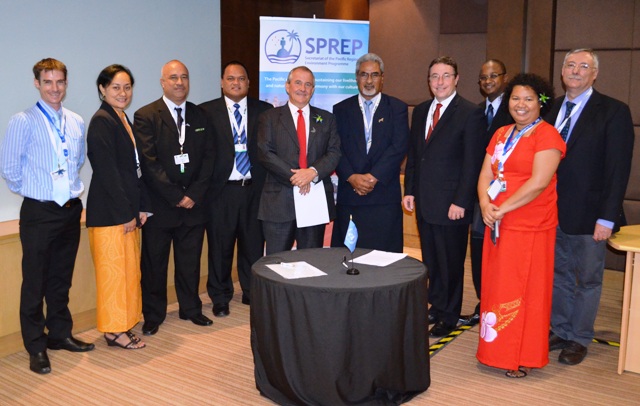 Present at the signing event today were delegates from the Cook Islands, FSM, Samoa, Tonga and Tuvalu with staff from SPREP and UNEP.