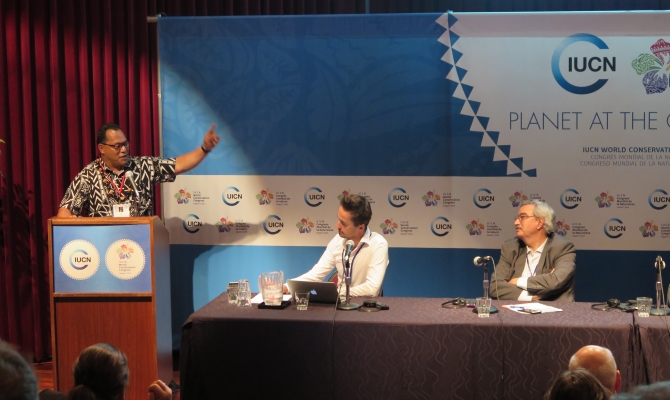 Island and Ocean Ecosystems
The Secretariat of the Pacific Regional Environment Programme (SPREP) participated in the European BEST Initiative Event at the World Conservation Congress in Hawaii this month.

BEST promotes conservation of biodiversity and ecosystems in European Union's outermost regions and overseas countries and territories. Since its origins in 2008, the achievements of BEST projects have led to international acknowledgement and an open partnership, all the way to current activities towards sustaining BEST as a partnership for a tailored-made grant scheme with the development of regional ecosystem profiles and conservation strategies.

Mr Kosi Latu, the Director General of SPREP was one of the featured speakers at the event focussing on two key projects – the PACIOCEA project which saw SPREP work with the French Agency for Marine Protected Areas (AAMP) in a pilot for regional scale marine spatial planning; as well as the Pacific Biodiversity Blue Belt which aims to achieve a blue belt of strong, healthy biodiversity across the Pacific that continues to support the sustainable development and future resilience of ecosystems and communities in the Pacific region. 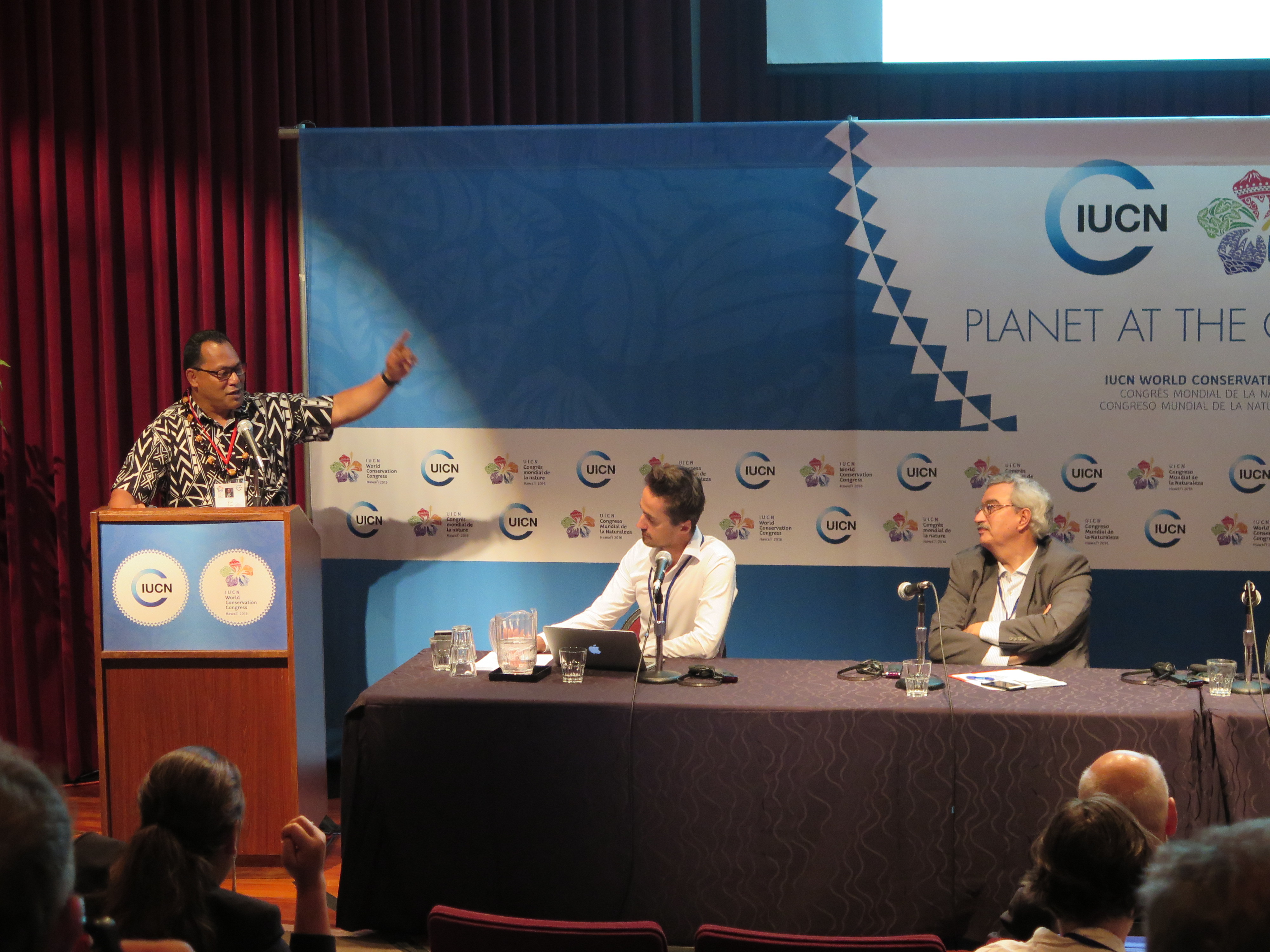 "The PACIOCEA provided a very useful initial step in bringing together experts, Pacific island countries and territories, and other regional players to take a good objective look at the multiple layers of issues that affect sustainable use of our region's marine ecosystems and resources," presented Mr Latu.

"It demonstrated the need for well-informed, science based planning and strong stakeholder engagement across the region to ensure a comprehensive and coherent marine spatial planning process across so many stakeholders. It was a project that opened up new areas of work for regional scale ocean management. As such, it has helped to set the stage for future regional scale integrated planning and management for the Pacific islands marine ecosystems and resources. We are continuing with this theme at present through our partnership with the Convention on Biological Diversity (CBD) Sustainable Oceans Initiative."

As for the Blue Belt Project, SPREP members are seeing the benefits of the project which has a focus on both locally identified & immediate needs with 'practical on-ground' methods for project delivery.
"We see our work under the BEST initiative as not just implementing a new concept, but it strongly complements our work with European Development Fund and other programmes for African Caribbean and Pacific countries. The BEST programme brings added benefits to support and foster our capacity to work more with our Pacific island Territories," said Mr. Latu. 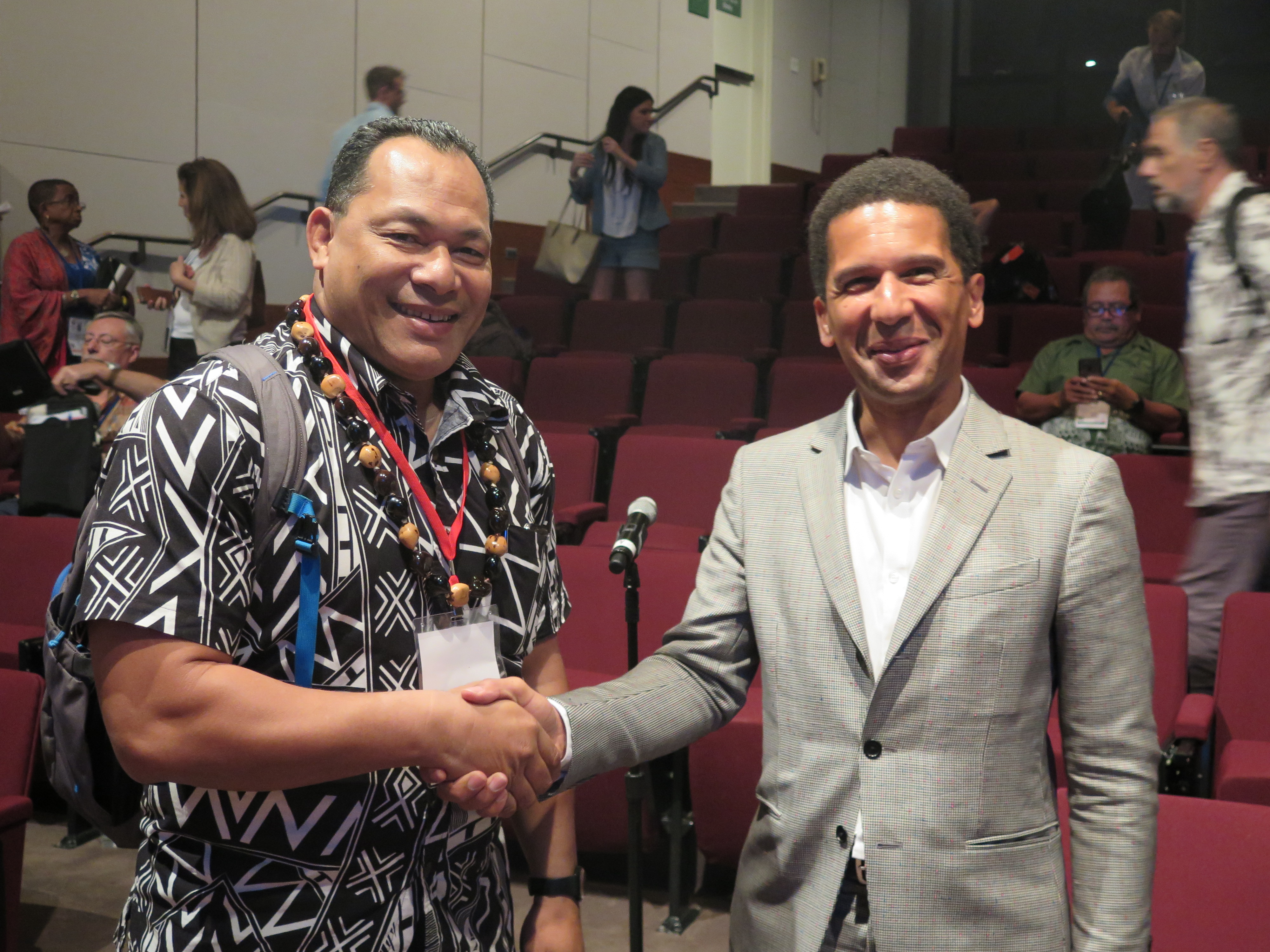 SPREP Director General speaking with French Ambassador for the Environment, Xavier Sticker, about SPREP experiences with effective use of EU funds for Pacific island territories under the
Biodiversity and Ecosystems Services Trust (BEST) Initiative. Photo: SPREP

"For SPREP, participation in the BEST 2.0 initiative brings a very constructive relationship with the greater biodiversity programmes of the European Union, regionally and globally. It is beneficial for us all, where our involvement and real-world experience enables us to share with other Small Island Developing States regions and the EU on new wisdoms and ideas for input to global prioritisations."