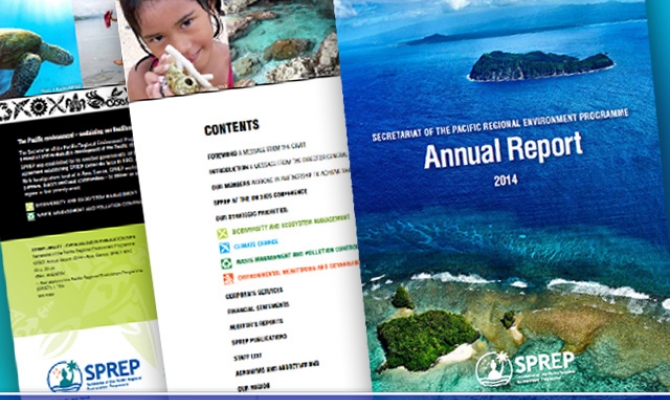 General News
The Secretariat of the Pacific Regional Environment Programme (SPREP) is pleased to advise that the 2014 SPREP Annual Report is now available online. The Report, available in both English and French, documents the many projects and activities through which SPREP has supported Pacific island countries and territories to address their environmental and development challenges in 2014.

These challenges include climate change - identified by Pacific Leaders as the major challenge facing the region; biodiversity loss - with rates of loss among some of the highest in the world for some species; and ever increasing levels of solid and hazardous waste in Pacific countries and territories. 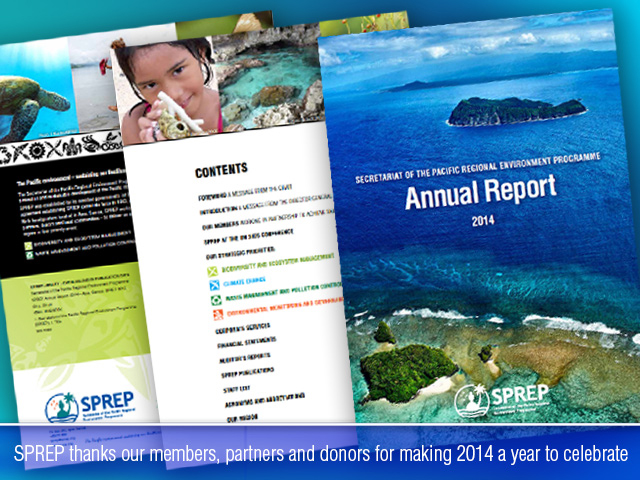 "This Annual Report outlines how SPREP has been helping our Pacific island Members to address these challenges, from the community to the international level. I am pleased to note that, since 2010, our direct financial support to Pacific island Members has increased from around USD 2.5 million to over USD 8 million in 2014, which is over and above the significant technical and capacity building support provided to Members."

The Report will be presented to the 26th SPREP Meeting in Apia, Samoa. Printed copies of the Report will be sent to our Members and partners over the coming weeks with additional copies available on request.
Comments and feedback on the 2014 Annual Report are most welcome and can be directed to
[email protected]