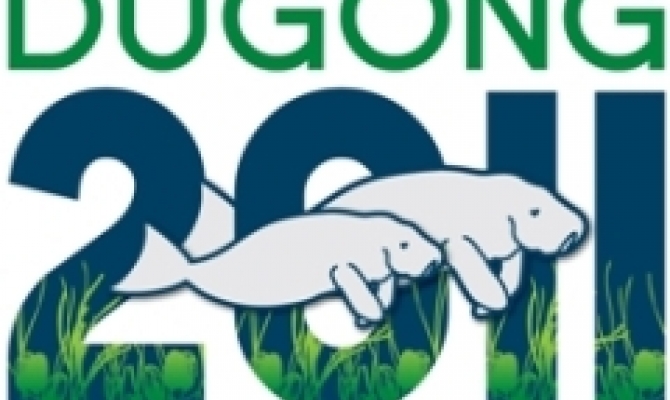 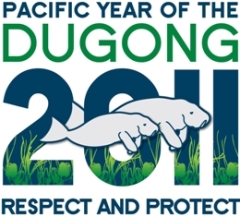 Programme (SPREP) by the Marine Species Officer, Mr. Lui Bell, at the launch of the Pacific Year of the Dugong in Palau.

The SPREP Director, Mr David Sheppard, sends his apologies for not being here today due to a prior commitment to attend the Climate Change Roundtable currently taking place in Niue.

On behalf Mr David Sheppard, I would like to thank the Government of Palau and the organizers of this event for accepting our request to include the regional launch of the Pacific Year of the Dugong campaign as part of your national campaign launch today. Thank you.

It was originally envisaged that the regional launch here would include representatives from all Pacific Island dugong range states and to also include of the review the regional dugong action plan. Unfortunately, funding constraints has made this impossible.

As most of you know, SPREP has been operating a regional marine species programme which focuses on three groups of marine species of conservation concern: dugongs, marine turtles and cetaceans. SPREP has a 5-year regional action plan for each of these groups.

In 2007 the SPREP Meeting endorsed the Secretariat's proposal to also include sharks in its regional marine species programme. In November 2009, the regional Plan of Action for Sharks was launched jointly by SPC, FFA and SPREP.

SPREP's work for the conservation and management of marine mammals in the Pacific Islands region can be dated back to the mid 1980s when UNEP's Regional Seas Programme supported dugong conservation projects in Palau and Vanuatu.

In 1991 SPREP and UNEP facilitated a regional biodiversity conservation workshop in Vanuatu. One of the outcomes of this meeting was work towards a draft Marine Mammal Conservation Programme.

However, in 2002, it was decided to give more recognition to dugongs, and as a result the SPREP regional marine mammal programme was split with dugongs and cetaceans having separate regional action plans. Thus, starting from 2003, separate 5-year regional dugong and cetacean action plans were in place.

The campaign is considered necessary due to several factors, for example:

The Pacific Year of the Dugong Campaign has four key objectives:

Dugongs face a host of threats to their survival. They are an easy target and are highly susceptible to coastal hunters. Subsistence hunting of dugongs may have been sustainable in the past. However the combination of increasing human populations in the Pacific and the introduction of new harvesting technologies such as outboard motors and gill nets has severely impacted the species. The fact that dugongs have a long life span but are slow breeders makes them susceptible to population decline. It has been estimated that a dugong population of only 100 animals would not sustain any human-caused mortality.

Then there are the threats to the food sources of dugongs, seagrasses. Coastal development increases sedimentation and turbidity which not only smother seagrass but also reduce the amount of light reaching them, resulting in the degradation of seagrasses and a reduction in their density and productivity.

SPREP's work is guided by its mandate, which is "to promote cooperation in the Pacific islands region and to provide assistance in order to protect and improve the environment and to ensure sustainable development for present and future generations".

This theme of cooperation and providing assistance is, first of all, reflected in SPREP's commitment to maintain, facilitate and provide support and assistance to implement the regional marine species programme, including the regional dugong action plan.

Secondly, SPREP seeks cooperation of partners and collaborators to implement the action plans, sometimes by entering into Memorandum of Understandings.

I would like to acknowledge here our collaboration with the Convention on Migratory Species (CMS) under a Memorandum of Cooperation signed in 2005 which has since resulted in closer working relationship between SPREP and CMS on marine species work that includes dugongs. I would also like to acknowledge in particular the recent assistance from UNEP/CSM for dugong work in the Pacific Islands region.

However, there are over-arching problems and challenges surrounding conservation efforts in the Pacific Islands region. Some of these include:

To address these challenges, SPREP calls on Governments and partners, communities, fishermen, marine tour operators and developers, for us all to work together:

The continuing health of dugong populations is essential to maintaining a healthy Pacific Ocean. Join us as a Pacific family in making sure we play our part to Respect and Protect dugongs and their habitats.

In closing, I would like to congratulate all of the SPREP members that are dugong range states for signing the CMS MoU for the Conservation and Management of Dugongs and their habitats throughout their range.

I would like to especially congratulate the Government of Palau and local promoters on the great initiatives and achievements in the declaration of the sanctuary for sharks and sanctuary for marine mammals. These are milestone examples for the region advancing the conservation of marine species of conservation concern.

Ladies and gentlemen, I would like to affirm SPREP's commitment to the implementation of the regional dugong action plan and this Campaign and will continue to look at new ways to strengthen our cooperation with partners in order to achieve common goals.