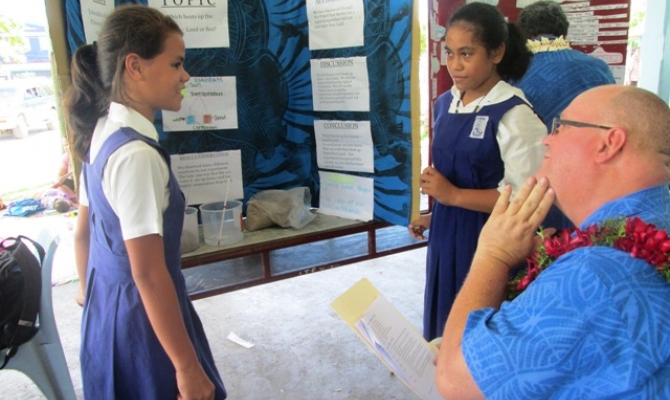 "A healthy environment is the basis for a healthy living" was the theme of the Science Fair for St Mary's Primary School in Apia, Samoa.

The Secretariat of the Pacific Regional Environment Programme (SPREP) was a proud supporter of the event, with Mr Neville Koop, SPREP's Meteorology and Climatology Adviser, participating in the judging panel alongside the Ministry of Natural Resources and Education, Ministry of Education and the Scientific Research Organisation of Samoa. SPREP also provided resource packs as part of the prizes for the Fair. 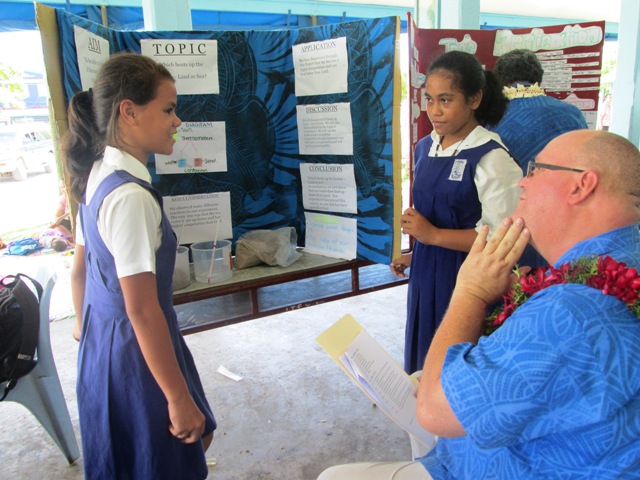 "It was a privilege to be part of this terrific event and the enthusiasm of staff and students was truly commendable. To see so many parents, family and friends in attendance was also very encouraging," said Mr. Koop.

"It was clear from the projects presented at the fair that the students have been taught well to critically examine and analyze their surrounding environment using scientific methods, and the high standard of the projects was a testament to the hard work of the St Mary's school teachers and the Ministry of Education. "

There were three divisions for the Science Fair – Junior, Intermediate and Senior. The winner of the overall division was Ms. Angela Hazelman, aged 12. Her project set about to answer the question – "Does repetitive flooding affect soil absorption?" 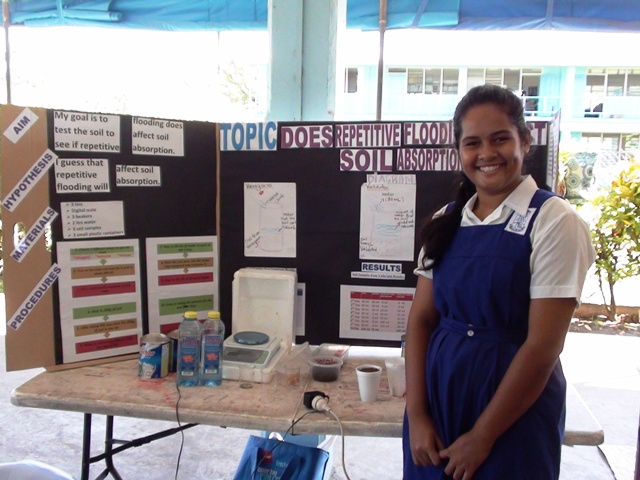 She won a 50 tala gift voucher from Samoa Stationeries and Books, an Android Tablet from Bluesky Samoa, a trophy from the Disaster Management Office and a SPREP resource pack containing booklets, posters dvds, a t-shirt and flashdrive.

There were 3 winners from 3 different divisions on the day and overall 9 winners were awarded the SPREP resource gift packs.

We at SPREP would like to congratulate all science projects that were displayed during the Science Fair.