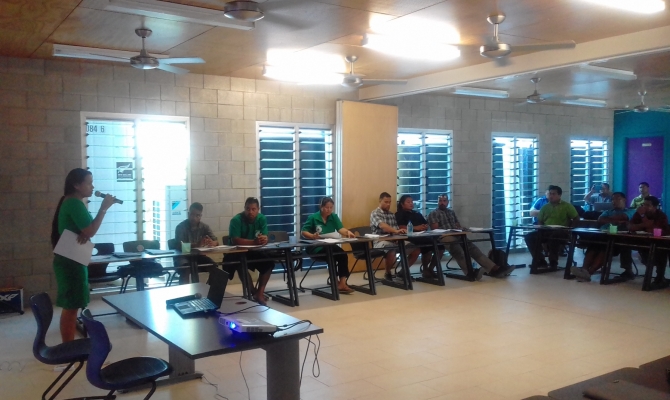 Island and Ocean Ecosystems
Kiribati has been recognised for the past decade as a regional and global leader in marine conservation through the establishment of large protected areas within its extensive EEZ. The very first shark sanctuary enforcement and compliance training workshop is now underway in Kiribati, funded by the Secretariat of the Pacific Regional Environment Programme (SPREP), with support from The Pew Charitable Trusts.

Opening on Monday, the workshop involves more than 20 participants including government officials from the Fisheries Division, Customs, Police and Maritime, Environment, Port Authority, Health and Foreign Affairs and Immigration in the Gilbert Islands, as well as participants from Kiritimati (Christmas) Island in the Line Islands.

Over the course of this week, the workshop participants are undergoing an intensive hands-on course that guides them through different scenarios they may encounter in administering the shark sanctuary, including reporting of illegal shark fishing, vessel boarding, collection of evidence, safety measures, making arrests, preparations for court appearance, and education and outreach programmes. The workshop is led by certified trainers from Guam that have implemented similar training programs in Palau, Marshall Islands and the Federated States of Micronesia 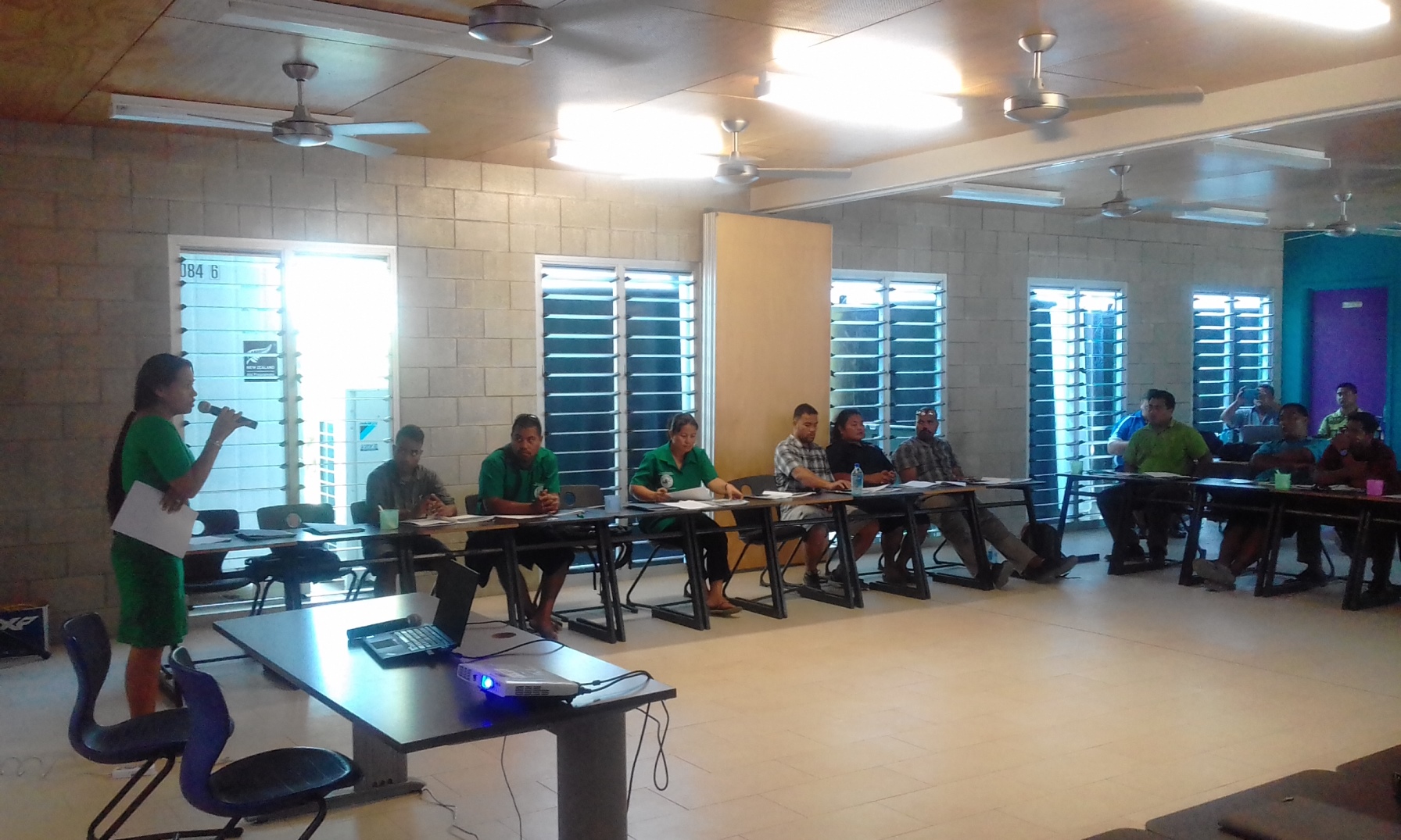 Mrs Sonia Schutz-Russell, Deputy Secretary of the Ministry of Fisheries and Marine Resources Development, speaking to the participants. Photo: J.Ward/SPREP

The workshop was officially opened by Mrs Sonia Schutz-Russell, Deputy Secretary of the Ministry of Fisheries and Marine Resources Development, who noted that since Kiribati had adopted the shark sanctuary regulation in 2015 under the Fisheries Act 2010 (Amendment), they had banned the harvesting of sharks in Kiribati's Exclusive Economic Zone, (which is larger than the land mass of India), to arrest the rapid decline in their numbers and to ensure their future conservation

"Although Kiribati is a shark sanctuary, the ban on fishing for sharks only covers commercial fisheries. Subsistence fishing for sharks by communities will still be permitted for local consumption, because sharks are a source of protein for I-Kiribati," said Mrs Russell.

Mr Wayne Andrew, Regional Mentor for the Pacific Islands Management and Protected Areas Community (PIMPAC) of Palau is one of the trainers, and he has been working on the enforcement and compliance capacity on shark sanctuaries of each jurisdiction of the Micronesia region since 2011.

He stated that "the importance of this training workshop is to provide the skills to the local government enforcement authorities in order for them to carry out their duties through enforcement of their regulations and laws that are critical to the shark sanctuary that they have created."

"The participants that are undergoing this training are the tip of the spear for each of their jurisdictions. It is vital that we keep the spear sharp and strong as possible," said Mr Andrew.