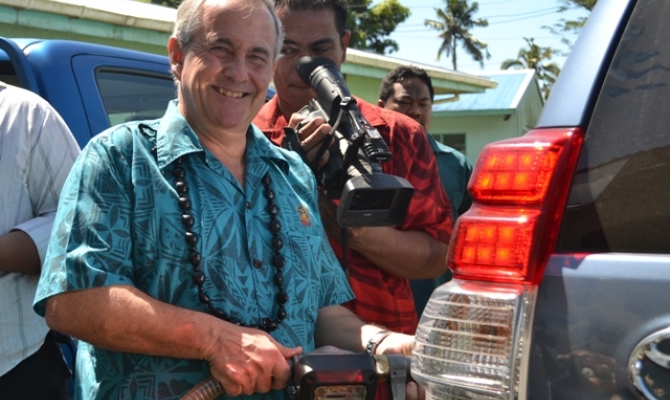 Partnering with the Scientific Research Organisation of Samoa (SROS), the Secretariat of the Pacific Regional Environment Programme (SPREP) will, as of today, begin using biodiesel in its fleet of vehicles. 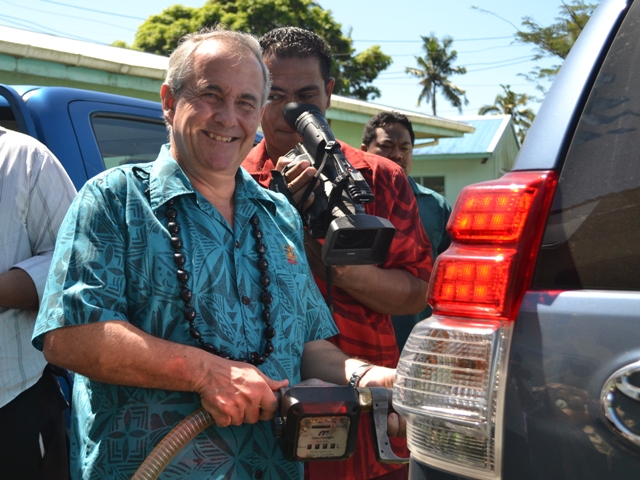 Biodiesel is an alternative fuel to diesel, based on a mixture of fuel made from renewable plant sources and diesel. Supplying the SPREP vehicles with this Samoa-made biodiesel is a key milestone for SROS in the further development of a cleaner and more sustainable fuel option for Samoa.

"We hope the small seeds planted today by the use of biodiesel in SPREP's vehicles will take root and make a difference to efforts to move to an energy efficient future for Samoa," said David Sheppard, Director-General of SPREP.

In his opening remarks at the launch event held at the SROS headquarters in Avele today, the Director-General highlighted the challenge of climate change to Pacific people's way of life and to national security.

"Even though the Pacific contributes just 0.03% of the world's total greenhouse gas emissions, our region has taken the stance that it is our moral duty to act," he said.

"We have an opportunity to show the rest of the world that Pacific Islanders, while among the most vulnerable to the impacts of a changing climate, are committed to taking practical action to reduce emissions."

SPREP is working with Pacific countries and territories, including Samoa, to respond to climate change, while improving sustainable management of ecosystems and biodiversity.

At the same time, the organisation is implementing the UNDP/GEF-funded Pacific Islands Greenhouse Gas Abatement through Renewable Energy Project (PIGGAREP). This project supports low-carbon development schemes in eleven Pacific Island Countries, including Samoa, through support for renewable energy strategies and for the development of related project proposals. 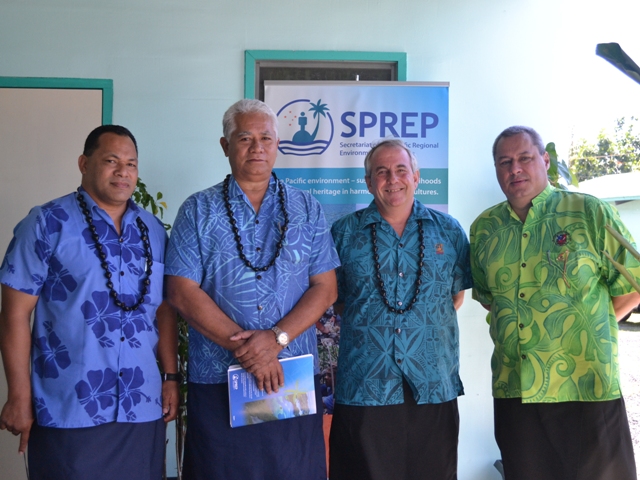 The Director-General congratulated SROS on leading efforts in Samoa in developing clean, efficient and renewable alternatives to replace some imported diesel and expressed SPREP's support for further action in this area.

The volatility in world oil prices is also a key driver for encouraging renewable energy and energy efficiency development. Renewable energy has been indicated as a major priority for the region by Pacific leaders.

"Governments should strive to achieve these goals through meaningful fiscal and regulatory measures."

"I would also urge SROS to find ways and means to increase the percentage of renewable energy components in this biodiesel, to ensure that its sustainability can be enhanced and its contribution to GHG reductions increased," said the Director-General.