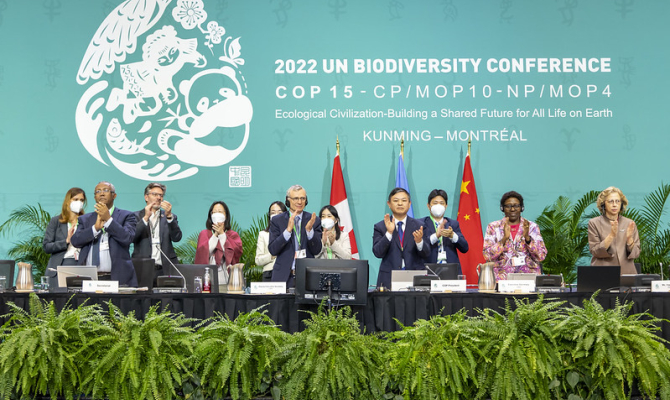 12 January 2023, Apia Samoa - The Secretariat of the Pacific Regional Environment Programme (SPREP) has applauded the outcome of the 15th Conference of the Parties to the Convention on Biological Diversity (COP15) held recently in Montréal, Canada, where the Kunming-Montréal Global Biodiversity Framework (GBF) was adopted.

The Kunming-Montréal GBF outlines a historic package of measures deemed critical to address the dangerous loss of biodiversity and to restore natural ecosystems.

The document includes four goals and 23 targets for achievement by 2030, as well as guidance for implementation, planning, monitoring, reporting and review and resource mobilisation. It also provides guidelines to help nations to build their capacity to meet the obligations and to boost the fair and equitable use of digital sequence information on genetic resources, which was a key part of the negotiations. 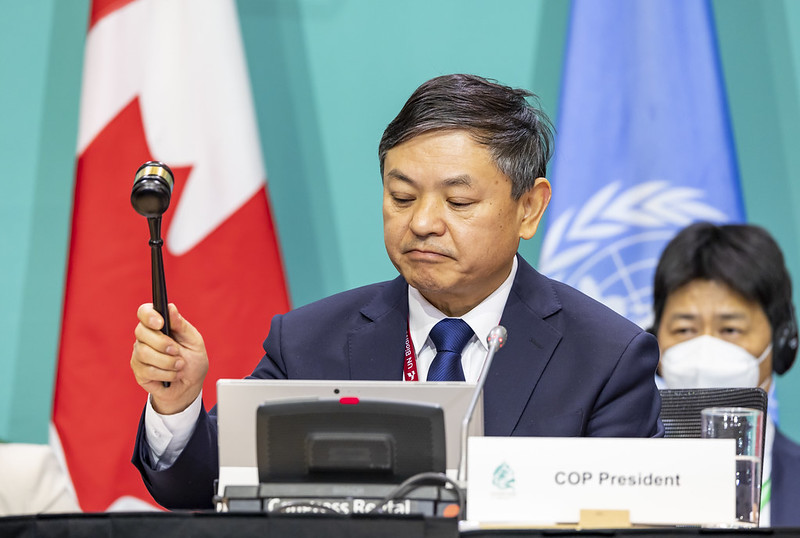 The Director General of SPREP, Mr Sefanaia Nawadra, welcomed the adoption of the Kunming-Montreal Global Biodiversity Framework. He acknowledged all Pacific delegates and SPREP partners who played a role in securing the GBF.

“Our Pacific countries were well represented in Montréal during the negotiations, and our negotiators actively participated during the process, which in many instances lasted well into the late night and sometimes into the early hours of the next day in what I can only describe as very trying conditions,” said Mr Nawadra.

“We were there as One Pacific Voice with a very clear message: we wanted to adopt an effective and coherent Global Biodiversity Framework which recognises that the Pacific islands region faces unique biodiversity conservation and management issues due to geographic isolation, limited land areas, and vast ocean spaces.

“Through our One Pacific Voice, we advocated that our Pacific member countries need investments in capacity to manage and monitor biodiversity especially the human actions impacting island biodiversity. We also told the world that we believe healthy ocean biodiversity should be a global priority.

“The outcome of COP15 provides a critical step in our journey towards achieving our goals and aspirations to conserve our unique Pacific biodiversity and to stop the dangerous loss of biodiversity throughout the world.

“Like all things in life, and especially when it comes to negotiations of this nature, the Pacific nations did not get everything we wanted, but the outcome lays the foundation upon which we will continue to build upon as we look to the future. I want to thank all the Pacific negotiators and everyone who played a role. I acknowledge that it was a very difficult time and some of them did not spend Christmas with their families and loved ones because of the challenges associated with having to attend the meeting. We thank you.”

Chaired by China and hosted by Canada at Montréal's Palais des Congrès from 7–19 December 2022, the negotiations involved more than thirty delegates from Pacific countries who were among representatives of 196 governments. The Kunming-Montréal GBF becomes the first global framework on biodiversity adopted since the Aichi Biodiversity Targets in 2010. 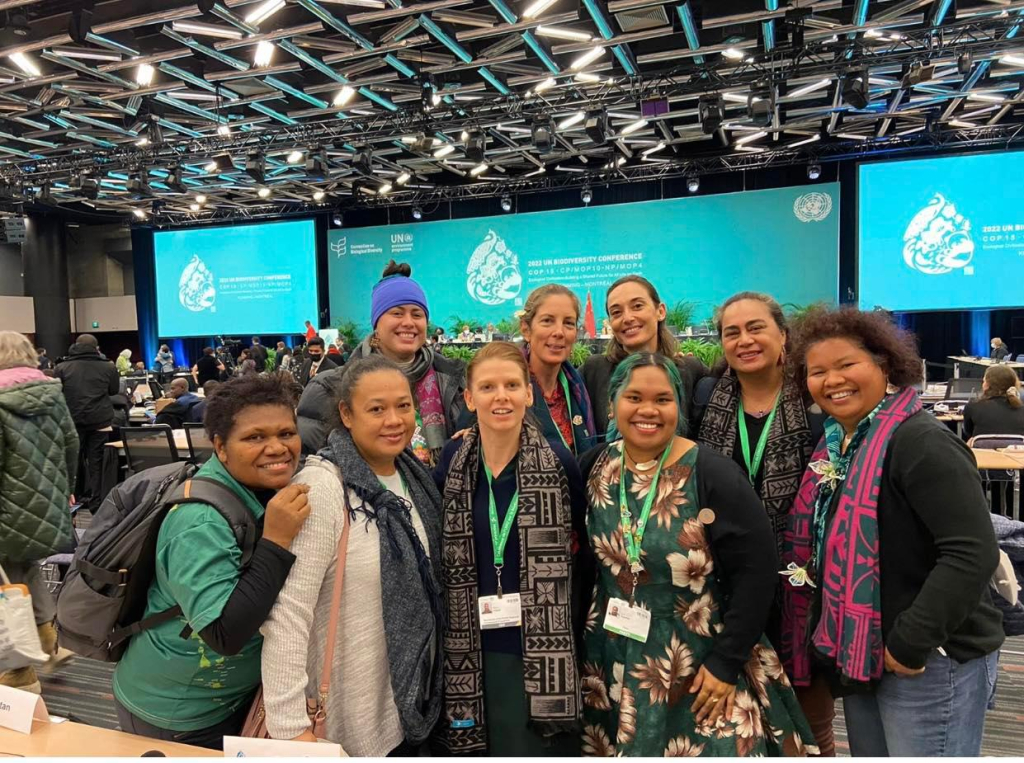 Fourteen Pacific Islands countries are party to the CBD, and they actively contribute to a unified One Pacific Voice on collective issues at COP15. The countries present in Montréal were the Cook Islands, Federated States of Micronesia, Fiji, Kiribati, Niue, Nauru, Palau, Papua New Guinea, Republic of the Marshall Islands, Samoa, Solomon Islands, Tonga, Tuvalu and Vanuatu.

Led by SPREP, support to Pacific island countries during the CBD negotiations has been implemented with technical input through the PIRT, and includes a One Pacific approach involving support from the Office of the Pacific Ocean Commissioner and the Pacific Community at COP15 with financial assistance from the Government of Australia and the ACP MEA Phase 3 Project funded by the European Union and the Organisation of African, Caribbean and Pacific States for the ACP countries.

To find out more about the four goals and 23 targets to be achieved by 2030 in the GBF, visit: https://www.cbd.int/article/cop15-cbd-press-release-final-19dec2022