The Pacific and Koronivia Pavilion is officially open! 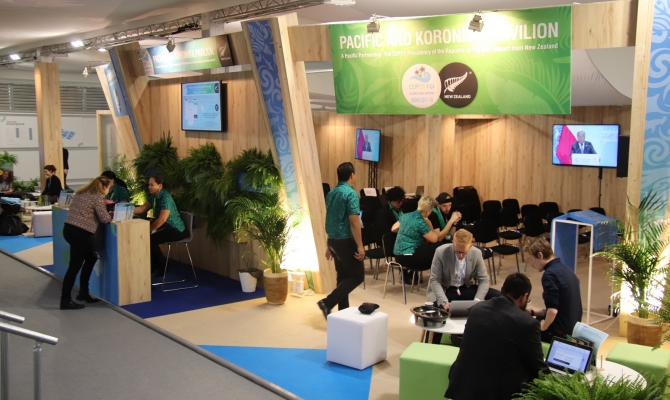 3 December Katowice, Poland - The Pacific and Koronivia Pavilion has opened its doors at the Twenty-fourth Conference of the Parties to the UN Framework Convention on Climate Change, bringing the Pacific flavour to the event in Katowice, Poland.

The Pavilion will showcase events highlighting Pacific innovation and climate action, being freely available to the 20,000 plus delegates attending the UNFCCC COP24. 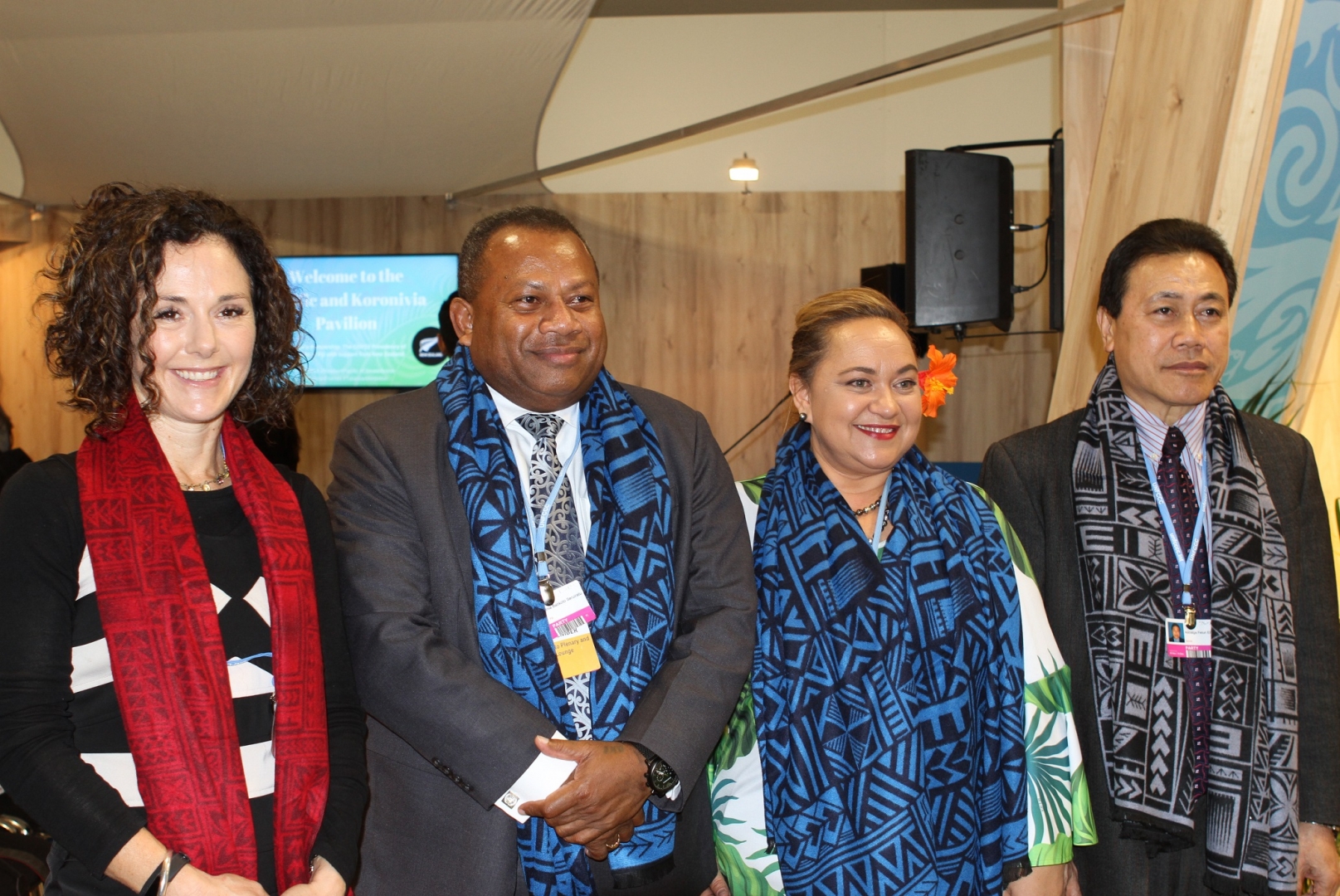 On behalf of the New Zealand Government, Ms Anna Broadhurst congratulated the COP23 Presidency of Fiji for leaving a successful legacy for COP24, and expressed New Zealand’s excitement over the Pavilion partnership and the side events to come over the next two weeks.

“This Pavilion is the culmination of a lot of hard work by a lot of people, and we are excited about the next few weeks. As fellow Pacific countries – prosperity and our security are intrinsically linked – climate change, as Pacific leaders have acknowledged, is the single greatest threat to the livelihoods and security and wellbeing of the peoples of the Pacific, and New Zealand hears that message,” said Ms Broadhurst.

Climate Champion, Hon. Inia Seruiratu spoke on behalf of the Fiji Prime Minister, Hon. Josaia Voreqe Bainimarama, to thank the Government of New Zealand and acknowledge the support of all including the regional agencies which came together for the Pavilion.

“This is a unique partnership we have forged, and through it we have the opportunity to highlight the particular vulnerability of Pacific islanders to climate change and spread the word about our collective mitigation and adaptation efforts,” said Hon. Seruiratu.

The Pacific and Koronivia Pavilion is centred around three key themes stemming from COP23: the Koronivia Joint Work on Agriculture (KJWA); the Ocean Pathway Partnership; and the Talanoa Dialogue.

“Koronivia is the name of the place outside of Suva, where for many years the Fijian Government has had an agricultural research and training station where many prominent Pacific agriculturists have received training. So it is fitting that the Koronivia Joint Work on Agriculture is named after this site given its history of innovation and strengthening capacities of Small Island Developing States,” said Hon. Seruiratu.

While Fiji has formally handed over the presidency of COP to Poland, the Fijian Government has expressed its intention to continue playing a lead role in the area of climate change, especially in the Talanoa dialogues that have occurred not only at COP but around the world.

“We can all be proud that our Talanoa concept of inclusive and respectful engagement has captured the imagination of the whole world, and is a wonderful legacy for the Fijian Presidency. We encourage you to actively engage in open and constructive talanoa over the next few days,” concluded Hon. Seruiratu.