Tokelau to be counted in Paris Agreement 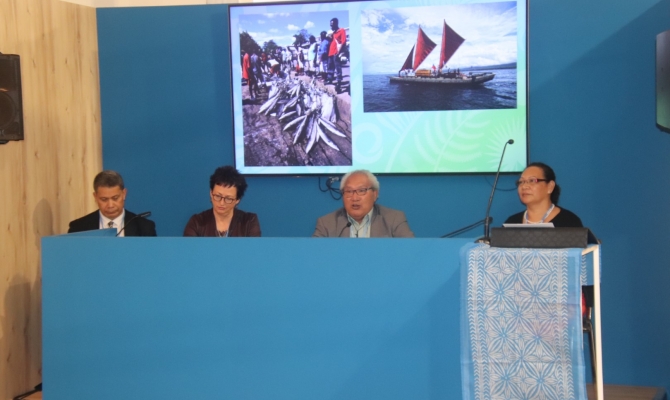 Tokelau to be counted in Paris Agreement

7 December 2018, Katowice, Poland - For the first time, Tokelau will be undertaking a Greenhouse Gas (GHG) Inventory to be submitted with New Zealand’s National GHG Inventory come 2019.  Last year, New Zealand extended its ratification of the UN Framework Convention on Climate Change (UNFCCC) and the Paris Agreement to include Tokelau, after extensive consultations between the two governments.

This now means New Zealand must report on Tokelau’s GHG emissions and removals as well which has led to the joint initiative between the two governments – Project GHG Tokelau to develop the methodology to do so.

“Project GHG Tokelau has demonstrated that although our GHG emissions are next to nothing, indeed, since switching to Solar PV in 2012 they are about half of next to nothing, yet as a small island state, Tokelau is on the receiving end of the most severe impacts of climate change,” said Hon. Kelihiano Kalolo, Minister for Climate, Oceans and Resilience (MiCORE) of Tokelau.

“We are now gathering scientific evidence that this is the case.”

Tokelau consists of three atolls – Atafu, Nukunonu and Fakaofa and has a special relationship with New Zealand.  Tokelau made international headlines becoming the first in the world to have its electricity supply generated by 100% renewable energy, demonstrating global leadership.

Now taking this leadership a step forward, Tokelau will be developing its own National GHG inventory in compliance with the UNFCCC rules in regard to geographical coverage and will ensure its GHG emissions and removals are accurately and thoroughly represented in New Zealand’s National Inventory Report (NIR).

The collection of data, developing common data sets, and the analysis required is at the heart of this project.  To help ensure the analysis and development of common data sets amongst other data requirements is a key component of the project.  To help ensure the success of the project the design of the work contains clear and realistic milestones, as well as an agreement with New Zealand that outlines the different roles and support required.

“How to build an inventory from the ground up, as well as to figure out how New Zealand will include Tokelau’s data in our inventory as it relates to reporting against the Paris Agreement did pose a challenge,” said Ms Kay Harrison of the New Zealand delegation currently at COP24.

“We have worked in partnership with Tokelau to find the best way to response to these challenges, and as the Minister said, the emissions of Tokelau are next to nothing but we all need to take action in climate change and by doing that together we will make the world well.”

To help start this process, a review was undertaken to learn from the lessons of other countries in similar circumstances such as Denmark and France.  All lessons learnt in starting this project were shared during a special event at the Pacific and Koronivia Pavilion on the sidelines of the UNFCCC COP24 in Katowice, Poland. 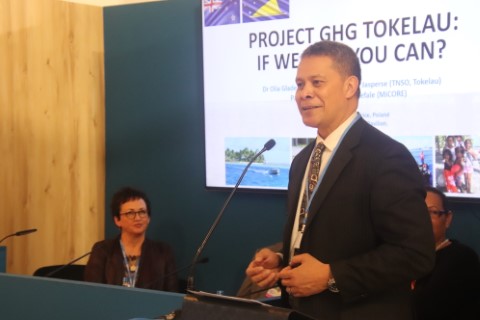 “The other lesson we learnt was that this process must be culturally sensitive, this was also the same message that came out of France and Denmark,” said Mr Penehuro Lefale, Climate Adviser for Tokelau.

The Project Greenhouse Gas Tokelau was showcased at a special event on 7 December, 2018.  The UNFCCC COP24 is hosted in Katowice, Poland from 2 to 14 December, 2018.