Tuvalu Responds to the Urban Challenge 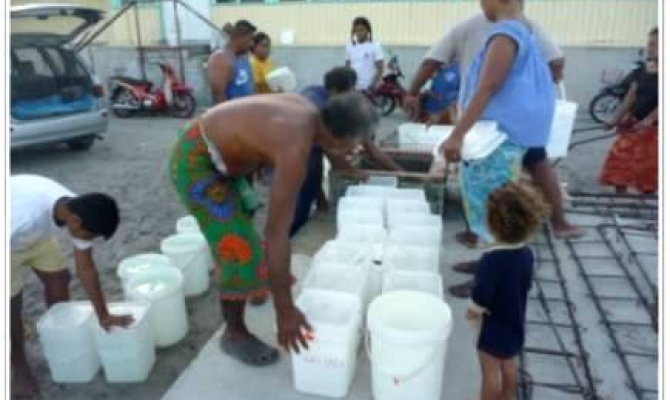 "The stability of any country I believe depends in part on the ability to provide the people with access to clean water and good sanitation, a lack of it we know leads to economic decline, unrest and instability."

Tuvalu's Minister of Public Utilities, Kausea Natano speaks to the people of Tuvalu as the country celebrates World Water Day encompassing the theme "Water for Cities – Responding to the Urban Challenge."

Celebrated every 22nd of March each year, the event hopes to raise awareness on the vital role of water in 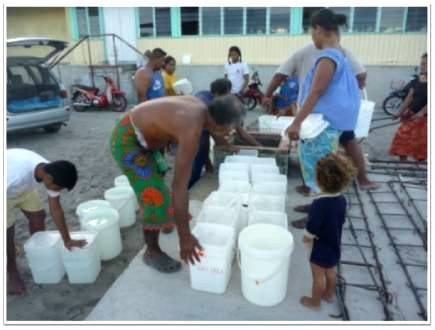 Tuvalu is part of the 13 member countries to the Pacific Adaptation to Climate Change (PACC) Project, with the focus on Water Resource Management to develop their capacity to climate proof, current and future integrated water management plans, for the whole island of Funafuti.

Water supply is a major concern for the people especially during dry spells and with increasing population density. Therefore, the World Water Day is marked as of great importance to the people of Tuvalu.

PACC National Project Coordinator, Loia Tausi, said "We are working collaboratively with the Integrated Water Resources Management (IWRM) Project in trying to devise the activities for the event.

"Because of the urgent issues of the water shortages in Tuvalu we thought we should extend the activities and the awareness-raising to about a week; so we have prepared a week-long program beginning on the 21st to the 25th of March, but with major emphasis on the 22nd which is the World Water Day.

She added, "Plans are in place to put up an exhibition, inviting students to be part of the event, taking them on field trips to see other adaptation measures that the government has in place and one of it is the desalination plant used by the people in times of prolonged droughts.

According to Natano, available freshwater in urban areas such as Funafuti will be under additional strain from climate change and population growth, and people are likely to face water scarcity to the point where the nations' social and economic development is threatened.

"Like any developing nation, this challenge is much too large for Tuvalu to address alone. We need to work and leverage the efforts of our nation, the international community, and partners in the non-profit and private sectors.

"We have had increasing success with simple solutions such as water tanks and large storage concrete tanks, and these simple solutions continue with the introduction of Falevatie or Composting Toilets."

Tausi said that the Falivatie was introduced to the people of Tuvalu as an adaptation option to assist them in their water problems.

"Literally translated means 'house that doesn't use water and is good for the environment' capturing the whole idea of water conservation.

The World Water Day celebration for Tuvalu will be from the 21st to the 25th March, 2011.