Whales in a Changing Ocean Conference opens in Tonga 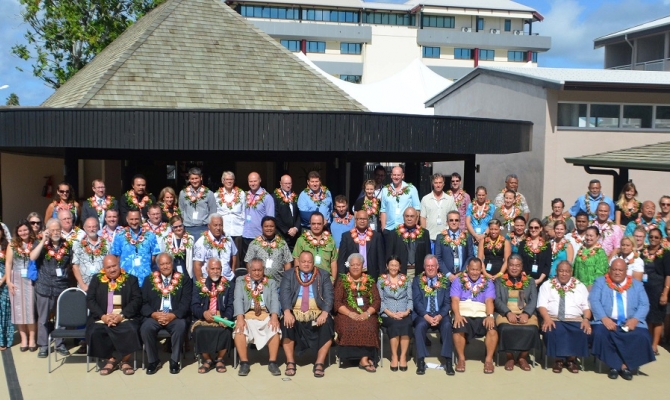 Nuku'alofa, Tonga, 4 April, 2017 - Marking a new approach to whale conservation in the Pacific Region, the Whales in a Changing Ocean conference was officially opened this morning in Nuku'alofa, Tonga.

The conference aims to assess emerging threats to whales from changes occurring in our oceans, as well as review the ecosystem and economic value of whales in the Pacific islands. It will also prepare a regional perspective for upcoming international flora including the United Nations Ocean Conference to be held in New York in June.

Opening remarks were made by Minister for Fisheries of Tonga, Hon. Semisi Fakahau as he welcomed participants to the Kingdom of Tonga for this milestone event. 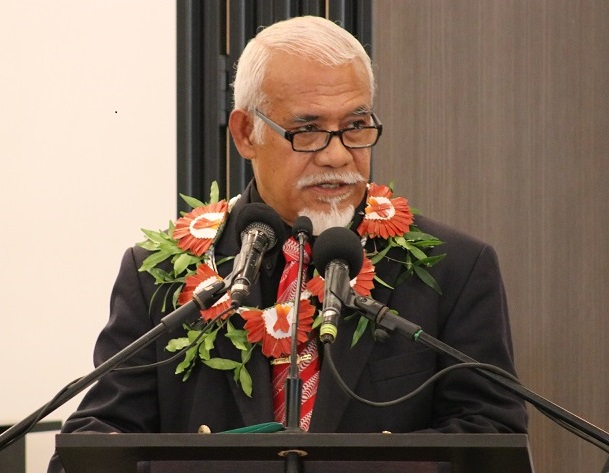 Minister for Fisheries, Tonga - Hon. Semisi Fakahau
,
"The title of this conference is 'Whales in a Changing Ocean,' and it calls for a change not only in how we treat the ocean that sustains us, but also in our thinking about how we value and conserve the marine organisms that live in it," said Minister Fakahau.

The conference, which is a highlight of the regional Protect Pacific Whales Campaign, will also provide an update on the status and trends of whales in the Pacific islands region.

"Our region is home to over half the species of whales and dolphins on planet Earth, and whales are awe-inspiring creatures that have had a central place in Pacific Islands culture for centuries," said Mr Kosi Latu, Director General of SPREP.

The milestone conference is one of the first of its kind to bring together international collaboration between Government representatives, senior officials, academics, civil society, and NGO experts to discuss future collaborations on the conservation of whales especially in the Pacific region.

"The ocean is vitally important to Tonga, which like all the Pacific island countries, is surrounded by the vast ocean. Pacific countries rely on the ocean being healthy and whales are a fundamental contributor to healthy oceans," said His Excellency Andrew Ford during the opening ceremony. 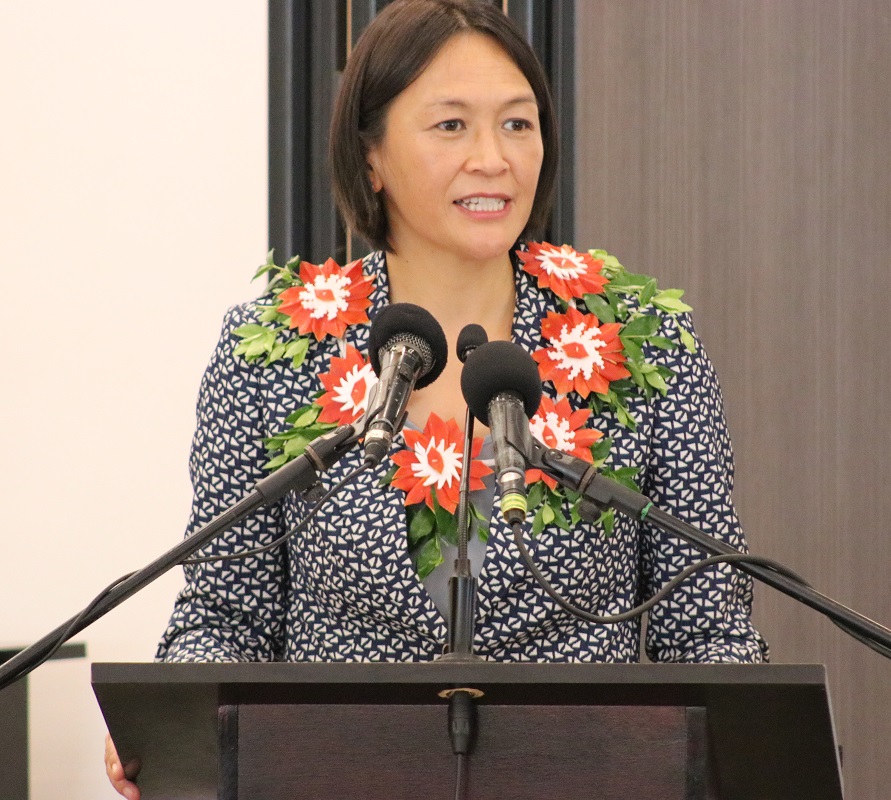 This was further emphasised by Her Excellency Sarah Walsh, the New Zealand High Commissioner to Tonga: "New Zealand is a Pacific Island Nation and like all island nations, the ocean and its resources are vital to our way of life. The Pacific region's ocean resources are critical not only from an environmental perspective, but also an economic perspective."

"Whale watching, in particular, presents a unique opportunity for tourism and revenue generation for the Pacific region, but it must be managed in a way that does not compromise their long-term sustainability."

This year is also marked by the United Nations as the year of sustainable tourism and the Kingdom of Tonga is celebrated as having one of the greatest stories of conservation in the world which was emphasised during the keynote address made by the Acting Prime Minister of Tonga, Hon. Siaosi Sovaleni.

"The Royal Decree of 1978 by His Majesty King Tupou IV banned the hunting of whales in Tonga waters, and was further supported by the introduction of the Fisheries Act 1989, which called for prohibition of killing of cetaceans - whales and dolphins, and the enactment of the Whale Watching and Swimming Act in 2009." 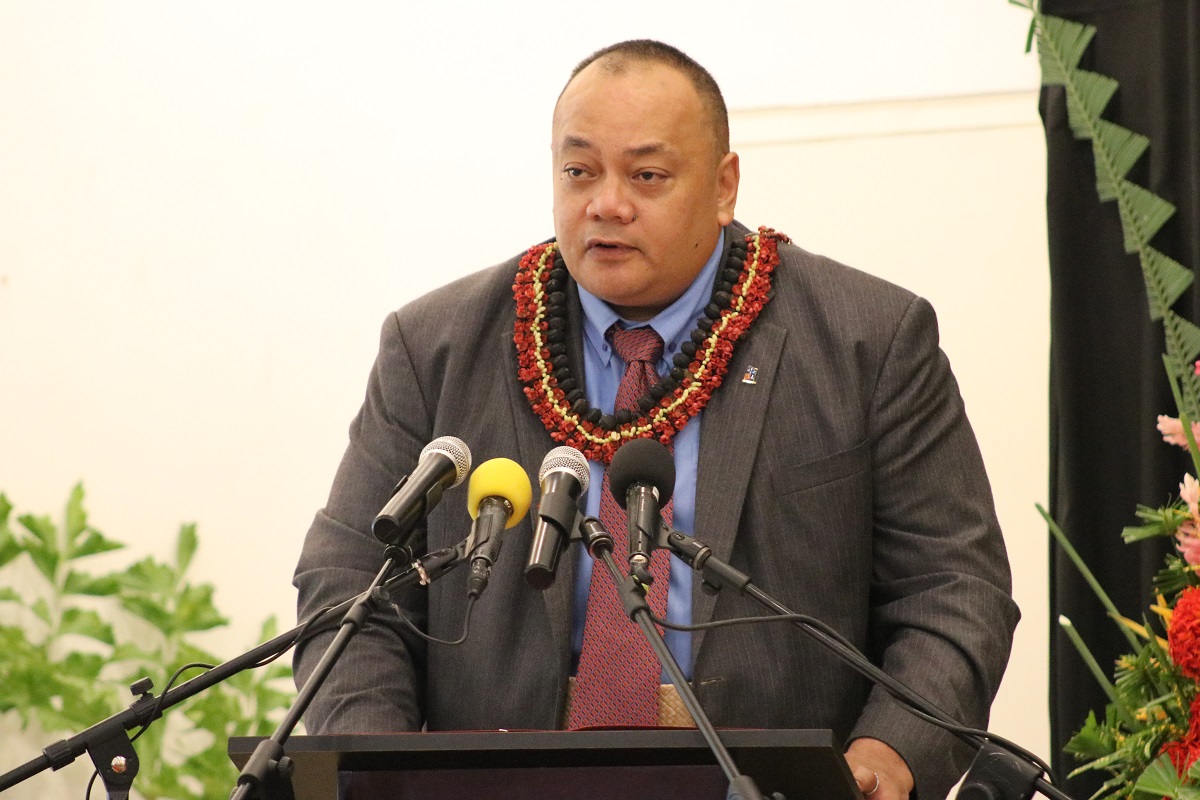 "Whales are ecologically, culturally and economically important in Tonga and the wider Pacific. Tonga has one of the fastest growing whale watching industries in the world, which is expanding and injecting millions into the Tongan economy each year. However, whales are not saved. Today, they still face many threats, including climate change, bycatch in fisheries, and whaling."

The closing remarks of the opening ceremony made by the Minister of Tourism, Tonga Hon. Semisi Sika helped inspire the discussions and days ahead.

"The Pacific islands is a region that treasures and respects whales as a vital part of our ocean wildlife. I am therefore very pleased that so many of the participants who are attending this conference are acknowledged world experts in various fields of whale conservation." 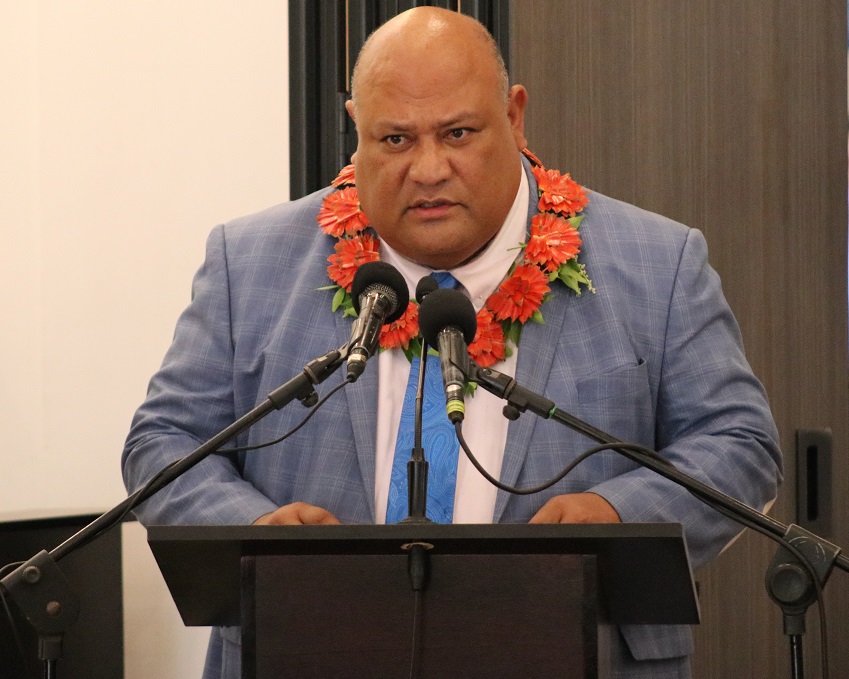 "We earnestly seek your advice in shaping our policies. For our part, as you have heard this morning, Tonga is committed not only to protecting whales while they are in our waters, but also being in the vanguard of a regional commitment."