“Your turn will surely come, sooner rather than later” – Samoa takes the stage at world’s largest climate change conference 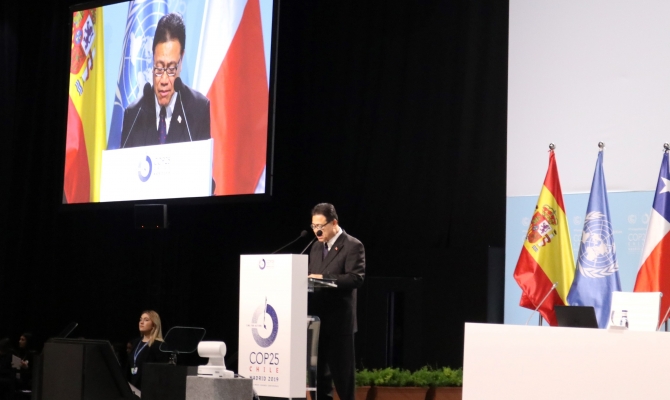 12 December, 2019, Madrid, Spain - The High Level Segment of the Twenty-fifth Conference of the Parties to the UN Framework Convention on Climate Change was held from 10 - 11 December, 2019.  The following statement from Samoa was delivered by H.E Aliioaiga Feturi Elisaia on 11 December.

“What goes around, comes around. And while Samoa and Small Island Developing States (SIDS) are victims now of the impacts of climate change, as sure as the sun rises in the East and sets in the West, your turn will come, sooner rather than later.

There is a misguided notion to portray climate change as a small island developing states concern only. Nothing can be further from the truth. Climate change crosses borders by force and uninvited and does not discriminate by size or might, and will impact every country, though some more extensively than others, like SIDS because of their unique vulnerabilities.

But times are changing.

The world has witnessed in recent times epic occurrences of horrific disasters from climate change and national hazard risks unprecedented in the 74-year history of the United Nations. Tornadoes, bushfires, earthquakes, flooding, droughts – all have resulted in countless loss of lives and untold suffering, and sets back for years the development of some countries.

The Paris Agreement was lauded as a remarkable feat of shared responsibility of bold action. Members decisiveness and unanimity resulted in the agreement’s entering in to force in record time, an unprecedented achievement – and a positive reminder that, where there is a will and unity of purpose, there is always a way, and when every member state irrespective of economic or political status steps forward to lend a supportive hand, the chances of success are invariably high.

The focus of the Paris Agreement on ambitious national action and the inclusion of all member states is a timely reminder that “many hands make light work” and all contributions matter, and no action is too small or insignificant as every action count. Importantly, it places the responsibility of addressing climate change squarely on every individual leader in terms of what national actions he or she can commit to deliver as his or her country’s contribution to our collective task.

Even before the implementation phase of the Paris Agreement commences, the same parties that negotiated every single word and sentence in the agreement before it was gaveled, are this week suddenly finding loopholes, using narrow legal interpretations and disguised excuses to renegotiate the spirit of the agreement to conveniently opt out of their obligations, if not to renege on their responsibilities altogether.

One wonders whether some parties are here to join us find ambitious and effective solutions to address climate change or simply to stifle progress to protect their vested national interests.

But today, Samoa, as a member of other like-minded groups including the “High Ambition Coalition”, is here to be part of the solution in our fight against the causes of climate change. We are keen to lead, and not to be led. Even if the impact of our efforts is negligible, we are committed to do everything possible through our enhanced Nationally Determined Contributions for the benefit of our people, our generation and those to follow. 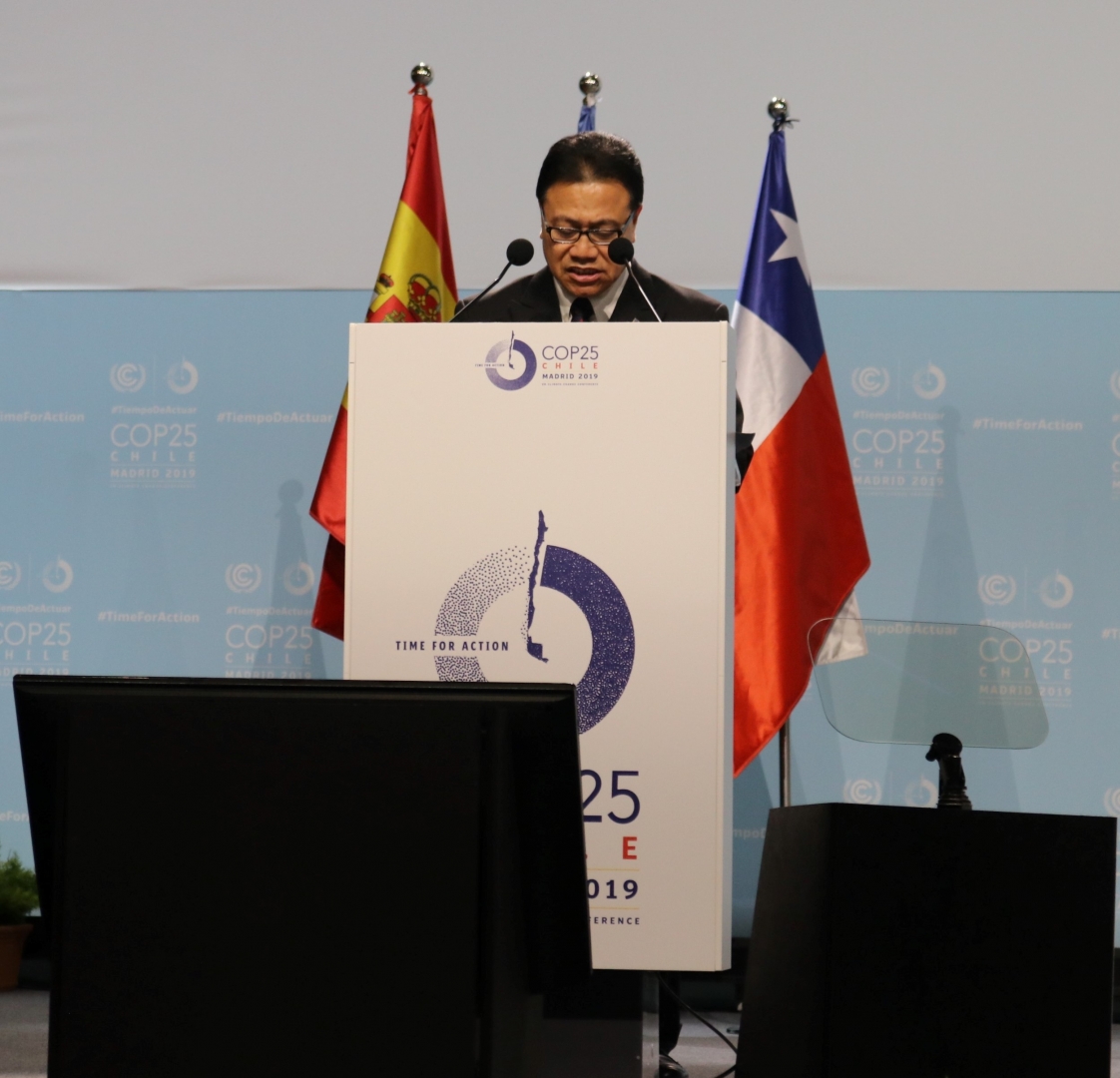 Those suggesting they are implementing bold actions for the sake of our vulnerable Small Island Developing states should instead take time to inform their constituents and voters alike, especially those who believe in climate change, that in the final analysis, the actions they will implement will benefit their economies, their people and ultimately the very survival of their own countries.

When Samoa and SIDS told the world early that their coastlines were eroding, the sea level was rising and climate change was humanly induced, some member states scorned at the notion and did not take our concerns seriously. Instead, they asked for scientific evidence to back up our claim, as a convenient stalling tactic to frustrate our resolve. Yet, when the world’s top scientists, including some of their countries very best validated our concerns scientifically, including the report on the imperative of keeping global warming to below 1.5 degrees Celsius, some countries refused to accept the evidence and still use every opportunity to discredit such reports.

Science has spoken, and the message clear and unambiguous.

Humanity’s ability to keep global warming below 1.5 degree Celsius is possible, but we must unite behind the science. From extreme weather events to sea level rise, from slowed economic growth to biodiversity loss, the report speaks to the risks of exceeding 1.5 degrees Celsius because ignoring it will lead to far greater consequences. Science should not be used selectively and championed only when it suits a government’s agenda and discarded and abandoned freely when it doesn’t.

Our Pacific region’s contribution to the science interface is through the Pacific Climate Change Centre in Samoa to play a critical role in enhancing the awareness particularly of Pacific island countries on the complexities of climate change and its impacts.  The Centre is an important regional resource we can use to support our efforts to build more resilient Pacific Island Communities. The Pacific Climate Change Centre will be a globally respected Centre of Excellence providing practical information, support and training to address the adaptation and mitigation priorities of Pacific communities. It will be underpinned by strong partnerships with Pacific Governments, applied research institutions, donors, civil society and the private sector.

Thank you and God Bless."

The UNFCCC COP25 is held in Madrid, Spain from 2 to 13 December, 2019.  For more information please visit www.unfccc.int