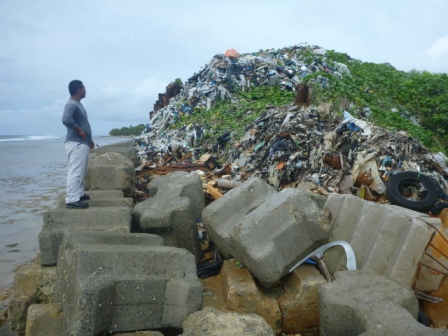 The large coral atoll Majuro, part of RMI has been selected as the demonstration country for integrated solid waste management. Majuro has a land area of 9.7 square kilometres (3.7 sq mi) and encloses a lagoon of 295 square kilometres (114 sq mi). As with other atolls in the RMI, Majuro consists of narrow land masses.

The main population center, also named Majuro, population 25,400 (as of 2004), is the capital and largest city of the Republic of the Marshall Islands. Majuro has a port, shopping district, hotels, and an international airport. (source: Wikipedia)