20th Anniversary of the SPREP Treaty 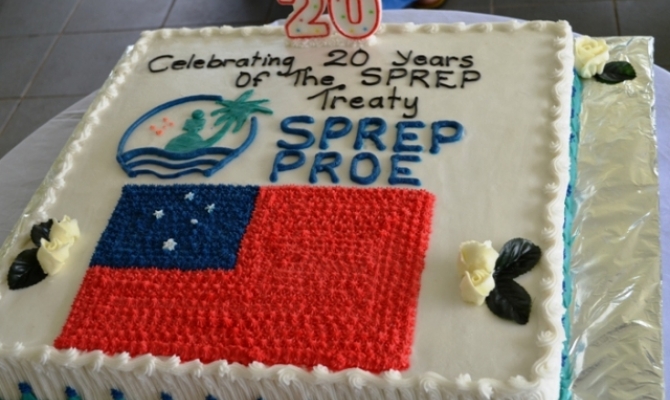 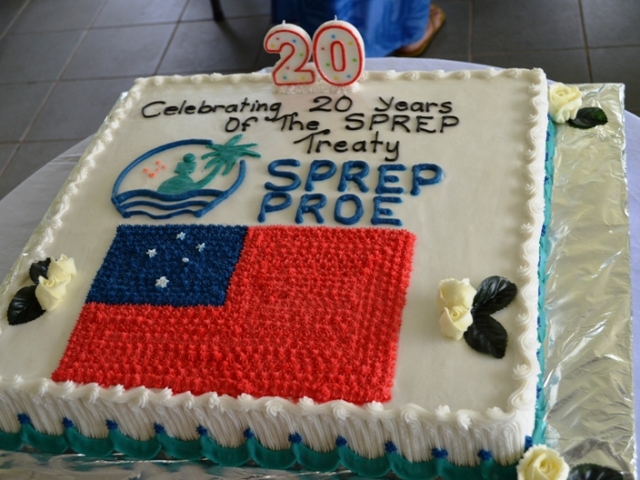 On 16 June in 1993 the Secretariat of the Pacific Regional Environment Programme (SPREP) came into being with the signing of the SPREP agreement. This established SPREP as a fully autonomous body to be located in Apia, Samoa.

"Through establishing SPREP, Pacific countries and these wise persons made a strong statement to the region, and to the world, about the importance of managing and protecting our environment," noted Mr. David Sheppard, Director General of SPREP during a special ceremony.

"Put simply - if we don't look after our environment then there will be no future for the people of the Pacific."

The significant event was commemorated at the SPREP compound today with a ceremony followed by a tree planting activity. 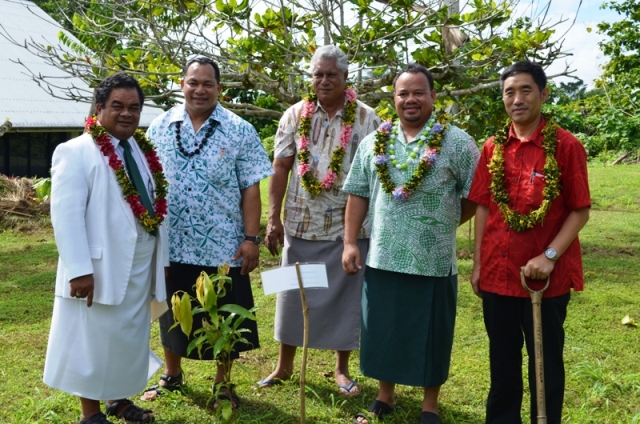 Taule'ale'ausumai Laavasa Malue, the Chief Executive Officer of the Ministry of Natural Resources and Environment of Samoa also made a speech congratulating SPREP on their years of work.

"There has been much progress at SPREP and it has been very positive, whatever positivity SPREP achieves, Samoa is proud of."

Several guest speakers also shared their memories of SPREP, Dr. Tusani Joe Reti, the Former Coordinator of SPREP and F. Vito Lui, Former Deputy Director of SPREP. There were also special messages read out by former colleagues of SPREP as David Sheppard shared that once you have become part of the SPREP family you remain so.

The role of partners in helping SPREP become what it is today was also acknowledged by Mr. Sheppard who said:
"I would like to acknowledge the more than 40 donors and supporters that support SPREP's efforts to make the Pacific environment a healthy and sustainable one. I would particularly like to thank the Governments of Australia and New Zealand who are our largest programmatic supporters. I would like to also acknowledge with appreciation the following partners and donors of SPREP present at this ceremony: UNDP, the Government of China and the Government of Japan. Thank you very much to all donors and partners, we appreciate your trust and we will work hard to earn it."

"I would like to acknowledge, with the deepest and most sincere appreciation, the Government of Samoa, for all you have done to support SPREP in Samoa. We would not be the organisation we are today without this support, so generously given. Not only do we appreciate being hosted here, but we also appreciate the opportunity to learn from the practical experience of Samoa in managing its environment. Samoa is a leader in the Pacific in the environmental field and SPREP is very pleased and honoured to work with and learn from you." 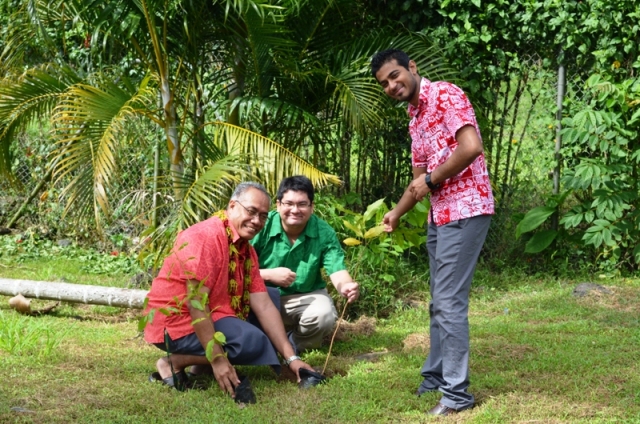