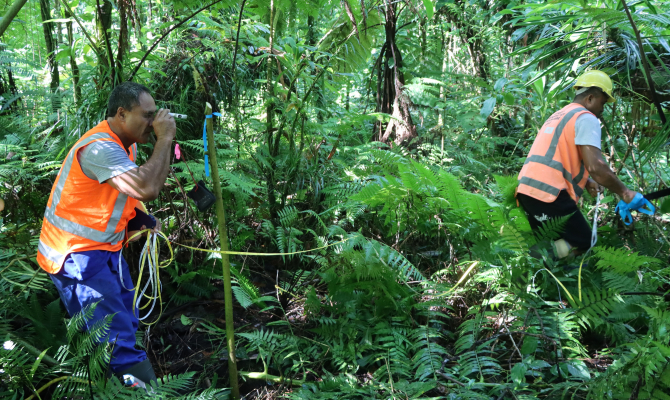 The very first baseline survey and assessment of the Masamasa-Falelima National Park has indicated evidence of the presence of the Manumea, Samoa’s endemic rare tooth-billed pigeon.  The survey took place in June this year  as part of the Intra-ACP GCCA+ Pacific Adaptation to Climate Change and Resilience Building (PACRES) activity to prepare a Management Plan for the Park.

The survey assesses current status of flora and fauna to identify the best management strategies and actions are for the Park.   It was conducted by the Government of Samoa’s Ministry of Environment and Natural Resources (MNRE) with the Secretariat of the Pacific Regional Environment Programme (SPREP),

“There were a number of interesting key findings, including evidence of the presence of the Manumea, which is believed to be on the verge of extinction. We are excited to publish the findings of the survey and begin working with SPREP to draft the Park Management Plan,” said Moafanua Tolusina Pouli, Assistant Chief Executive Officer of MNRE Forestry Division.

“The survey of the Masamasa-Falelima National Park took us two weeks to complete, as we covered an extensive land area - a total of 5,648 acres.  This is the first time to carry out a baseline assessment of the area which is crucial for the development of the Management Plan.”

A total area of 2400m2 of forest and 55 bird count sites were included in the survey, which covered 24 forest plots as well as the south coast end between Fagafau and Falelima villages to the Park edge on Northwest Savaii - Asau and Vaisala villages. 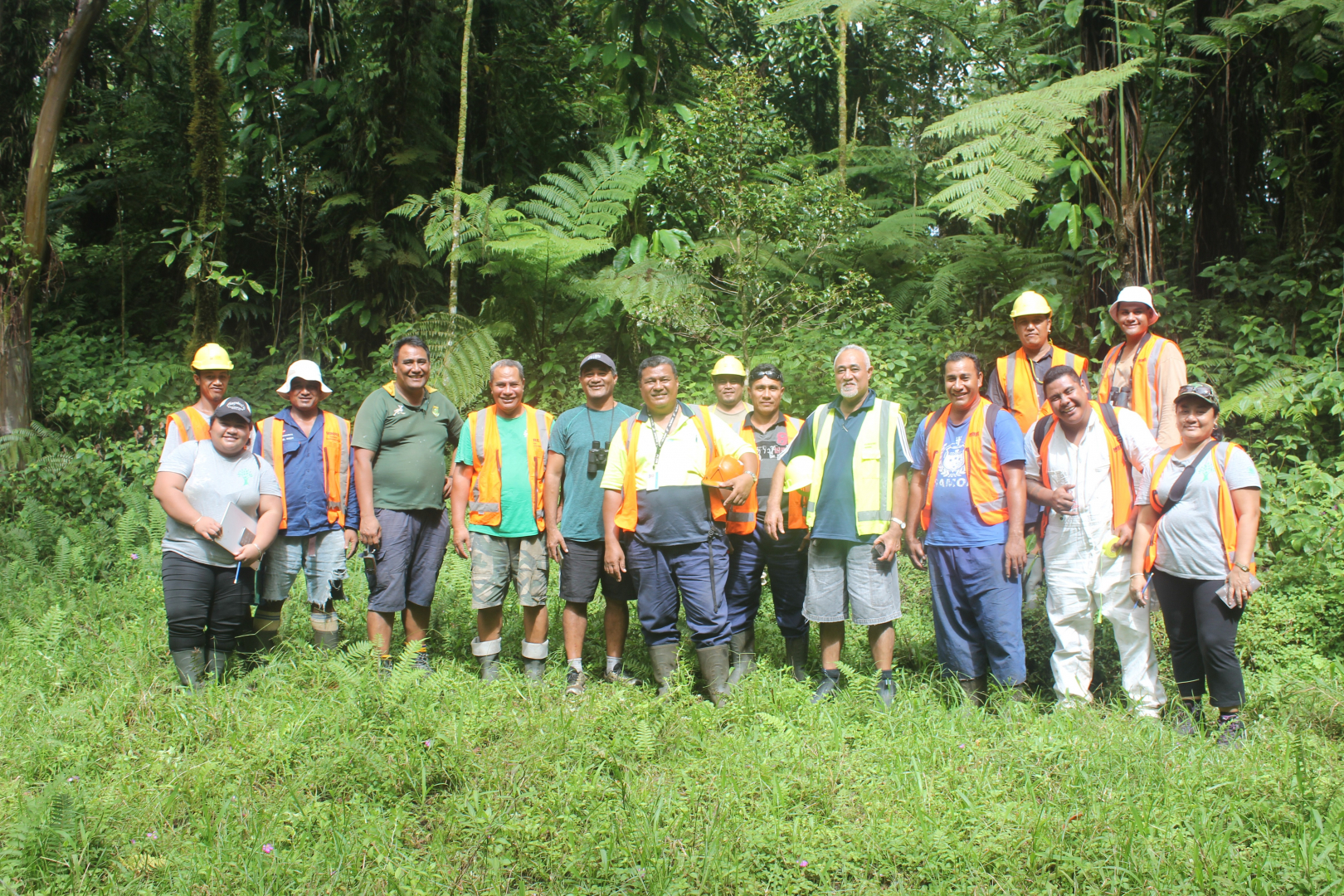 Seventy per cent of the park is covered almost entirely by Forest Plantations, which were replanted following the logging operations of the 1960s and 1970s in west Savaii. It is estimated that a large portion of the initial forest plantation was also destroyed by Cyclones Ofa in 1990 and then Val in 1991.

In 2007, following the declaration of the National Park the replanting of native tree species such as malili, tava, and asi toa was a priority, to naturalise the area with Samoan forest trees.

The 30 per cent of the Park that was not replanted is covered by unlogged forest, now dominated by siapatua (Elaeocarpus angustifolius), the naturalised invasive alien forest tree common along the west of Savaii.  This is a result of the damage caused by the 1990 Cyclones.

Despite the Park area being covered by planted exotic trees, a very high diversity of native flora and fauna was noted during the survey, especially in higher altitude areas.

The survey found evidence of the presence of Samoa’s critically endangered endemic manumea bird, along with several other threatened bird species of Samoa such as the Samoan white eye, island thrush, many coloured fruit dove, and Samoan whistler. 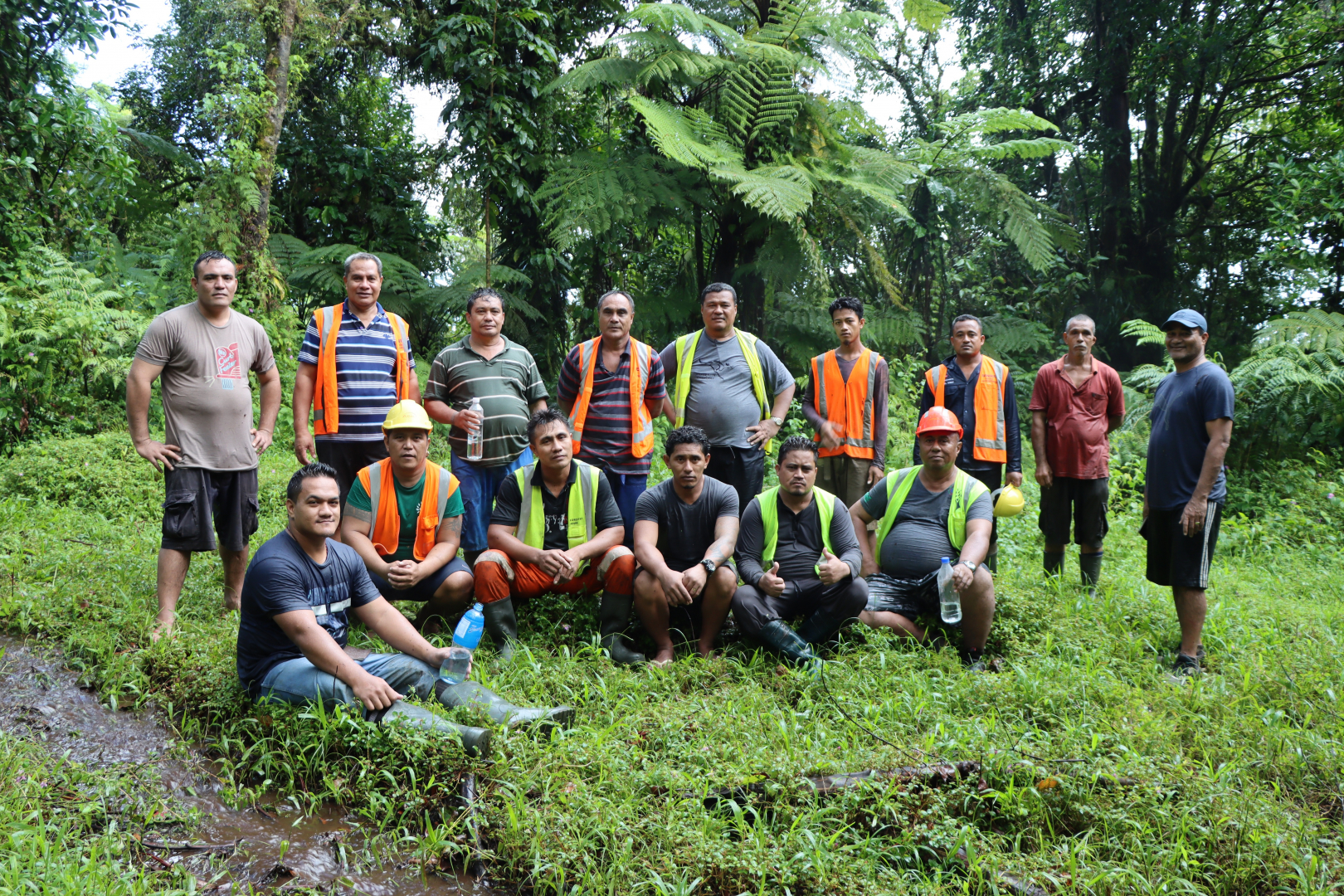 “SPREP is pleased to partner with the Government of Samoa for an activity that has so many positive national findings..  We’re grateful for the funding support from the European Union which has helped enable the very first step to a management plan for the Masamasa-Falelima National Park of Samoa,” said Ms Tagaloa Cooper-Halo, Director of Climate Change Resilience of SPREP.

“Pacific resilience is crucial for our Pacific communities and the stronger our environment is, the better we are able to bounce back from the impacts of climate change.”

A positive outcome of the survey was the absence of the invasive myna birds, an invasive species that is rampant in Upolu island.

The Masamasa-Falelima National Park extends from the north to the south of Asau – Falelima forest areas and provides a very important environmental function for the conservation of biodiversity, and as a natural carbon sink.

A major consideration for the Management Plan is the looming dilemma on the use of the exotic forest plantations as an economic asset, against its value for building climate resilience as well as the impact on the native biodiversity.

The survey was conducted from 15 – 26 June, 2020 with Mr. Toeolesulusulu Cedric Schuster the PACRES  consultant, members of the Forestry Division of the Ministry of Natural Resources and Environment from both Upolu and Savaii, and Ms Emma Arasi-Sua, PACRES Knowledge Management Officer.

PACRES is funded by the European Union and aims to deliver better regional and national adaptation and mitigation responses to climate change challenges faced by 15 Pacific ACP countries. The €12 million project is delivered jointly by the Secretariat of the Pacific Regional Environment Programme (SPREP), the Pacific Islands Forum Secretariat (PIFS), the Pacific Community (SPC) and the University of the South Pacific (USP).