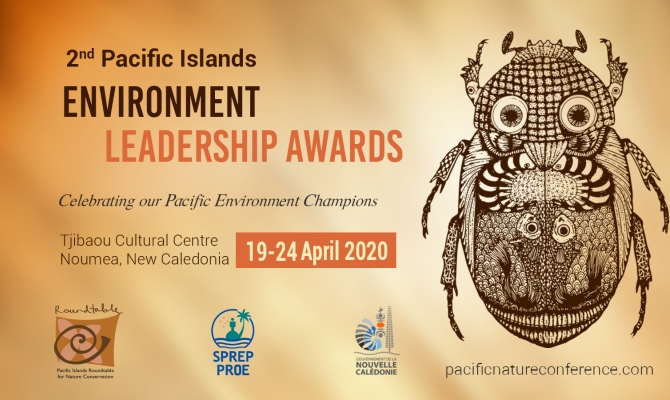 Good “green” media coverage encourages environmentally friendly behaviour, as a way of preserving life and traditional ways of living. The best media in the Pacific which promotes this attitude, and way of life, will be honoured in 2020 with an award.

In 2020 the Secretariat of the Pacific Regional Environment Programme (SPREP) and the 10th Pacific Islands Conference on Nature Conservation and Protected Areas will recognise and honour Pacific Islanders with a strong commitment to environmental reliance.

The 2020 will feature, for the first time, a new award for excellence in leadership and innovation in environmental media

“Climate change is a major issue facing the people of the Pacific,” said Mrs. Lisa Williams, an editor and reporter with PMN News.

“And the best way to educate people about these issues, and how to deal with them, is with careful media coverage.”

Mrs. Williams added that it is good that these media activities are recognized, because that is another way to promote important environmental issues.

According to a report in the International Journal of Scientific Research and Education, environmental awareness has assumed a global dimension because of media coverages across the last few decades.

“It is an important way to focus attention on climate change and how it will affect the lives of Pacific island people,” said Mrs. Tuilaepa-Taylor.

Mrs. Tuilaepa-Taylor also said that corporate social responsibility programs will not matter by 2050, or 2100, if the world has not embraced the causes and consequences of climate change. This embrace will only be possible with a public educated about critical environmental issues.

According to a report by the Guardian, most of the public in developed nations – such as the United States, Canada, the United Kingdoms – recognise the climate crisis as an “emergency.” They also say politicians are failing to properly tackle the problem.

Environmental awareness is a familiarity and understanding of deeper environmental issues. This awareness has a great effect on environmental stewardship attitudes of people, and it influences environmentally friendly behaviours. The people in turn shape government policies and business practices.

Media coverage of environmental issues is not easy or safe. According to a report by Vanity Fair magazine, between 2005 and 2016, 40 journalists died around the world while reporting on environmental issues. That is more than died in Afghanistan during the same period.

SPREP, the partners in the 10th Pacific Islands Conference on Nature Conservation and Protected Areas and PIELA ceremony, are asking for people to nomination groups and people with a commitment to environmental issues across the awards categories.

All of these are now open for nominations until 30 November, 2019.