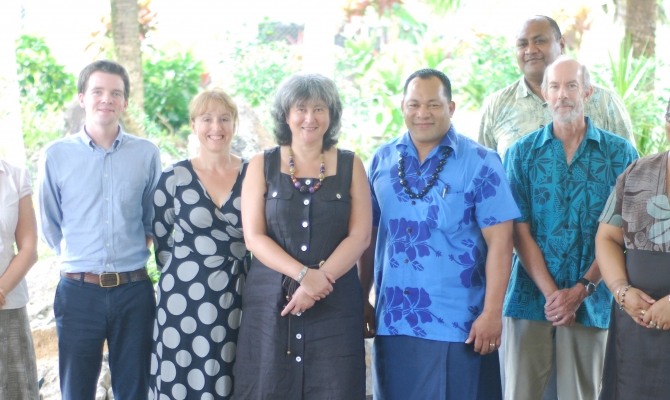 Accompanied by Second Secretary Political, Ms. Sue Feasey, she was informed of key SPREP activities and projects as well as the priorities of SPREP members in accordance with the new SPREP Strategic Plan.

A key issue discussed during the meeting was the accession of the United Kingdom to the SPREP Treaty and its anticipated membership of SPREP.

"The UK plans to attend the SPREP meeting in September and are hoping to send a ministerial delegation if possible," said Mr. Kosi Latu, the acting Director-General of SPREP.

"The UK is looking forward to engaging Pacific island countries on environmental matters through its membership in SPREP."

Also discussed was the European Union's financial assistance through its European Development Fund (EDF) to which the UK contributes 12%. The official development assistance of the United Kingdom, including that to the Pacific region is channeled through the EDF. 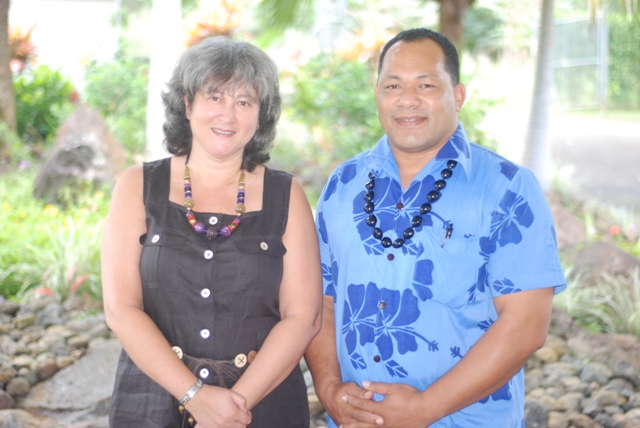 "The British High Commissioner expressed the UK's interest in climate change in the Pacific, and explored possible opportunities with SPREP in which the UK could collaborate with Pacific island countries."

The British High Commission have supported key activities at SPREP including the successful Climate Change Film Project in 2008 and 2009 that produced a range of Pacific island films on climate change showcased at the climate change film festival. These films were then prepared to DVD for distribution by SPREP.